A BOOZED-UP punter was chucked out of the Crucible tonight after heckling the referee.

At the start of the evening session of the David Gilbert v John Higgins semi-final clash, a mobile phone started ringing during the break-off shot. 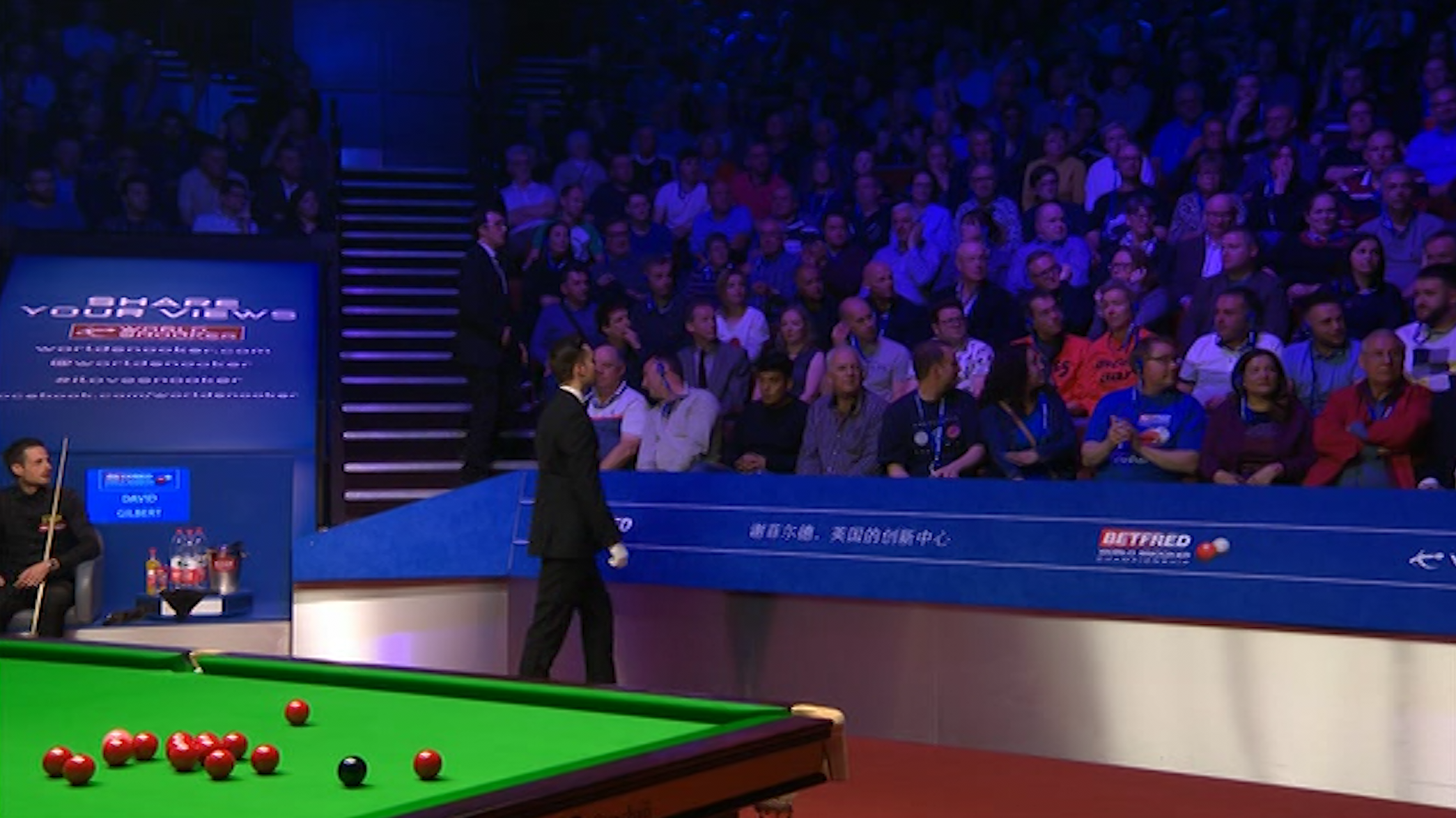 The German ref Marcel Eckardt, 29, asked for it to be turned off immediately but the culprit shouted back: “Shut up.”

Once pointed out by the ref, security located the middle-aged man in the VIP section – where tickets cost several hundred quid – and ejected him from the arena before the match could resume.

When Derby star Gilbert asked what was going on, the ref replied: “It wasn’t a mobile phone – it was the guy who shouted at me. It wasn’t about the mobile phone, it’s what he said.”

Apparently the gentleman had been warned before entering the theatre after enjoying the hospitality too much before the evening session.

most read in sport

A World Snooker spokesman said: “We want everyone to have a great time but we do reserve the right to eject people whose behaviour is unacceptable.”

Meanwhile Gary Wilson was left red faced earlier in the day after missing the chance to sink an easy red and instead potted the white ball.

In the 11th frame of his Betfred World Snooker championships semi-final with Judd Trump, he miscued the white and the ball left the table before bouncing into the pocket. 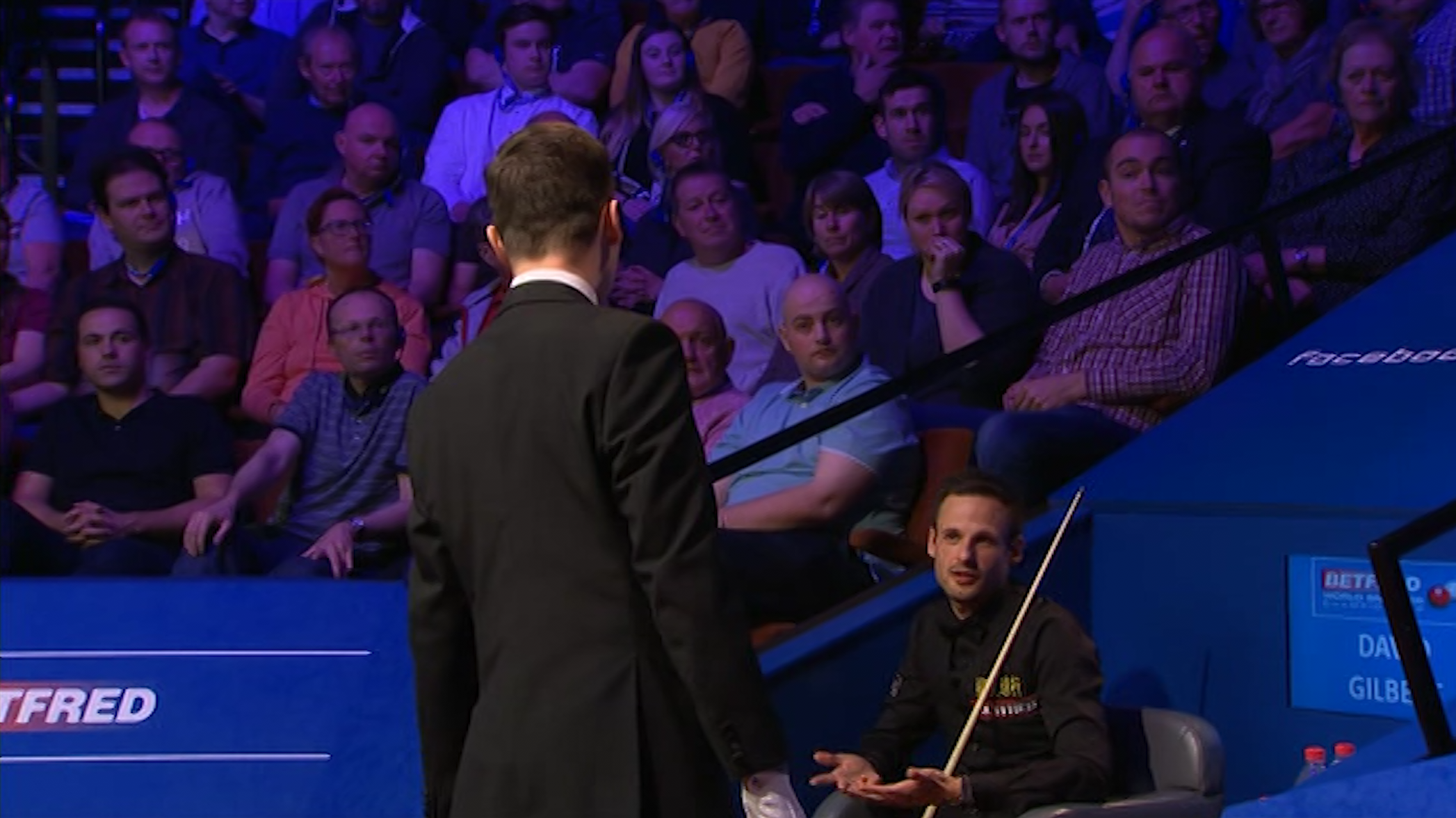