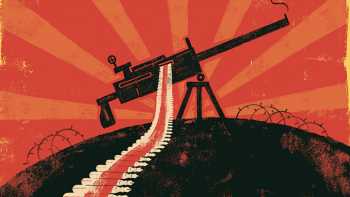 The Writers Guild of America has removed the judge assigned to its lawsuit against Hollywood’s four major talent agencies, using its only preemptory challenge.

The WGA had asked Los Angeles Superior Court Judge Marc Gross to voluntarily recuse himself from the case earlier this week but Gross refused, leading to the guild using its right to remove him on Friday.

Gross, who serves in the Santa Monica Superior Courthouse, had been assigned to handle the WGA’s lawsuit against WME Entertainment, CAA, UTA and ICM Partners. The guild is seeking to block the agencies from accepting packaging fees from studios, which the guild alleges violates the agencies’ fiduciary duty to clients.

Gross is married to Susan Gross, who most recently was a consultant at Media Strategies International. Prior to that, she worked for three years as an executive vice president at FremantleMedia North America. Her resume also includes stints at Endeavor Talent Agency, TNT, and Graham King’s GK-TV.

In a letter to the court on April 30, WGA attorney P. Casey Pitts notes that Endeavor has since merged to form WME, one of the defendants in the suit. Pitts also cited Susan Gross’ experience at GK-TV and TNT as a potential source of conflict, noting that under the WGA’s theory, TV producers that pay packaging fees to agencies could be liable for violations of state law.