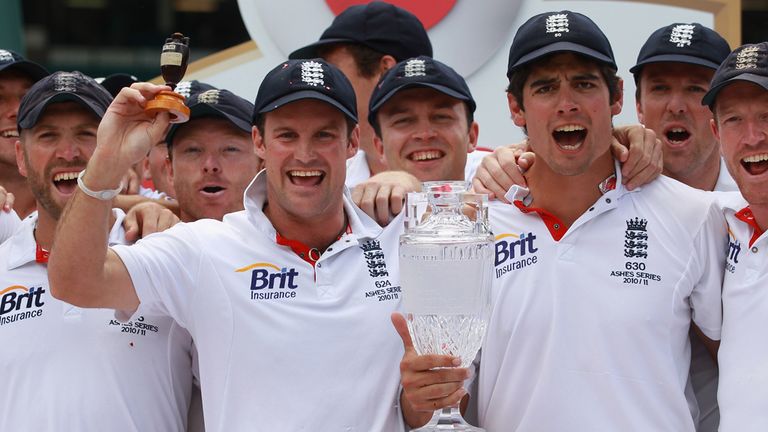 Andrew Strauss’ place in cricketing history was long assured before he became the third man to lead England to Ashes series victories home and away.

To mark news that he is to receive a knighthood, we take a look at 10 defining moments in his career… When Strauss’ Test debut crops up in the commentary box, you can bet it’s because of his second innings dismissal – run out by out-going skipper Nasser Hussain – than his attack-blunting maiden century in his first Test knock for his country. The new kid on the block was here to stay.

Fresh from powering past 1000 Test runs, Strauss’ third hundred of the series – and his fifth ton in his 11th Test – came in the fourth match to set the platform for a memorable victory, even if it did require a Matthew Hoggard (7-61) masterclass to finish the job and earn a 2-1 lead. After a slow start to the Ashes, Strauss stepped it up in the third Test at Old Trafford to score a valuable 106 but his iconic moment of the series came in the fourth Test at Trent Bridge, where he flung himself to his left at slip and hung in the air for an eternity to pluck an edge offered by Adam Gilchrist off Andrew Flintoff.

Kevin Pietersen’s 158 took the headlines as the Ashes were won but it was Strauss who shored England up in the first innings – his stoic first-day century resisting Australia’s attempts to power out of the blocks in search of the victory they required to square the series. After being overlooked for England’s 2007 tour of Sri Lanka, Strauss returned refreshed for the 2008 tour of New Zealand; his career-best 177 in the third Test cemented his place in the side and put him back on track for greater glories to come. His celebration on reaching three figures said it all…

There was to be no shifting Strauss from the side or the crease in India, as he became the 10th Englishman to make a hundred in each innings of the same Test (bad luck, Nasser), following up his first innings 123 with 108.

Things could only get better after England were bowled out by West Indies for 51 in Strauss’ first Test as permanent captain and they did, with England regaining the Ashes under his leadership in 2009; his first-day 161 paved the way for England’s first Ashes win at the Home of Cricket since 1934. 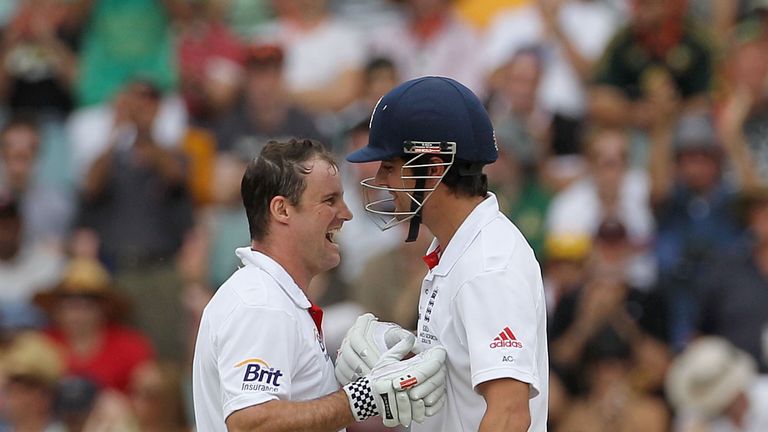 Records continued to fall under Strauss’ captaincy as England ended 24 years of pain by beating Australia on their own turf for the first time since 1986/87. His first hundred in Australia – and 19th overall – helped to blunt the Aussie attack, Alastair Cook and Jonathan Trott also filling their boots, to foil the hosts’ victory hopes.

England No 1 in the World

Strauss led England to top spot in the Test rankings in style as India suffered a 4-0 whitewash, the culmination of his meticulous planning with Andy Flower. His third Test 87 was rather overshadowed, though, by his successor-in-waiting – Alastair Cook plundering 294.