You're in an upbeat, social mood today. In fact, you might be feeling just a little bit wacky! And you're attracted to zany people with original, unique points of view. In conversation, there's a sense of exploration as you learn about others' careers and interests. It's easy to get fired up now. You may even end up being inspired by someone's work, and taking on their favourite cause as your own. 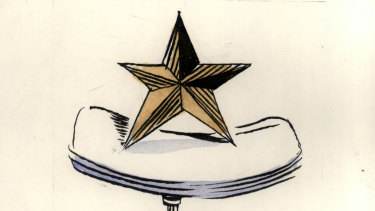 Today's cosmic influence pushes you to work on your group skills. You're a mellow, easygoing person — that is, until you feel like you're backed into a corner. Then, you can get pretty headstrong about your point of view! That's the kind of dynamic that could develop today, as the current energy highlights your stubborn streak. Consider this a good lesson in working with people whose ideas differ from your own.

You're in a bright-eyed, bushy-tailed, sociable mood today. If you use the current energy simply to connect with friends both old and new, that will be enjoyable enough. But you could make this influence even more productive if you tap into it with a particular goal in mind. Humanitarian efforts are particularly favoured now. In fact, anything you do that's intended to improve the world in some way should go well.

Today, you may notice that working with a group of friends or coworkers is fun and fruitful, but time spent one-on-one is less so. If there's a distance between you and someone you're close with, don't take this personally. It's simply the current energy at work, which is somewhat unemotional in nature. That's why it's so easy to be productive: Messy feelings don't get in the way.

Creativity abounds today. You may feel as if your ideas are electric, but you could just as easily feel pressured to push toward greater heights of originality, to prove how courageous your thinking can be. Imaginative ideas are a wonderful thing if they arise honestly. But falling short of sheer genius could make you feel inadequate. Have confidence that you're brilliant in moments. That's the most anyone could hope.

Even if you prefer working alone, today it's smart to join forces with a group of like-minded people. For starters, you'll get a lot more accomplished that way. Tossing ideas around with other people creates kinetic, intellectual magic, as creativity builds upon ingenuity. But more than that, this offers you a chance to broaden your thinking. Strive to open yourself to people and concepts that seem impractical, or even absurd.

Tap into your networking skills today. You're in the mood to connect with other people, whether in person or via the phone or Internet, and whether they're old friends or brand-new acquaintances. And there's a wonderfully unconventional energy circulating now. Many people are focused on bettering the world in some way, and you can be instrumental in that process by putting your people skills to good use.

Your people skills may be tested today. There's an emphasis now on teamwork and equality — and the latter may cause trouble for you. You tend to have your own ideas and agenda, even when you're working closely with other people. You might try to steer them in certain directions without being explicit about your goals. But now it's important to be open about your ideas, and to mesh them seamlessly with others'.

Original ideas occur to you like strokes of lightning today. You're like a philosopher and a scientist rolled into one, and the combination adds up to sheer genius! If you focus on bettering the world in some way, you stand to create something truly meaningful. But even if you just use this energy to connect with your fellow humans, you're making a difference. Everyone could use an interesting, inspiring friend like you.

Especially if you tend to spend a lot of time alone, focused on your own projects, it's time to break out of your cocoon and join the world. This may be in a social setting; it's a great day for gathering with friends and family and catching up. It's also a good time to work shoulder-to-shoulder with a group of like-minded people who are pushing toward the same goals as you.

Today, you're in your element. Your focus is turned outward, toward your community or even the world at large. You feel a generous urge to improve conditions for everyone. It's a great time to throw your energy into a humanitarian or environmental cause. You can really make a difference, especially if you join forces with other people who are interested in the same goals as you.

You're drawn to groups of people today. Whatever you're up to, you're happier if you have a friend or coworker by your side. This is smart thinking, because teamwork is favoured under the current influence. Even just connecting socially with others is good, because it strengthens your bonds and creates allies for later. It's even savvier to connect with folks who are actively trying to change the world for the better.