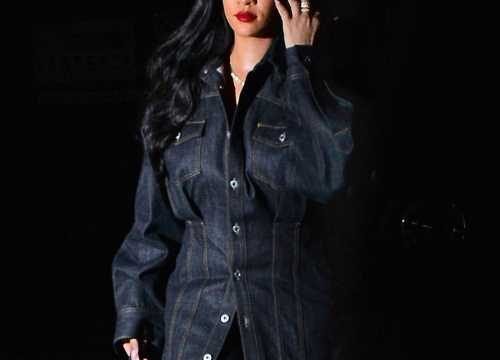 Rihanna covers the latest issue of the New York Times’ T Magazine. The piece is all about Rihanna’s historic partnership with LVMH, and how she’s the first black woman to have her own flagship fashion line with a major French fashion company. The Fenty line will be huge, just like everything Rihanna does. While Rihanna has always been a kick-ass person, I feel like she’s grown even more confident and self-assured with each year – she’s 31 years old now, and the way she owns her goals and her vision is sight to behold. You can read the full piece here. Some highlights:

Why now, why with LVMH: “I’ve been slowly evolving throughout the fashion world. First wearing it, buying it, being recognized for my style and then collaborating with brands. I never just wanted to put my name on something and sell my license. I’m very hands-on, so I wanted to take it slowly and gain respect as a designer. I already had a relationship with them after the Versailles campaign, so they extended the offer to me and it was a no-brainer because LVMH is a machine. Bernard Arnault was so enthusiastic; he trusted me and my vision.

Her aesthetic: “I love a corset. We put a corset in a suit, a dress, a shirt, a denim jacket and a T-shirt dress…. I use myself as the muse. It’s sweatpants with pearls, or a masculine denim jacket with a corset. I feel like we live in a world where people are embracing every bit of who they are. Look at Jaden Smith, Childish Gambino. They dare you to tell them not to.

Contrary to popular opinion, she’s not partying 24-7: “There has been quite an evolution in that party. In the beginning, it was just my culture, my life. And now, the party, believe it or not, is at work. I do not go out. I will go to a dinner. I try to have as much fun as I can during work. And even after work, when I’m literally in my kitchen having a drink, I invite all my staff. And we work, still.”

Becoming “thicc” over the past few years: “It just changed how I dress in terms of my proportions. You wear what looks good on you and that’s it. I’m thick and curvy right now, and so if I can’t wear my own stuff then, I mean, that’s not gonna work, right? And my size is not the biggest size. It’s actually closer to the smallest size we have: We go up to a [French size] 46. We’re saying we can meet you at any one drop that we put out.

Being a black woman in the fashion industry: “It’s never alleviated, you know? You’re going to be black wherever you go. And I don’t know if it’s unfortunate or fortunate, because I love being black. So, sorry for those who don’t like it — that’s the first thing you see before you even hear my voice. There are also other factors: I’m young. I’m new to the family. I’m a woman. Those factors do come into play, but I will not apologize for them, and I will not back down from being a woman, from being black, from having an opinion. I’m running a company and that’s exactly what I came here to do. I don’t know if it makes people uncomfortable or not, but that’s not even my business, you know? I do know that the reason I’m here is not because I’m black. It’s because of what I have to offer. That’s what they’re invested in. And the fact that I’m black is just that: a fact.

Whether she will do more movies: “I’ll probably try a little more, but not until I know I can handle a lead and carry a movie on my own, because I’ve been offered — I’m always like, “Guys, thank you for trusting me, but Angelina Jolie is over there.”

Love the Angelina Jolie shout-out! Rihanna was super-cute in Ocean’s Eight and I would love to see her do more of that stuff, or maybe a few indie films, or anything really. Maybe Rihanna, Lupita and Angelina do a film where they go around Europe, stealing art and seducing men and then day-drinking fine wine with each other. Also, I love this: “You’re going to be black wherever you go. And I don’t know if it’s unfortunate or fortunate, because I love being black.” That whole section is just a series of hand-clap emojis honestly.

Rihanna also talked briefly about the new album and whether it will include some cameos. She did confirm that it’s probably going to be reggae, and she still is nowhere near completion. She denies that she’s working on a collab with Lady Gaga and obviously there’s no collab with Drake. Her fans call this album R9 and she says she doesn’t even have a name for it yet, so she’s calling it R9 too. 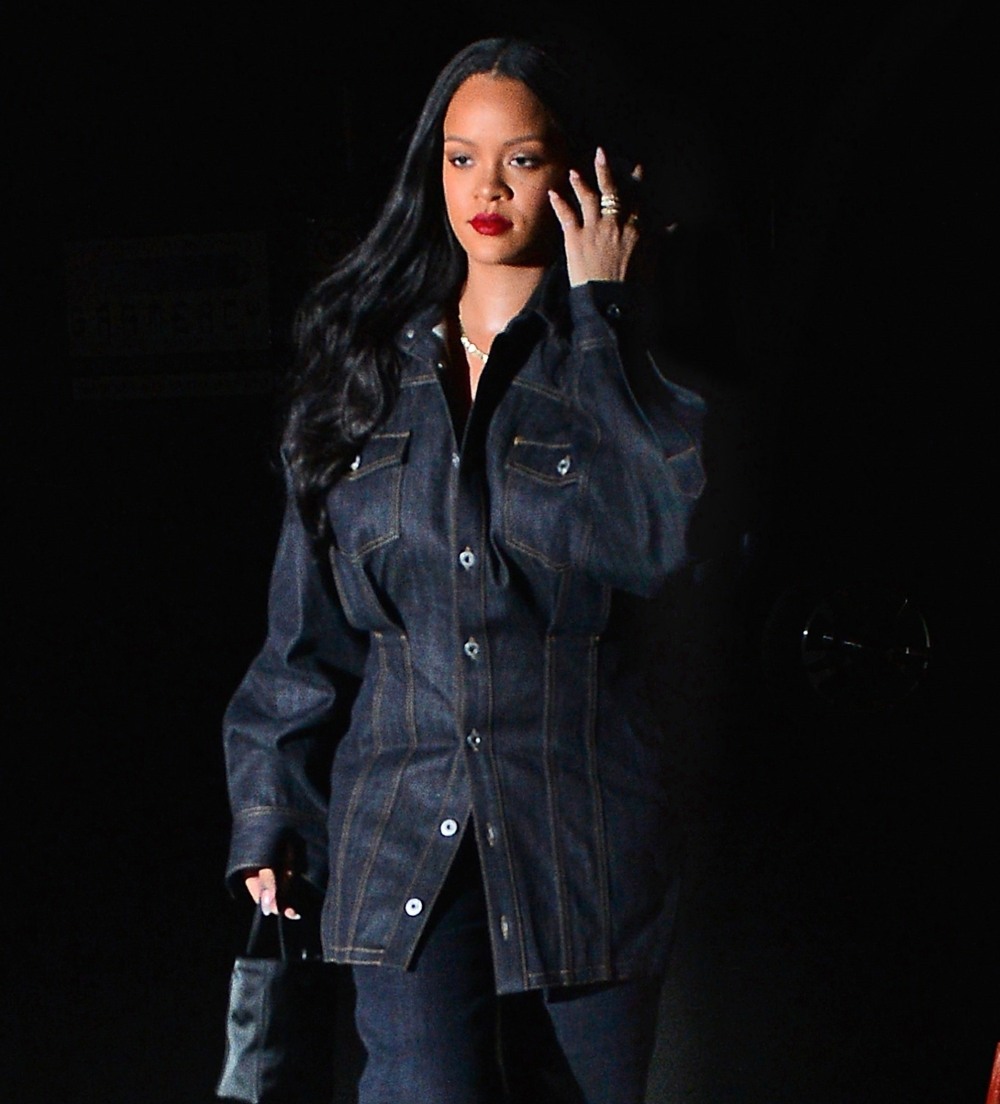