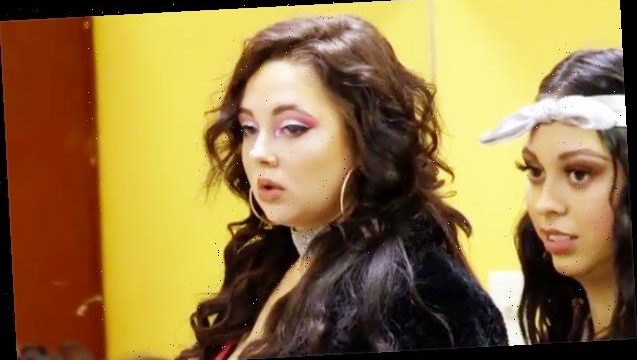 Briana DeJesus and Jade Cline were both hit with major drama during the Sept. 22 episode of ‘Teen Mom 2’.

Teen Mom 2 never fails to deliver viewers with a healthy dose of drama, and the Sept. 22 episode was further proof of that. To start, Briana DeJesus received heartbreaking news after reuniting with Luis. Just days after Luis told her that he was enjoying spending quality time with both her and their daughter, Stella, Briana learned that she tested positive for chlamydia after having unprotected sex with her ex. Fortunately, she was told it’s curable with antibiotics, but because Luis acted so “reckless” with Briana’s health — as Briana’s mom, Roxanne, said — they’d probably never have sex again.

Meanwhile, Jade Cline was preparing to graduate from beauty school and she really wanted to walk with daughter Kloie “down the aisle” as she punched out one last time and received her “diploma” (aka her license). But because her mom can never be trusted, and Jade’s mom was bringing Kloie to the event, nothing went as planned. Jade told her mom to arrive at 11am, but she didn’t walk in until 12:20pm. Jade and her friends waited for over an hour for her mom to show up, but despite the drama, Jade still graduated and received her license with Kloie in her arms.

Later, Kailyn Lowry received a call from her estranged mom. Kailyn’s alcoholic mom was simply calling to tell her that her grandmother had died, but because Kailyn already knew that and hadn’t heard from her mom in “years”, she didn’t know why she was reaching out. Kailyn basically blasted her mom for trying to come and go as she pleases, while making her wonder whether her mom is “dead or alive” on a daily basis. Kailyn’s mom said it wasn’t all her fault that they have a strained relationship, but Kailyn disagreed. She also later told a producer that she didn’t feel her mom was sober during their phone conversation.

As for Chelsea Houska — she dealt with Aubree both wanting a cell phone and wanting to invite her dad, Adam Lind, to this year’s father-daughter dance. Chelsea and husband Cole DeBoer came around to the idea of allowing Aubree to buy a cell phone if it has restricted settings, but Cole wasn’t thrilled with the idea of going to the father-daughter dance with Adam by his side. However, he made sure Chelsea knew that he wasn’t afraid to be near Adam. In fact, he said he’d “cut in” if Adam danced with Aubree too long and didn’t allow him to have his own one-on-one time with her.