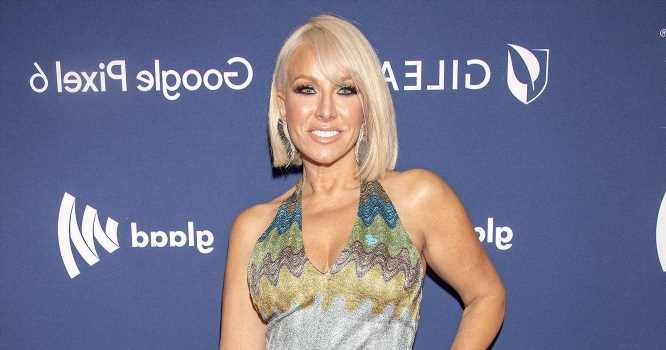 “Today would have been Jan’s 75th birthday,” the Real Housewives of New Jersey star, 55, wrote via Instagram on Monday, September 5. “He passed away unexpectedly last week and a piece of us died with him. We are heartbroken.”

The Bravo personality and her ex divorced in 2013, but the former couple remained close despite their split.

“The night before he left us we shared a beautiful conversation of how blessed we are, our children all successful and happy and that we could only brag to each other,” the reality star continued. “We spoke everyday, he was my family. Jan was an amazing father, grandfather, friend, partner to his girlfriend, he loved everyone unconditionally, he loved Motown, working out and Italian food, but most of all he loved his family.”

Former ‘RHONJ’ Stars: Where Are They Now?

The Caviar Dreams, Tuna Fish Budget author accompanied her post with a throwback snap of Jan in his younger years, noting that she selected it for two reasons: “I chose this photo not only because it was one of his favorites but because he had a youthful spirit and will be forever young.”

After Margaret announced the sad news, tributes poured in from her costars. “Happy heavenly birthday Jan ❤️,” Dolores Catania commented via Instagram. “I hear the oldies playin from here.” Jackie Goldschneider added, “Happy birthday Jan. I know he was so loved.”

Housewives from other franchises also sent the “Caviar Dreams” podcast host their best wishes via Instagram, leaving sweet messages in the comments section of her post. “What a beautiful photo,” wrote Dorinda Medley. “My heart is sad for you and your family. We love you.” Braunwyn Windham-Burke chimed in to add: “Sending you all my love and light.”

According to a memorial website for Jan, the New Jersey native died on August 26, and his funeral was held on Wednesday, August 31, in his home state.

Margaret and Jan tied the knot in 1994 when she was 24. At the time, Jan had full custody of his three kids from his first marriage. The duo later welcomed a son in 1996, but he and his step-siblings have famously never appeared on RHONJ.

The Macbeth Collection designer moved on with Joe Benigno, whom she wed in 2013. Margaret and Jan ended their marriage because of her affair with the contractor, but the former couple eventually moved past the drama.