It’s time for a big change in the Wessex household with Prince Edward and Sophie Wessex sending their daughter Lady Louise Windsor, 18, off to university. Here’s how the Queen’s granddaughter is set to follow in the footsteps of Prince William‘s wife Duchess Kate…

It was announced in August that Lady Louise had been granted a place at St. Andrews University in Scotland to study an English Degree, and she’ll be in good company when it comes to the alumni as both Prince William and Kate Middleton studied there.

WATCH: Everything you need to know about Lady Louise Windsor

William obtained a 2:1 degree in Geography and Kate passed with a 2:1 in History of Art. The royal couple lived in halls of residence together, in a building called St. Salvator’s Hall known as Sallies, and later they shared a house near the campus.

Lady Louise is off to university

Going to the same university as Kate will also open up the opportunity for the same hobbies as the Duchess. Lady Louise could well find herself getting stuck into running and swimming, just like Kate did during her uni days.

The Duchess also reportedly co-founded an all-girls club dedicated to drinking alcohol, and perhaps if the society is still going, Louise may consider joining in.

As well as being a new start for Louise herself, we’re sure it will be a big upheaval at her family home in Surrey, Bagshot Park, where her mother and father will no longer have their first born around the place. Louise’s brother James, Viscount Severn, who is 14, will remain at home for a while as he is studying in school. 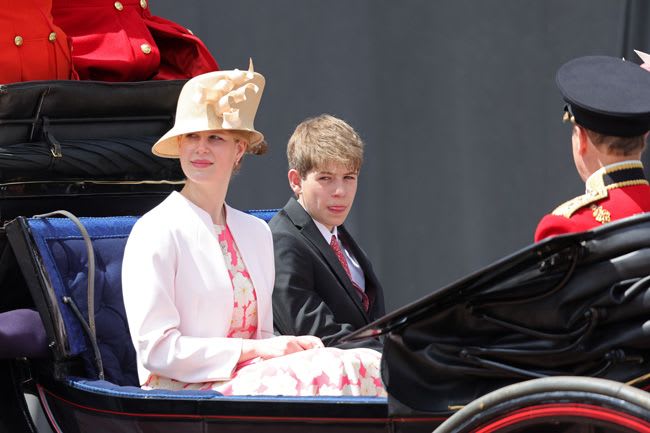 Louise has a brother, James, who remains living at home

Although Edward and Sophie haven’t spoken publicly about their daughter’s achievements and decision to go on to university, we are sure they are very proud. In a previous interview, Sophie revealed that her children are “very likely to have to work for a living” rather than rely on being in the royal family. Lady Louise proved that she’s not work shy at all, as she secured her own summer job at a local garden centre ahead of her university news.