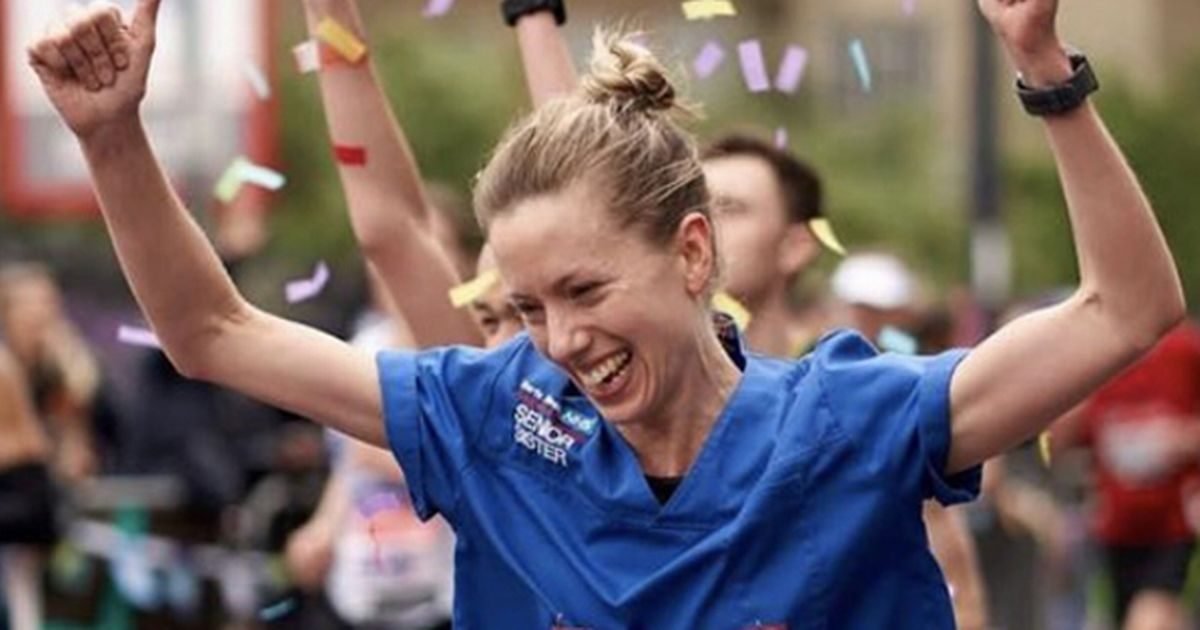 A nurse who ran the London Marathon dressed in her work uniform was denied the chance to get her name in the book of Guinness World Records as she wasn't wearing a dress.

Jessica Anderson, who works at the Royal London Hospital, wanted to be the quickest woman to complete a 26.2 mile race dressed as a nurse.

But despite crossing the finish line in 3.08:22 – faster than the current record – Guinness said her attempt wouldn't count because she was wearing scrubs with trousers.

The organisation's strict rules state that a nurse's uniform must include a blue or white dress, a pinafore apron, and a traditional nurse's cap.

Officials told Ms Anderson that scrubs are too close to the fancy dress requirements for a doctor's uniform.

Speaking to magazine Runner's World, the senior sister called the rules "outdated", and said: "I was quite taken aback when I read that they'd rejected my application.

"Some of the nurses I work with do wear dresses, but mostly we wear scrubs or a tunic and trousers."

However the organisation has now said they will review her case.

The official account tweeted: "We’re aware of the news surrounding Jessica Anderson’s attempt for the fastest marathon dressed a nurse at this year’s London Marathon.

"Inclusiveness and respect are values that Guinness World Records holds extremely dear and while we always need to ensure we can differentiate between categories, it is quite clear that this record title and associated guidelines is long overdue a review which we will conduct as a priority in the coming days."

She added: "I'm sure Guinness World Records don't intend to cause offence, but it would be nice if they decided to revise their criteria."

After finishing the race she shared a photo on Instagram with the messag: "Yesterday was incredible!! I couldn’t have asked for a better day.

"Ps. @guinnessworldrecords this is what the fastest female marathon runner in a nurse’s uniform ACTUALLY looks like."

The official world record for a woman running a marathon in a nurse's uniform is held by Sarah Dudgeon, who set a time of 3:08:54 in 2015.