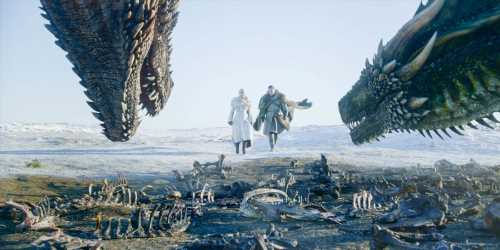 Game of Thrones suffered another major leak on Sunday (May 5).

A short video from a future episode of the hit HBO series emerged on social media spoiling the death of a major character in the series, Deadline confirmed.

PHOTOS: Check out the latest pics of Game of Thrones

It is not yet known if the one minute-long video, which is currently circulating on Twitter, is from Episode 4 (due to air on May 5), or is part of one of the two episodes left in the season afterward.

One week prior, stills from Episode 3 leaked from the highly anticipated battle at Winterfell with the Night King. The second episode was released early on Amazon Prime Video in Germany. The first episode of the final season also hit DirecTV Now four hours prior to schedule.

The next episode of Game of Thrones airs tonight on HBO at 9 p.m. ET.