John Mulaney‘s wife Anna Marie Tendler shared an emotional self-portrait marking the day news broke that her husband was in rehab for a drug and alcohol addiction. But the image also signaled a spiritual day of enlightenment and change.

“The Great Conjunction,” Tendler captioned the photo of herself laying alone on the ground in a dark, haunted-looking room. “(December 21, 2020).” Page Six broke the initial news that Mulaney checked into a rehab facility on Dec. 21, 2020. At the time, fans only knew that Mulaney sought treatment. His reps declined further comment, but rumors began to build that Mulaney’s marriage was also in trouble. In May 2021, the couple announced they planned to divorce. 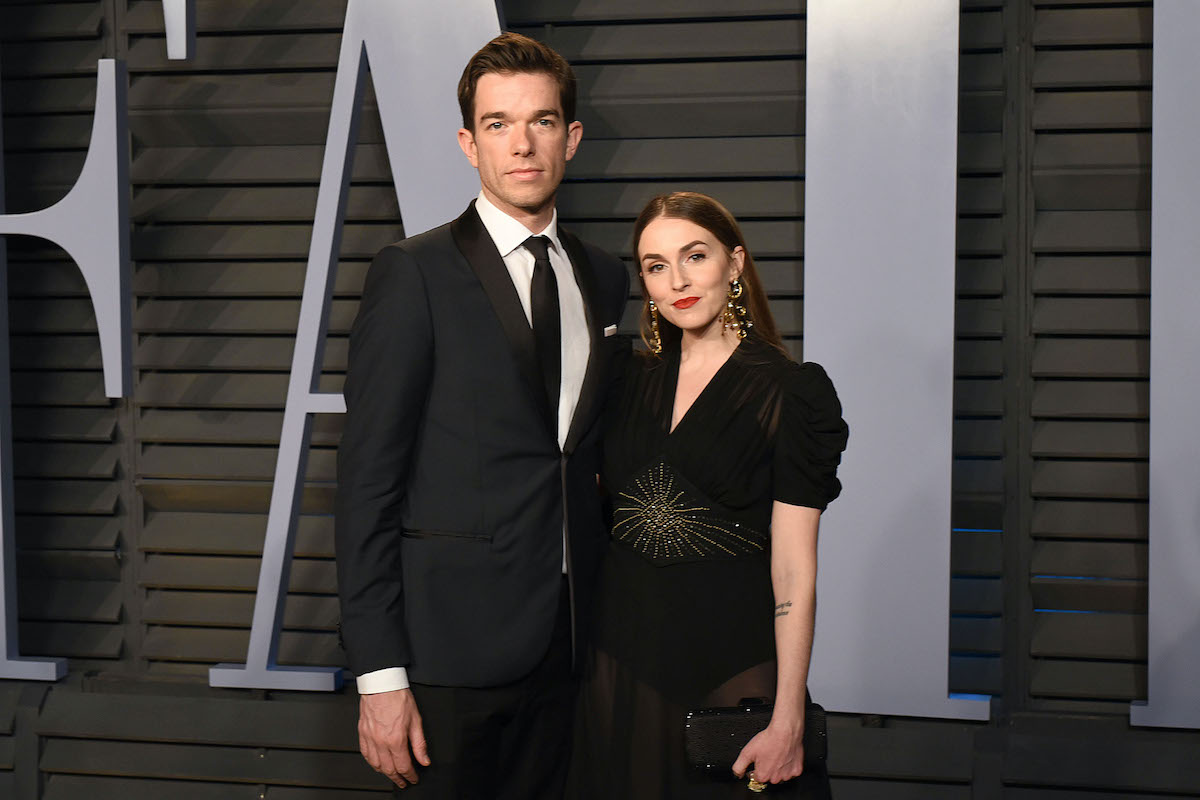 What does ‘The Great Conjunction’ mean?

Behind the scenes, trauma seeped into the couple’s life, especially for Tendler as it became increasingly apparent she did not want the divorce. Her only statement referred to Mulaney as being the one who wanted to end the marriage. She also wished him the best in his recovery. The couple has remained silent about the split. Then rumors surfaced that Mulaney is dating actor Olivia Munn. But Tendler has communicated through her artfully crafted photographs, almost visually and cryptically sharing her side of the story.

Along with the date on her latest photo, “The Great Conjunction ” has deep meaning, a day that arrived on Dec. 21, 2020, which was, ironically, the day life publicly changed for the couple. “On December 21, a rare alignment between Jupiter and Saturn, also known as a Great Conjunction, is set to shake things up politically, socially, and in your personal life as well,” according to Allure. “It only happens once every 20 years, so what happens now will have ripple effects for decades to come.”

The Great Conjunction is meant to be completely life-changing. But those changes are designed to make life better, which was likely hard to see for Tendler at the time. Also, “A Great Conjunction represents a time for you to release old habits in order to make way for new ways of doing things,” Allure reports. “If you aren’t open to change, it can feel uncomfortable. But if you are, you can make incredible progress toward dreams you’ve held onto for a long time.”

Anna Marie Tendler shares her pain and emotion through her art

Tendler may not be doing interviews, but she’s saying plenty through her art. Only hours before the couple formally announced they planned to divorce, she shared a photo sitting alone in a room cradling the couple’s dog, Petunia. “Happy Mother’s Day to all the women who have chosen unconventional paths of motherhood, and to those for whom the unconventional paths have chosen them,” she wrote.

She then posted another photo where she appears to be saging her home as a spiritual cleansing ritual. “New Moon in Taurus,” she captioned the photo. Shortly after rumors began to mount about Mulaney and Munn, Tendler posted a new, heartbreaking photo where she is seated alone at a dinner table set for two people. As she did in many of her photos, she’s dressed in a flowing gown. She captioned the image, “Dinner In March.”