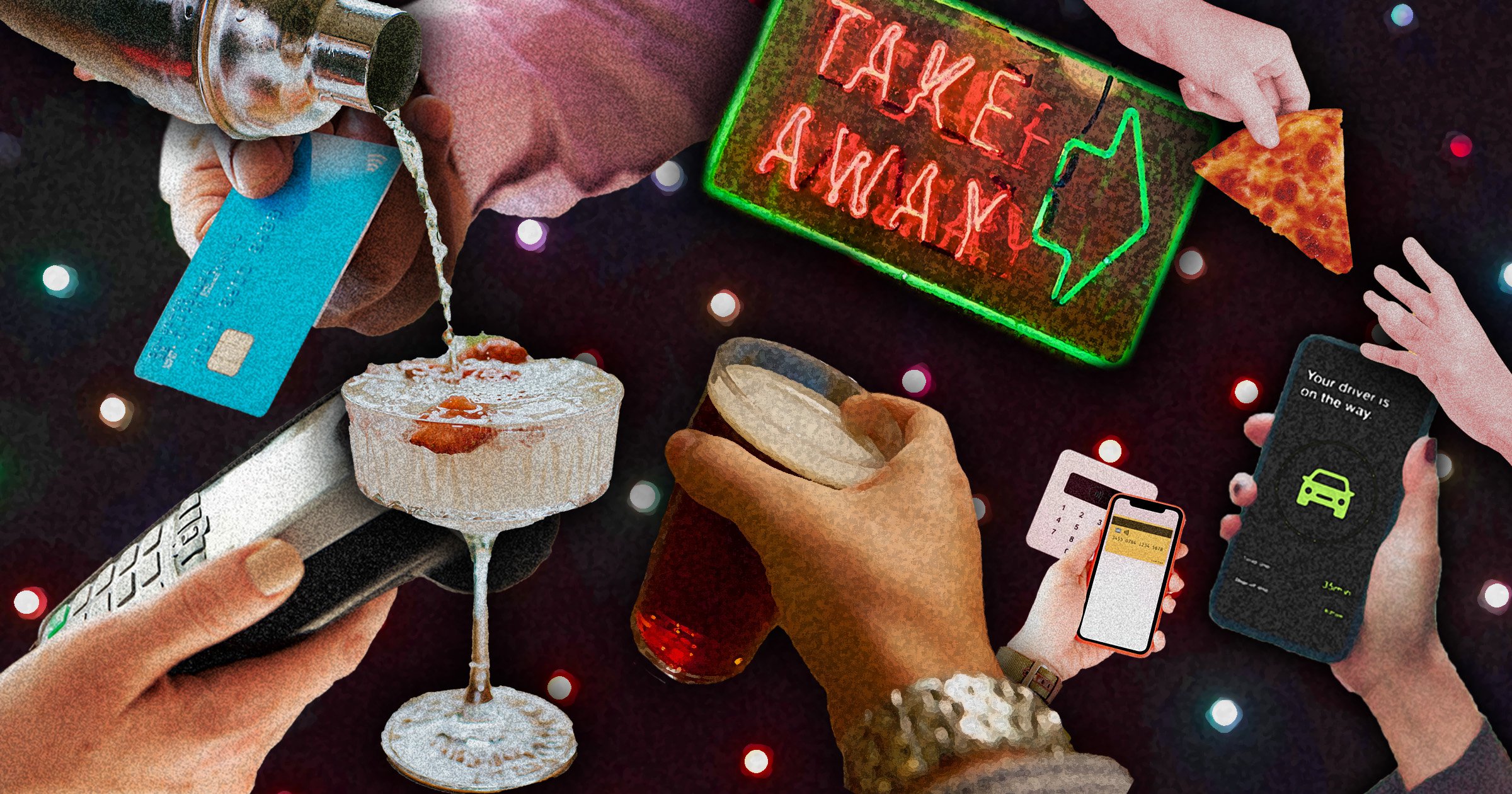 Many Londoners will be sleeping soundly right now after a night of mayhem.

Some will be creeping back home, gently turning the key, hoping to safely make it in without anyone noticing they didn’t come home last night.

Others will be tucking into a fry up, or health shake, depending on their fancy.

A night out on the town is a ritual for some Londoners – a key pillar of their social lives and a sure sign the weekend has arrived.

But then the next day comes, and as well as feeling awful, there’s the dreaded bank account check, wondering: ‘How much did I spend?’

Two weeks ago, I was this person. The answer: too much. An Uber on the way home took me over budget.

Metro.co.uk spoke to a mix of London nightlife goers, from the stringent to the splashy, to hear how and what they spend on.

Chad Teixeira, a CEO & Entrepreneur, spends a big chunk of his ‘night out’ money on securing a table for his group to use as a base.

‘I prefer buying tables as it gives me my own little space within the club. It makes me feel more comfortable knowing I have my own space where no one can bother me.

‘Most clubs in London provide additional security within VIP spaces too, so this is always great.

‘A table can cost anywhere from £800-£6,000 depending on the club and this includes a certain number of bottles of drinks. I then tend to spend anywhere from another £500-£2,000+ on shots and additional bottles.

‘To be honest, partying in London I’m rarely shocked at the amount I can end up spending. I’m actually more surprised when I wake up, and I’ve spent less than expected!

‘But I can never stick to a budget, it’s terrible. It’s worse once I’ve had a drink as I tend to continuously order more and more bottles and shots and always end up buying drinks for random people or inviting them to join my tables.

‘The cost of partying in London, especially in central, is something I’ve learnt to live with.’

Chad goes out around three or four nights a week, though currently is trying to cut down and detox.

The NHS worker does her best to limit spending where she can, sometimes coming home having spent no more than her tube fare – but when she is prepared to spend, £100 is the limit.

‘I’m so savvy, I save every penny I have. Sometimes I get food but I even carry snacks with me. If I don’t need to spend I won’t.

‘I usually pre-drink at home and I will always set the tone for the evening with friends by saying that I’m buying my own drinks or not drinking.

‘I’m a very slow drinker, so I tend to only have one to two drinks, but usually they get bought for me by others at the venue.

‘I’m more likely to spend on buying a new outfit.

‘But my biggest gripe is spending on an Uber on the way home instead of having the night Tube.

‘I spent £38 just to get home safely the other night.’

Yatna believes the lack of night Tubes are making women unsafe and forcing them to spend more than they should have to in order to get home.

‘Since covid, I have been making sure I’ve got the last train home. Only on occasions like my best friend’s birthday or hen have I said to myself I’d rather stay out and have fun and pay the cost of an Uber.

‘I tend to go out every weekend. I hate having to think how I’m going to get home rather than just enjoy my evening when I’ve worked hard all week and just want to relax.’

Indiana, who works in film, spends more on pre-emptive treats and aftercare than on the things she’ll consume or use on the night itself – which usually involves trips to bars or a good old fashioned house party.

‘If I’m drunk I’m more likely to want to look after future me – when I was at university I’d buy a smoothie and breakfast as I bought my pre-drinks at the shop.

‘I’m just quite aware of what I need and what makes me feel good. Drunk me is like, “This is fun, you know what else will be fun? Shaking this hangover off with a facial and manicure.”

‘Now I book on Treatwell, spending about £25 while I’m out, and my regular nail lady is usually also hungover.

‘In August 2020 while out and a bit too jolly, I got cats on Facebook marketplace.

‘My partner and I FaceTimed the owner and he was so surprised at how relaxed they are with us. We don’t have any other pets or children and they came from a busy home. They don’t hide anymore from people and it’s really pure.’

She continues: ‘Overall I stick to budgets. I’ll put a certain amount on my card. Being drunk actually forces me into practical self-care purchases that I’ve been putting off because I’m so tight with money.

‘I’ll also buy vitamins. I even drunkenly changed my name on deed poll which I’d wanted to do for nearly a decade.’

Marilyn Devonish, a life and business coach, hates nothing more than to split a disproportionate bill, especially as she doesn’t drink alcohol.

‘I mainly spend on food and tickets to shows.

‘I have no big travel costs as I have my trusty Oyster card. I’ll usually only get a taxi if I’m pushed for time.

‘I had to draw the line on splitting the bill after doing it for 25 years. Once I was asked to pay £150 because of all the champagne and whisky on the bill – which I didn’t have!

‘I had the realisation I had spent an absolute fortune on alcohol for over two decades, even though I’m teetotal aside from a good dose of Bailey’s at Christmas, a glass of champagne to see in the New Year, and the odd glass of wine at a summer garden party.

‘Pre-covid, we would do a regular girls night out. It is surprising how much fun you can have without splashing the cash. Oftentimes it would be a restaurant lunch or early dinner.

‘We’ve also made liberal use of apps and vouchers over the years, so it comes in around £20-£25 per head depending on what we’re having.’