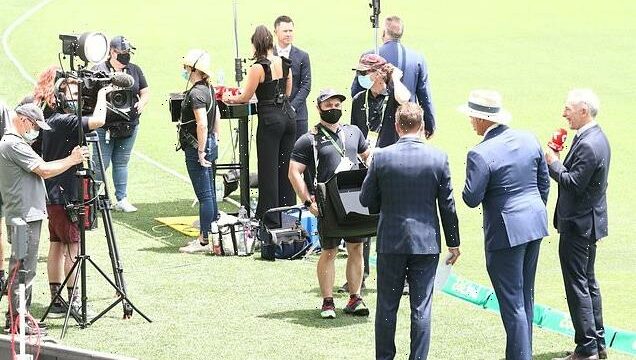 Second Ashes Test is hit by Covid chaos as two members of the media test positive, forcing BBC’s Test Match Special to go off air on the fourth day

The second Ashes Test was hit by another coronavirus scare after two members of the media tested positive for Covid-19 on Sunday.

It is understood the two individuals were working for separate broadcast organisations at the Adelaide Oval with one of them from the UK media.

The BBC media box was seen empty on Sunday, along with Australia’s ABC commentary area, after the positive diagnoses, meaning the former’s Test Match Special programme was forced to go off air due to the positive cases.

News of the first positive test came to light ahead of the fourth day’s play with the person concerned understood to have conducted an interview with England batter Dawid Malan on Saturday. 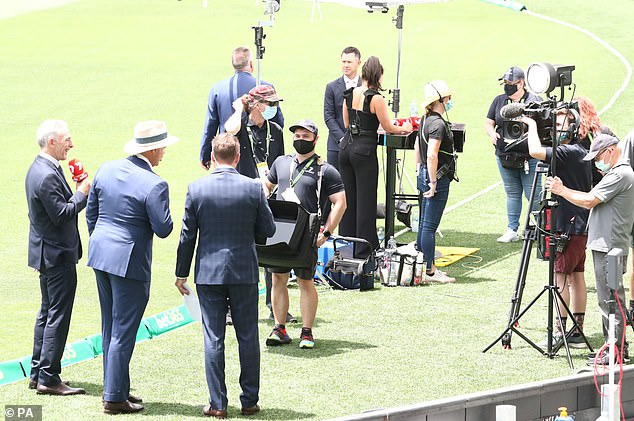 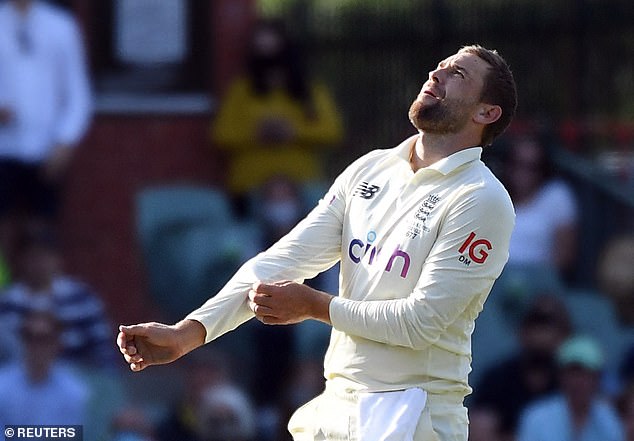 One of the individuals did an interview with England’s Dawid Malan (above), who was not deemed a close contact

Malan was not deemed a close contact as the interview took place outside, was social distanced and the individual was wearing a mask.

A statement from the Adelaide Oval read: ‘We have been advised that a member of a broadcast crew has returned a positive Covid result as part of their scheduled testing.

‘SA Health are aware and we have begun to trace and notify this person’s close contacts. 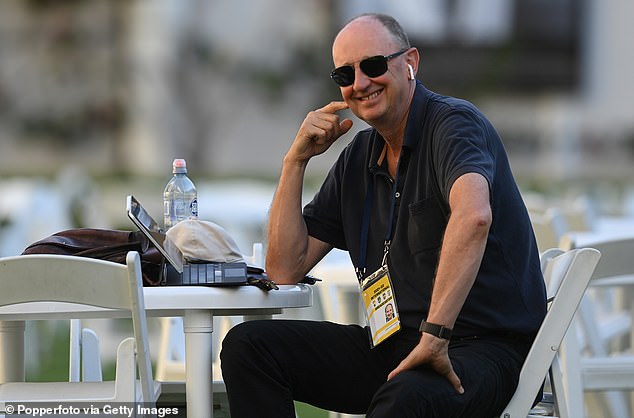 The BBC’s Test Match special, led to Jonathan Agnew, was forced to go off air as the UK broadcaster’s commentary area was cleared out

‘In accordance with our pre-planning we are undertaking a deep clean of the relevant areas and are facilitating alternative facilities for relevant officials as required.’

Reports of a second positive test from a person working in a separate part of the ground were confirmed later in the day. Other members of the media were required to undergo further testing as a result of the two cases.

The developments occurred after Australia captain Pat Cummins was ruled out of the match ahead of the first day’s play having been deemed a close contact of a positive coronavirus case.