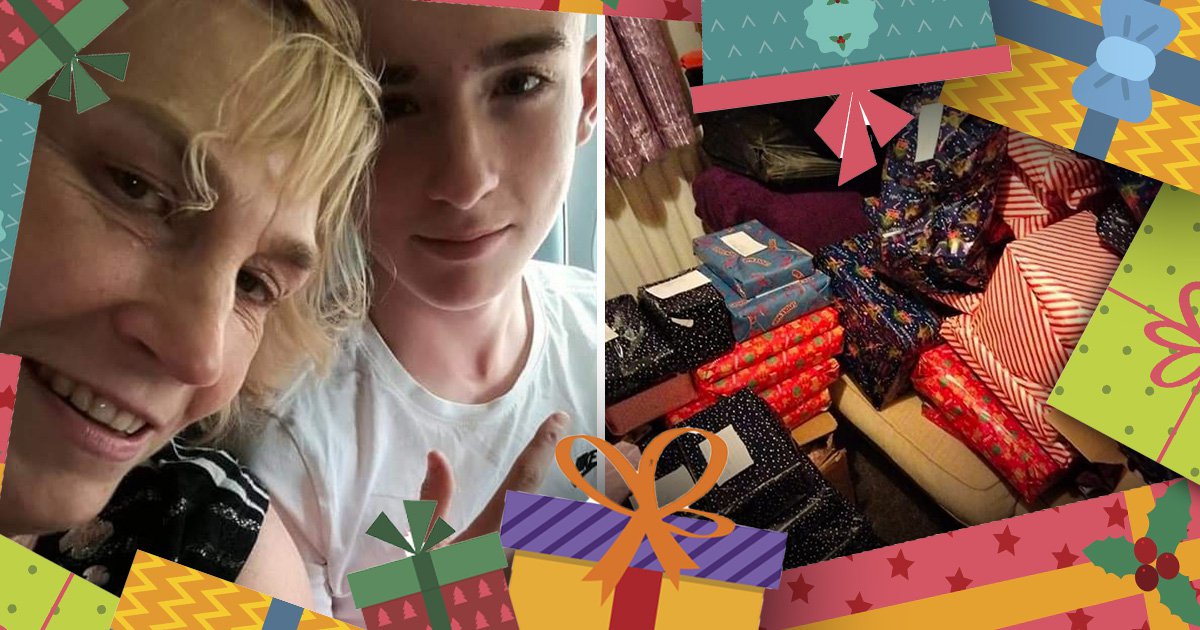 When my 18-year-old son’s girlfriend, Sian, died in a school bus crash, I inadvertently lost him that day too.

James, my son, actually went up to the crash scene when it happened in 2019 and saw her under the bus. He was terrified and devastated.

We tried to get help from the Laura Centre in Leicester – which offers support when a child dies or is bereaved – and Cruse Bereavement Care, but James just ended up on waiting lists. He had a support worker from social services, but remarkably, he didn’t get any grief counselling.

We all know that teenage brains don’t work the same as kids’ or adults’. They don’t think straight and then losing Sian in such a traumatic way was too much for him. He became very withdrawn.

So a few weeks before Sian’s funeral, he tried to take his own life and ended up on life support for a week. I was worried sick that we were going to lose him too.

When he came out of hospital, the crisis team came every other day for a week or two and then he was discharged and they added him to the list for trauma counselling, but he never got any.

As the pandemic hit, all of his mental health services were cut off. He was due to start seeing an adult mentor to help him get back into work and doing the things he used to like to do, but the lockdown meant that didn’t happen.

I was scared and petrified of what was going on in his head.

He spent all of the lockdown in bed and didn’t come out of his room, so we were really worried about him, but after his birthday in May, it seemed like he had turned a corner. He was mixing with friends when the lockdown was over. We felt like things were lifting for him and that lifted us.

Then he went for a night out in July and the next day he wasn’t in his bed. I was scared and I immediately knew what he had done.

I found a suicide note he’d written to Sian on the floor where he dropped it by accident out of the journal that he took with him. The police found him that evening.

I was devastated, angry that his help had stopped and angry at the pandemic. We had a small cremation and were only allowed 25 people, so a lot of family and friends couldn’t attend. There was a big wake at a local pub where they showed the service on the big screen.

In the weeks after the funeral, I felt like I wanted to join him. That’s when my mental health started to go downhill. I tried to take my life, but knowing what it’s like to be the one left behind and the devastation of family, friends and the people around you made me realise I couldn’t do that to them.

Unfortunately, James isn’t the only one. The amount of mums in our area – north west Leicestershire – that have lost kids to suicide, it’s shocking. He didn’t have anybody that he felt he could turn to outside the family.

The Christmas after James died, we wanted to help others and we decided on a toy appeal for local children. James loved Christmas and we’d always spoil him and make it a big family thing.

So we all decided we wanted to do something for James and for the children who wouldn’t have presents otherwise. We’re in one of the poorest areas of Coalville and this area needed its own appeal because there were lots of families struggling.

When people started donating after we put out an appeal on social media, I was happy and overwhelmed by the support. It was phenomenal. People just kept on giving.

Helping others helps me. We made James’ room into a room where I could sit and all the presents were piled in there. It was nice to see all the stuff going to help other people in James’ name.

We spent about seven weeks collecting, wrapping and then distributing the presents. We gave them to everyone who asked.

We had lots of thanks and people saying they weren’t expecting as much as they got. We were giving out a black bag or sometimes two per child – each child had a main present and then some chocolate, a book, a game and some clothes.

The family that most sticks in the mind is a single dad and his little girl. He’d lost his job and split up from his wife and he didn’t know how he was going to be able to afford Christmas. He’s since died but at least we could give his daughter that last Christmas with her dad.

We helped 130 families in total, as well as decorated residential homes. My husband Steve works in one for people with learning difficulties.

After James’ death, I was frustrated with the lack of support I received. I asked for counselling on the NHS and got referred to the Tomorrow Project in Leicester – which offers support to people bereaved through suicide – but it didn’t work out. I’m now signed up with Hospice Hope and they are brilliant.

There aren’t many mental health support services for children on the NHS without long waiting lists, and for adults as well.

So a friend, who’s a mental health nurse, helped me to design what to put in special mental health boxes in January. We have different stuff for teenagers, adults and we’ve done some for trans kids too.

It’s not easy, but we find out a bit about where they are on their journey and then we look for books and stories that reflect their experiences. The mums especially say it helps the family to feel less alone and know there are others out there going through similar.

We’ve got journals with colouring pages where you can put your feelings down and we’ve included something to smell, touch and taste. There’s little treats like perfume or toiletries.

It’s gone nationwide – we’ve had requests from as far as Truro and London. People are saying that the boxes mean a lot because somebody cares.

Now we’re starting to get the journals in schools and filling jars with wristbands, fidget toys, treats and helpline numbers for pupils.

The project is still run from home but in the new year, the council is hoping to help find us premises on my estate so we can help local teens and families with a clothing exchange and a toy library. Then we are aiming to get charity status so we can add new services like more mental health mentoring and drop-in sessions, building on what we’re already doing.

This year, the toy appeal is running across the whole of north west Leicestershire. I didn’t think I would do it again for the second year in a row because I’ve been so busy with the mental health boxes and I didn’t think it would be needed, but with all the worry over the Universal Credit cuts, we decided we needed to do it again.

One family has lost £200 thanks to the cuts and the toy appeal shows them that somebody cares and has done something, however small, to help. Some families are having to decide whether they can do Christmas or put the heating on.

We’re trying to keep the appeal about the same size as last year to keep it manageable for us, but we will keep some presents back so we’ve got stuff if we need it at the last minute.

The pandemic has changed the lives of everyone and most of us have suffered from some form of mental ill health. Maybe children lost a grandparent or a relative, didn’t cope well with lockdown, or have anxiety. Maybe it’s the adults who don’t always want to admit how much they’ve had to deal with.

If you’re plodding along saying you’re OK when actually you’re terrified of this world we now live in, you’re not alone. Reach out for help.

I’m so glad I’m able to share not only James’ mental health battle, but my own ongoing struggles. If it ends the stigma and saves just one person, I will have done good and made a difference.

Since starting the toy appeal, I can handle things better and it makes me feel proud that I’m hopefully making James proud.

I’ve had some lovely feedback from people, with one card telling me that I’m a second mum to lots of young people who are struggling and another message saying that I continue to be the best mum to James by doing this.

I’ll keep going in memory of James and Sian.

As told to Catherine Lofthouse.