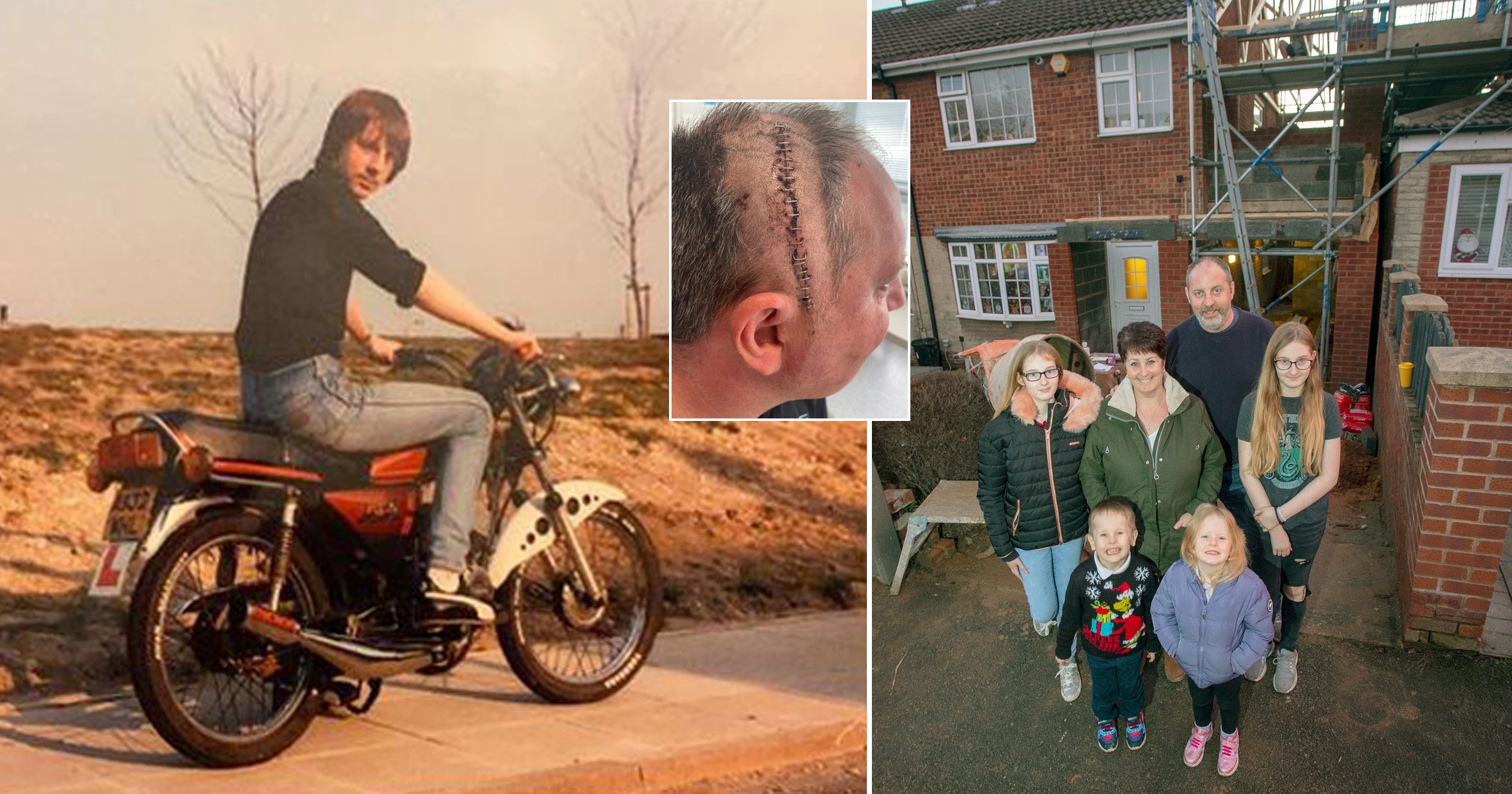 Mark Younger was first diagnosed with a terminal brain tumour following a ‘funny turn’ at work.

When he took ill in October he was taken to hospital, with doctors finding a bleed on the brain caused by the brain tumour.

But despite efforts from surgeons, who managed to remove 85% of the mass, last week Mark’s family received the ‘worst possible news.’

Since then, Mark has come up with a bucket list for himself and his grandchildren, and right at the top is his wish to find his treasured Yamaha RXS100 – his first bike after passing his test in 1985.

His wife Joanne has now put out an appeal on social media to try to relocate the bike, which is still registered in the area, in the hope that Mark gets a chance to ride it once more.

Mark’s devastating news follows a ‘nightmare’ year for the couple who live in the village of Mapplewell in South Yorkshire.

They’ve struggled financially after taking in their four grandchildren, putting off retirement plans when their daughter began struggling with drug and alcohol problems.

The couple took in the two oldest children, 12-year-old twins Summer and Ruby, at the end of June. Then in September, five-year-old Jake and four-year-old Naviea were also taken into their care.

All four children are currently living in one ‘tiny’ room at the couple’s small home, and they had been raising funds for an extension when Mark got his diagnosis.

‘We found out that Mark was diagnosed and was terminal, and that he’s got 12 to 18 months to live, but they can’t even guarantee that,’ Joanne says.

‘We were told he has a grade four tumour and there’s not much point in going through the next surgery.

‘He’s got to go through chemotherapy and radiotherapy now – he’s lost more than a stone in weight and he’s not sleeping well at the minute.’

Joanne says she’s trying to stay strong for Mark and the grandchildren.

‘We’re struggling with the kids for Christmas presents and it’s all getting on top of us now,’ she explains.

‘I know it’s such a sad time but I’ve got to be there for the kids at Christmas – people have been absolutely amazing.

‘I just wish we could find a cure for this horrible disease and have a Mark that’s going to be here.’

Joanne is now helping Mark to complete his bucket list and make his dreams come true. It includes going to Disneyland Paris with the grandkids and taking them to Harry Potter World, as well as renewing his wedding vows with Joanne and being here for Christmas next year.

The bike is one item on the list that’s more important than the others, so Joanne reached out to make his dream come true.

She shared a plea on Facebook this week, and has so far seen her post shared by more than 4,000 people.

It read: ‘The number one item on his bucket list is to be reunited with his first bike after passing his test in 1985. This is a Yamaha RXS100, reg number A932 WHL.

‘It’s still taxed and has its MOT as per the DVLA website and various rumours over the years indicated it’s still in Barnsley area.

‘Please spread the word to make my husband’s wish come true – just to see his beloved bike one last time would mean the world to him.’

Could you be the one to reunite Mark with his motorbike?

Send us an email at [email protected]