A PSYCHIC who uses an asparagus to predict the future has claimed we will see two royal divorces in 2021.

Jemima Packington, 65, from Bath, appeared on This Morning today and also said that the Queen will make an important announcement in June. 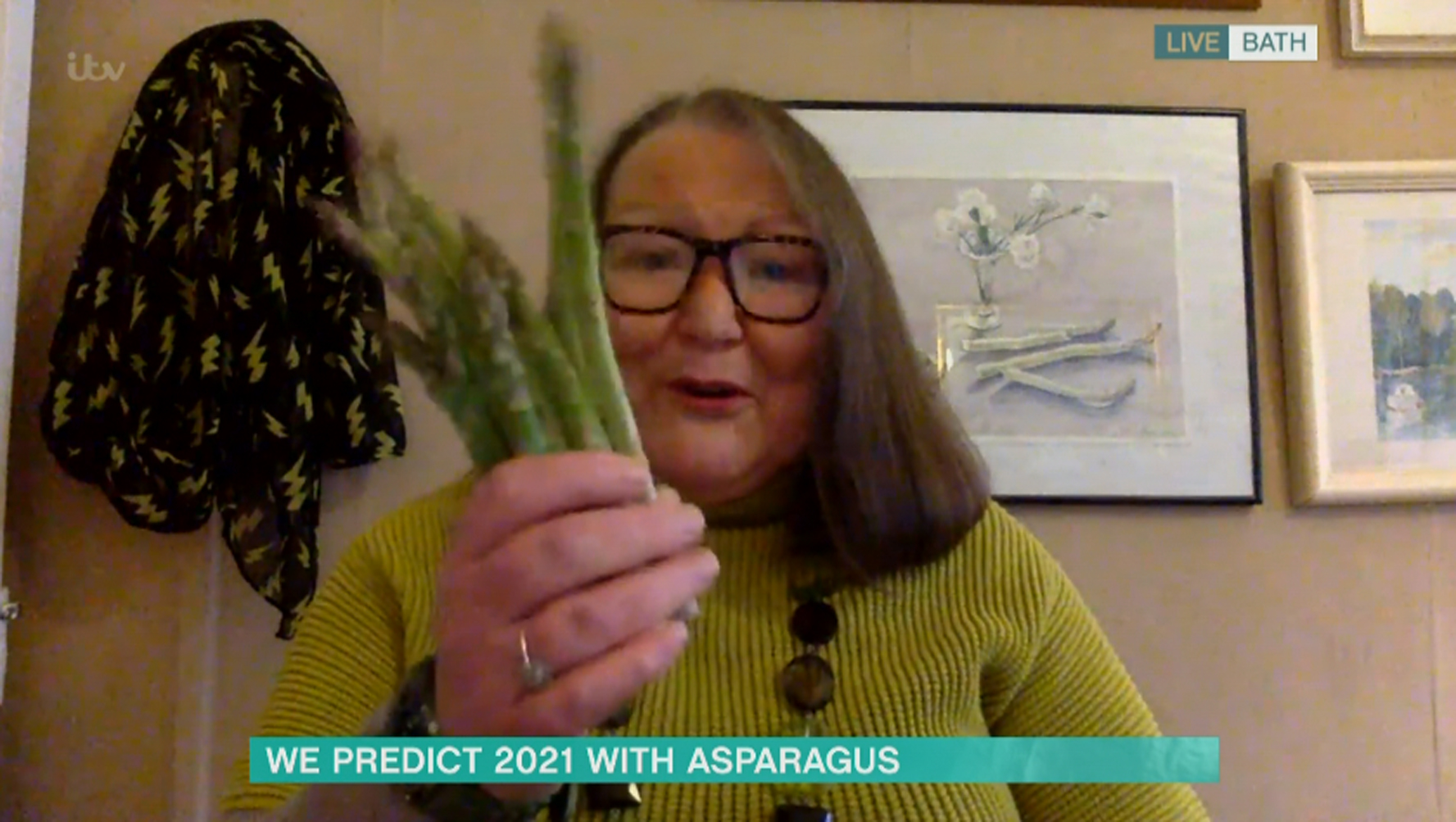 Jemima used her special vegetables to tell new Friday hosts Alison Hammond and Dermot O'Leary that Harry will return to the UK for a “big showdown” with the royal family in March.

The psychic, dubbed “Mystic Veg”, said the Duke of Sussex, 36, will be told “no change".

Jemima explained: “In June the Queen is going to make an announcement coinciding with her official birthday; we've also got to remember that William, Duke of Cambridge, his birthday is in June, so I think that is very significant.

“There's going to be a couple of royal divorces,” to which Dermot said: “That's quite a bombshell.” 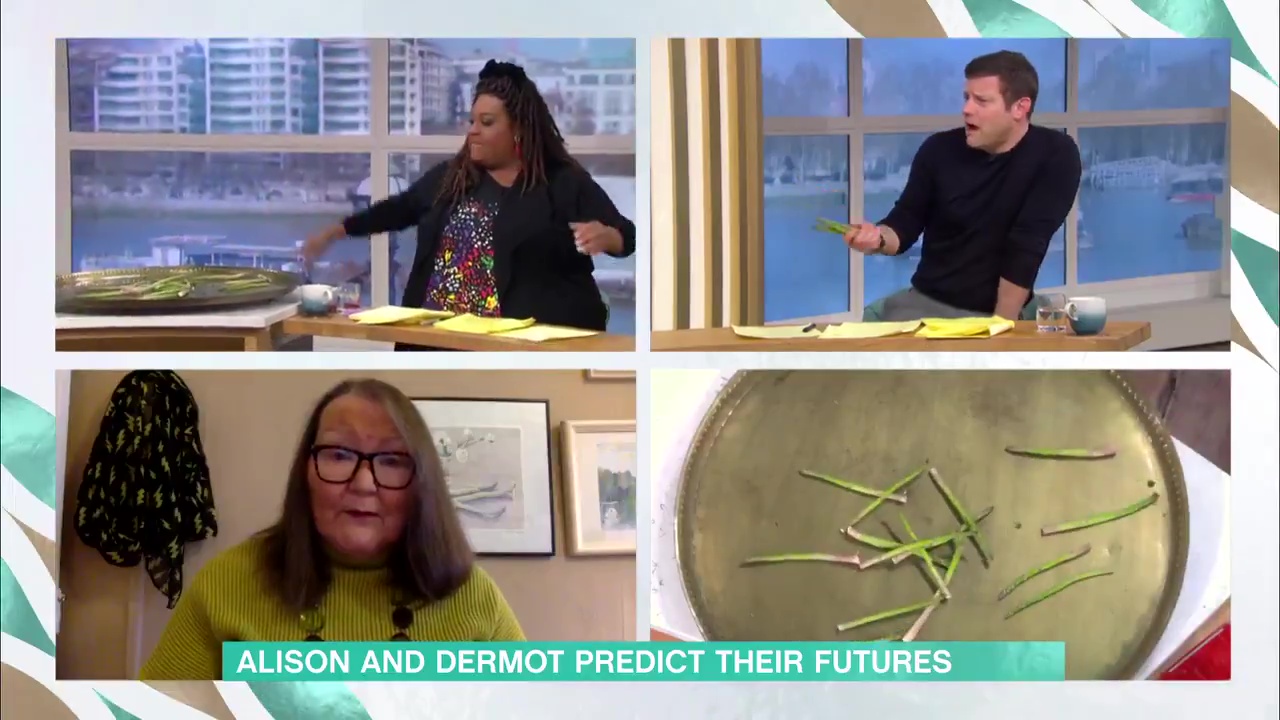 Jemima, who is the world's only known “asparamancer”, continued: “Harry's going to come over for his big showdown with the Royal Family in March, and he's going to be told ‘no change’.”

Jemima correctly predicted “success” for England's World Cup winning cricket team in 2019, but how does the asparagus help?

Jemima throws a bunch of Vale of Evesham asparagus tips into the air so they fall onto a flat surface and interprets the way they land.

The This Morning hosts then asked her to do a live reading predicting if the Olympics will take place this year.

Mystic Veg concluded that they will, but will be “remote” and on Zoom. 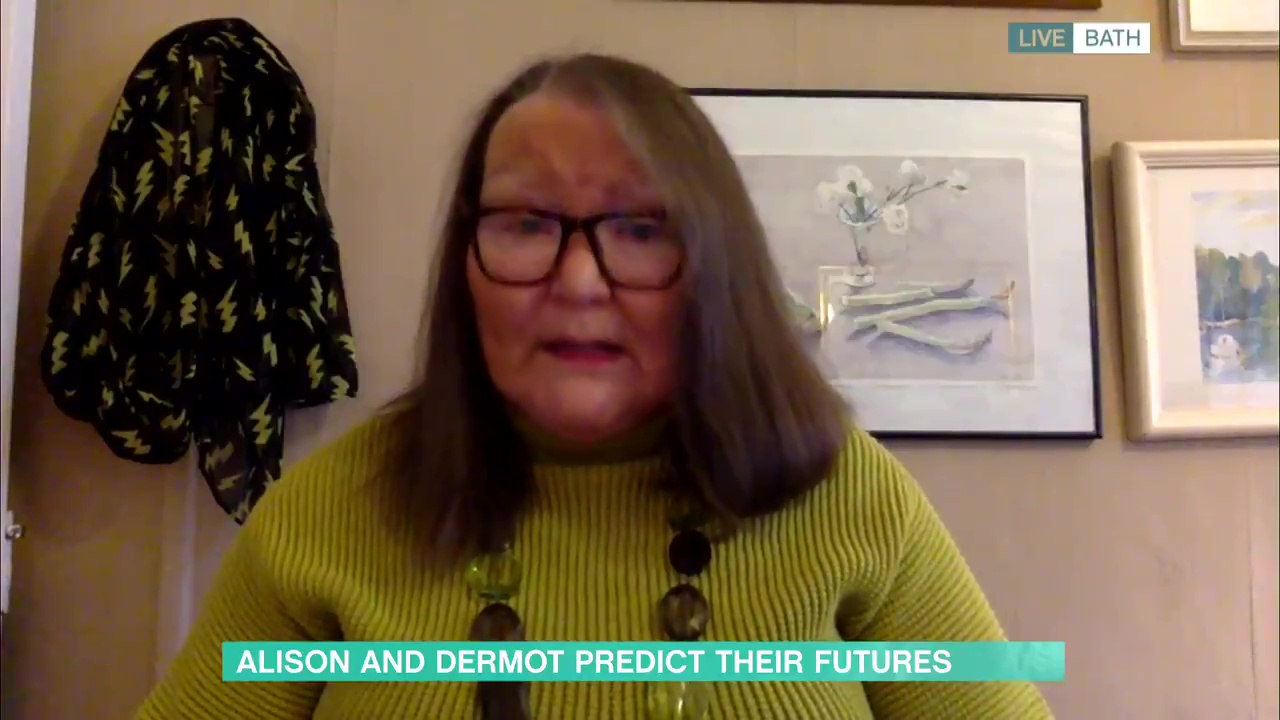 She also predicted we will start to see an easing of lockdown and feel much “happier and brighter” by June this year.

Jemima revealed she knew she had “the gift” when she was seven, and her first prediction was something “precocious”.

She explained: “We were eating asparagus with our fingers, some fell on the floor, I came out with something, parents went quiet, turns out old Aunty did tea leaves and they thought, it's skipped a generation.”

When asked why asparagus works for her, she said: “It's Vale of Evesham, it is a sturdy, earthy vegetable, it seems to work, it's a bit like casting runes.” 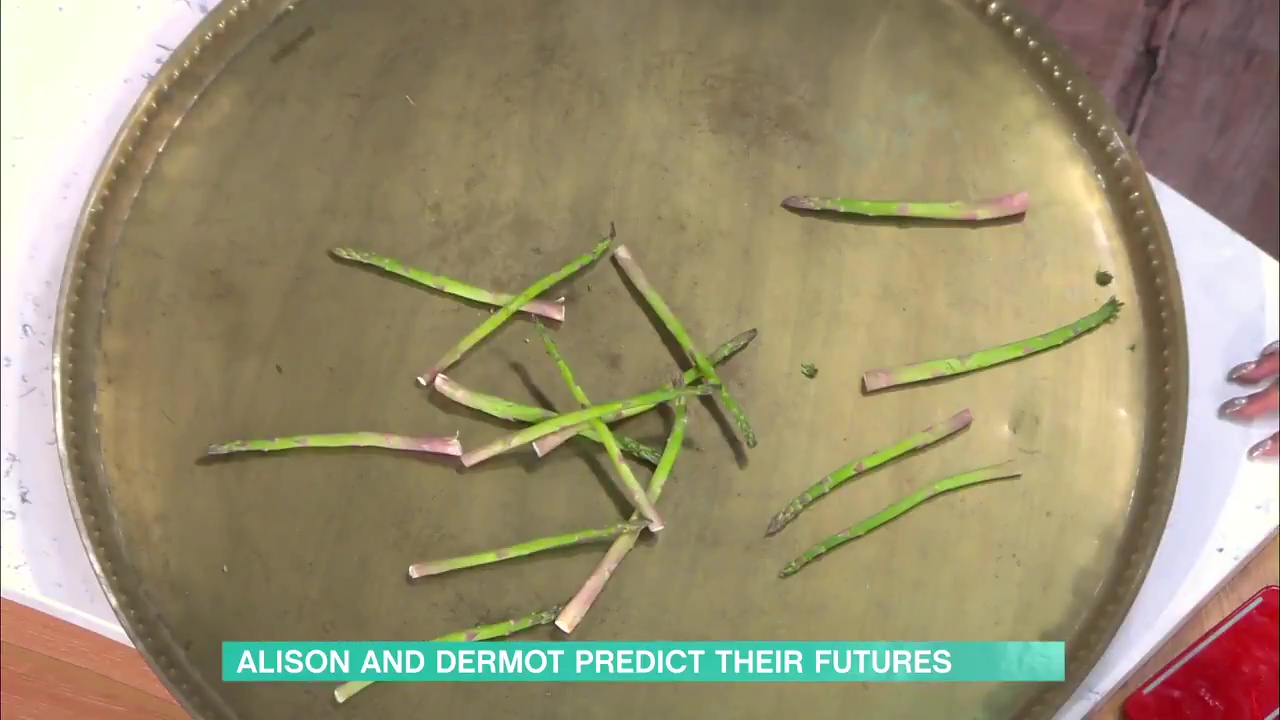 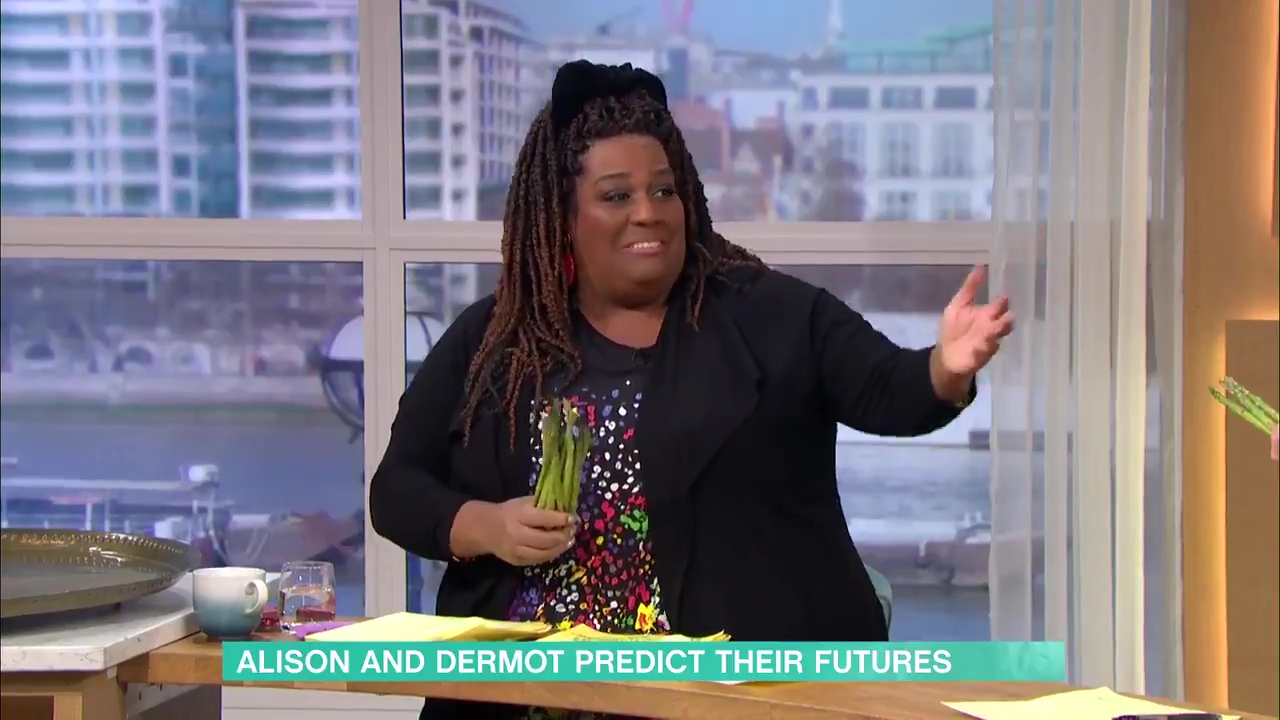 Dermot also asked if co-host Alison will find a boyfriend in 2021, but while she will have “many admirers”, she will instead get a dog.

Delighted Alison said: “I was actually thinking about getting a dog.”

Viewers were delighted by the psychic asparagus segment, with some branding it the “best thing on TV this year.”

One said: “Great poker face with the asparagus lady @radioleary I could hardly tell you weren't a true believer.”

We shared how a psychic who uses an asparagus to predict the future has claimed we will see two royal divorces in 2021.

And Meghan pledged to ‘set her standards high’ with New Years resolution she made months before meeting Prince Harry.