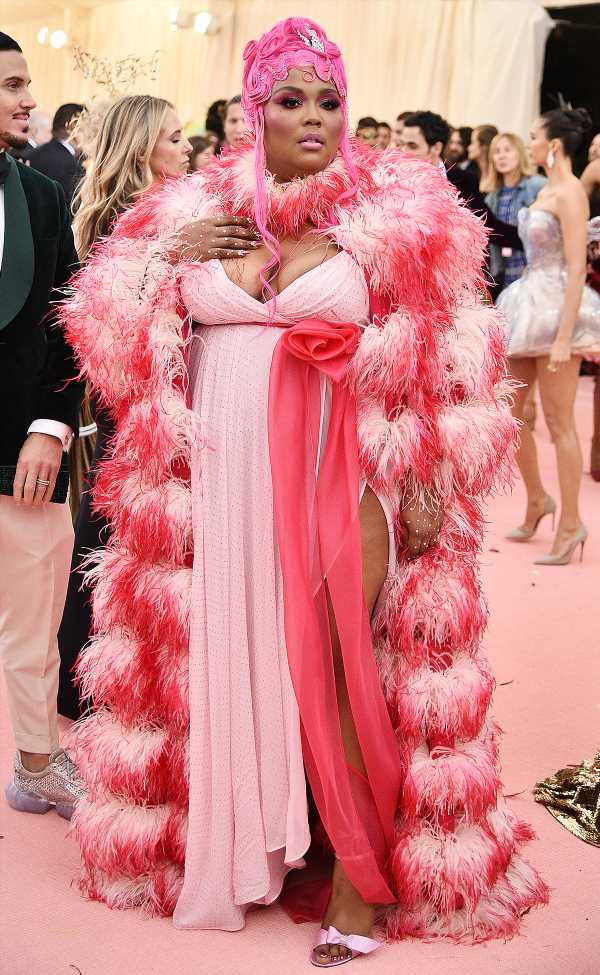 Lizzo loved her look at the 2019 Met Gala. In fact, she loved it so much, that she was still donning it the next morning following the star-studded party.

In a video posted to her Instagram, the 31-year-old strutted through an airport the next day rocking the same pink, feathery Marc Jacobs cape she wore to the Met Gala on Monday night.

A compilation of several different clips hilariously document Lizzo’s trip through the airport. For an added bit of flair, she paired the oversize feathery coat with large black sunnies, a high pony, camouflage joggers and a stuffed animal.

Be sure to check out all of PEOPLE’s Met Gala coverage to get the latest news on fashion’s biggest night.

At one point in the video, the rapper even stops to pose with an airport sign that reads “upper class.”

“BYE B—H YOU THINK IM TAKIN OFF THIS @MARCJACOBS COAT ??,” the singer captioned the post.

BYE BITCH YOU THINK IM TAKIN OFF THIS @MARCJACOBS COAT ??

BYE BITCH YOU THINK IM TAKIN OFF THIS @MARCJACOBS COAT ??

The video garnered so much attention, that she received a slew of likes and comments from celebrity fans of her on-the-go look, including a repost from Jacobs himself.

“This is the most important video on the internet,” actress Kiernan Shipka comments on Lizzo’s video.

In March, Lizzo showed up to the GLAAD Media Awards in a show-stopping lime green number, and later took the stage to perform in a feathery bedazzled bodysuit. But no matter the outfit, it’s the way Lizzo wears it that really makes a statement. The body-positive star recently opened up to Jameela Jamil about radiating confidence for her new series, I Weigh Conversations.

“Every Black woman I saw was really light-skinned, or had straight, blonde hair,” Lizzo said in the candid interview. “So I was like, ‘Wow, that’s beautiful, I want to look like that!’ but I would look in the mirror and I looked so far from that, that I was almost like, ‘I want to be somebody else.’ I didn’t have little things I wanted to change about myself. I had this entire fantasy about waking up and being like, Sailor Moon. Completely unrealistic goals.”

She added, ““I think because I believe that I’m beautiful and I found that beauty within myself, it starts to come out. Maybe I was always beautiful to people, you know, beauty is in the eye of the beholder. But I’m glowing because I had to find that.”