WHEN we were at school, we were too busy counting down the hours until lessons finished to notice about the decor.

But for 15-year-old Riley Hansen's parents, an old middle school was the blank canvas they needed to create their dream home. 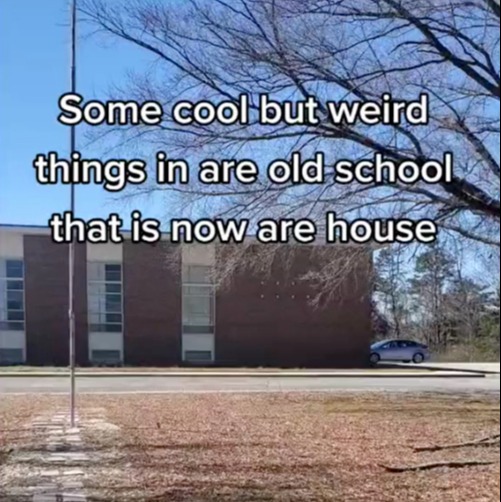 In a video which has been viewed by over 13 MILLION people, Riley gave his 948,000 TikTok followers a close up of some of the quirks in his family's former school building.

Riley's parents – who bought the school four years ago – have turned each of the primary school's classrooms into bedrooms for themselves and their children.

Giving followers a tour of his sister's bedroom, the teen showed how her wardrobe has been built underneath her bed.

Incorporating some of the building's history into the design, the couple also kept chalkboards in one of the kids' bedrooms and used them as headboard behind the twin beds. 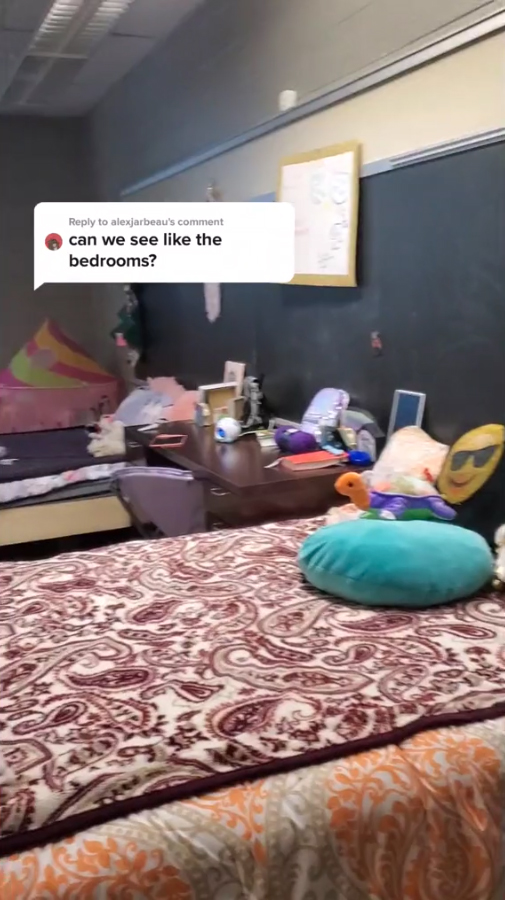 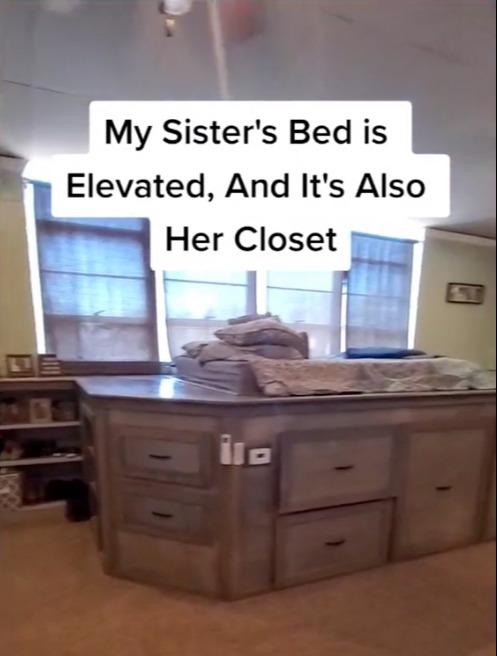 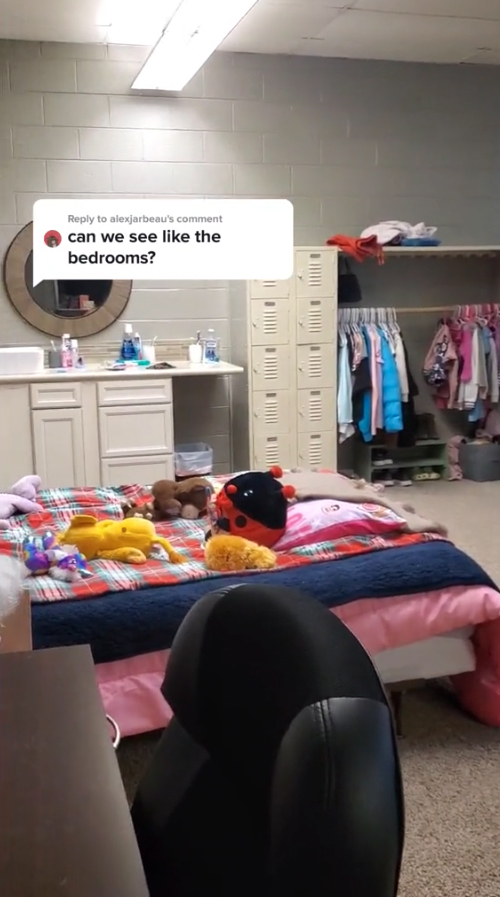 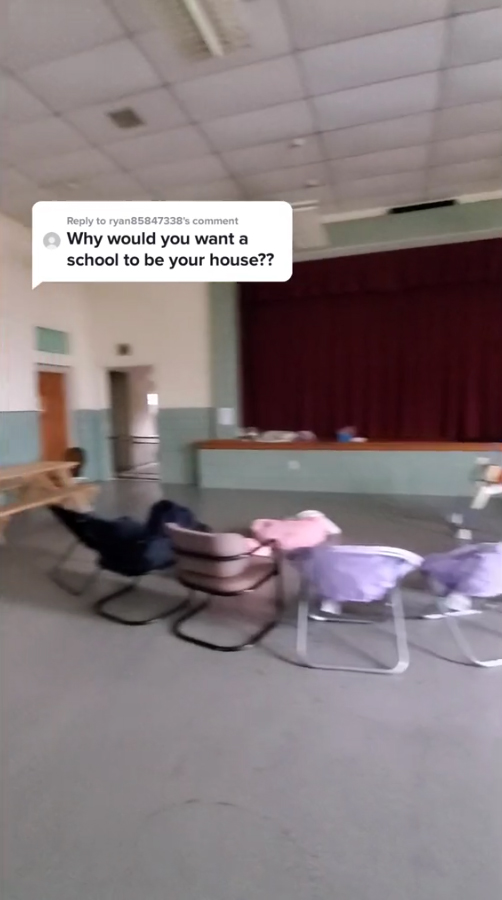 What's more, the family obviously kept the students' lockers to use as storage for shoes and clothes in the bedrooms.

One of the biggest perks of living in an old school is the family also have their own private indoor basketball court and swimming pool too.

As for the bathrooms, Riley's family have multiple toilets and sinks leftover from when they were used by hundreds of students a day.

And on warm sunny days, the family can lounge on their flat rooftop (which they hope to turn into a greenhouse) before kicking back for a night in front of the TV in the old assembly hall. 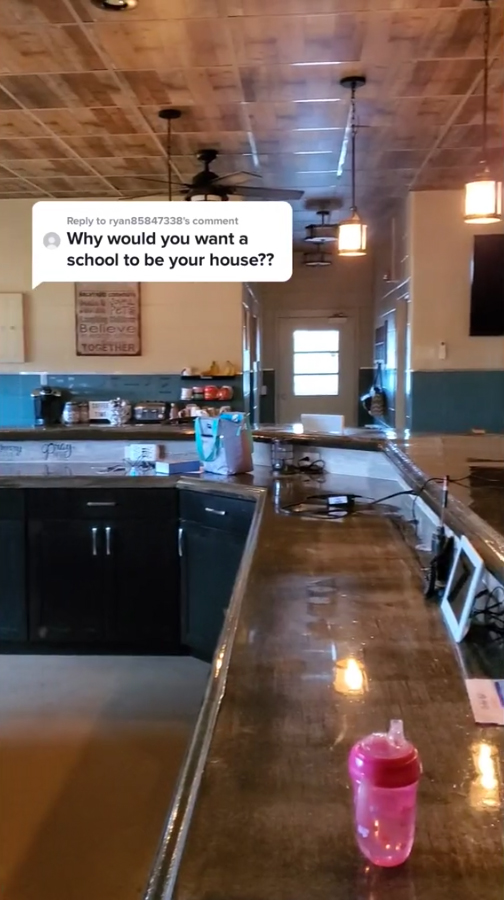 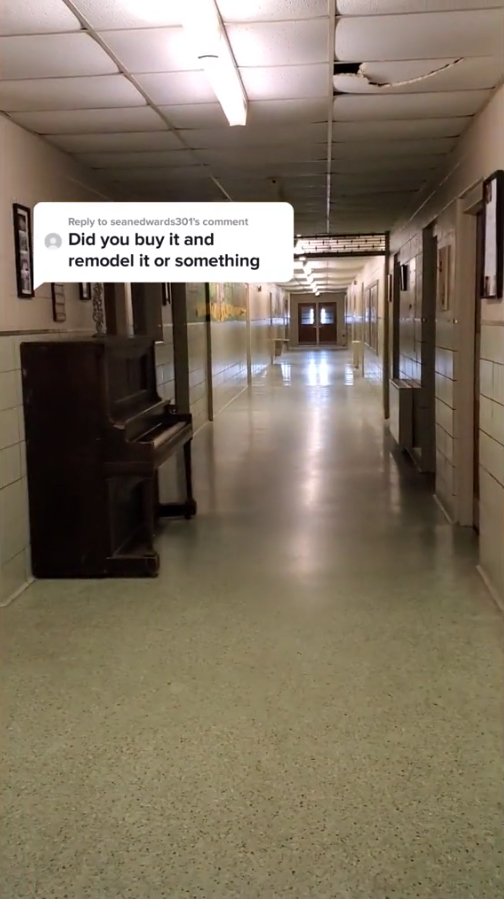 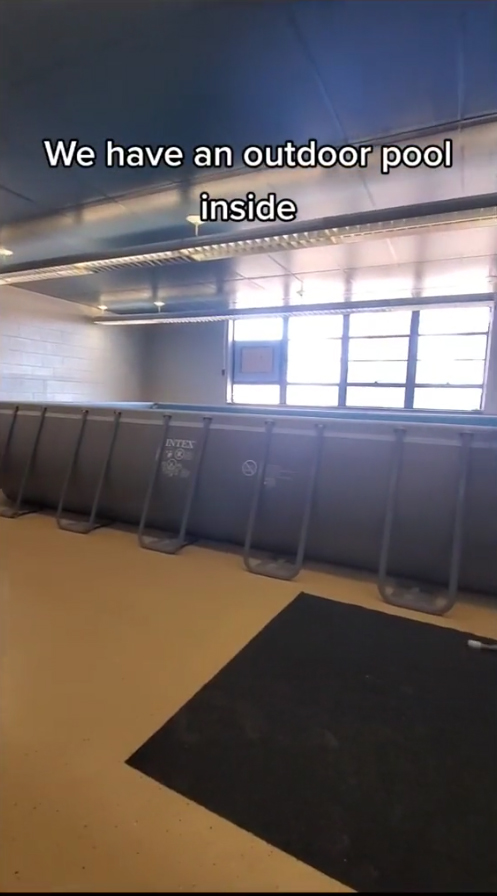 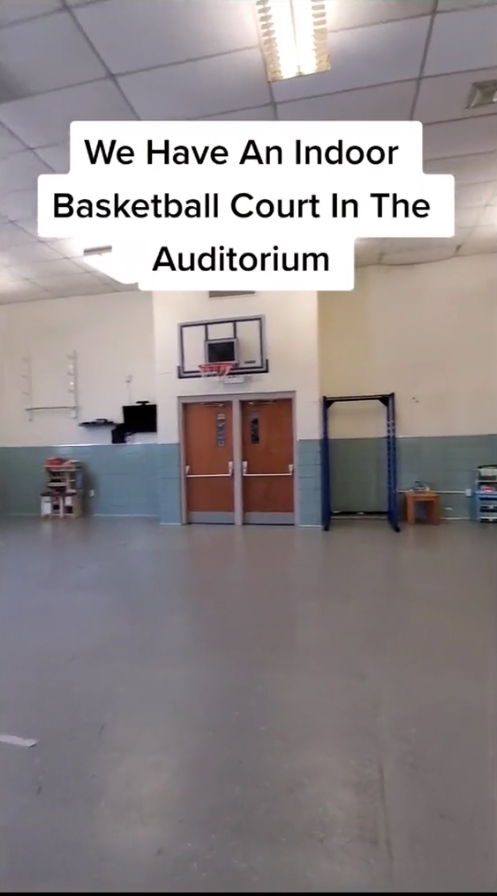 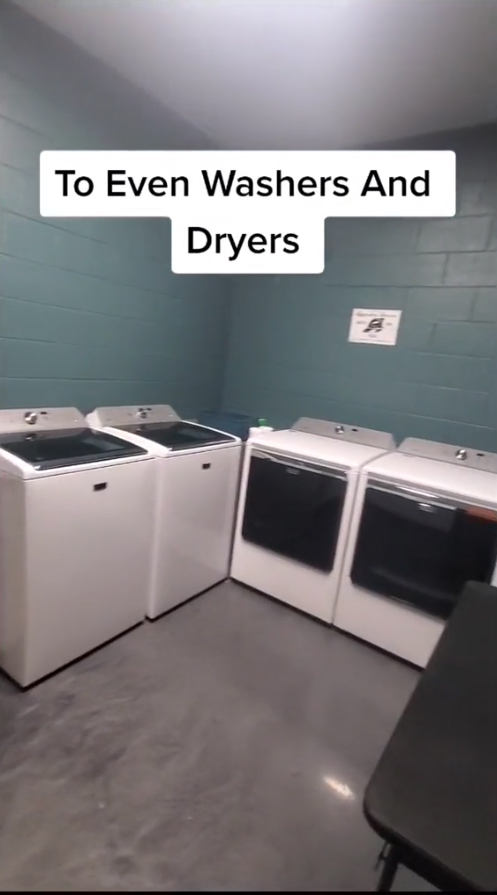 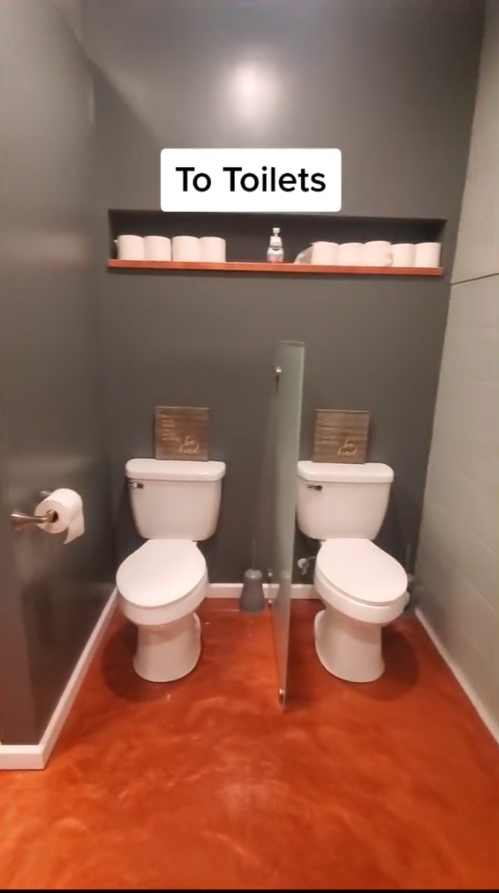 But above all, the thing we're most jealous of is the four washing machines and tumble dryers the family got to keep when they bought the property.

Not to mention the outdoor basketball court which they also use for extra parking.

Needless to say, the unusual and quirky family home as been a hit with Riley's followers.

"Now I want to buy a school," one replied. "It looks really cool."

Another added: "Imagine hide and seek!"

A third joked: "Ok I guess you could say you were homeschooled."

For more amazing home transformations, this couple completely transformed their ‘total wreck’ home which hadn’t been touched in 40 YEARS & did it all in just four months.

And this couple are mortgage and rent-free after buying a £2,500 double decker London bus and turning it into a stylish home.

Plus this couple swapped their £400k dream home for a barge – despite being plagued by sea sickness they'll save £325k.