The Handmaid’s Tale upended just about everything in Season 3. From showcasing new locations like Washington, D.C., to having June move to work for a different Commander, the show shook up the status quo of Gilead. But while Nick was sent to the Chicago frontlines and Rita the Martha found herself in a new kitchen, not everyone’s fortunes rose. In fact, what happened to the Waterfords in The Handmaid’s Tale Season 3 was practically the opposite of good luck.

It didn’t help that all this change began when Serena Joy burned down the Waterford house. Desolate over the loss of Nichole and horrified by her life, she set her bed on fire; the flames took over from there. Gilead’s government, which doesn’t take mental health very kindly, sent Serena home to her mom and demoted her husband for failing to keep her in line.

But Fred isn’t the kind of guy who lets his wife leave him. He tracked Serena down and convinced her to come back to him, arguing that the two of them together could find a way to retrieve Nichole. To that end, he and Serena Joy banded together and collected June from her new Commander in hopes that she would work with them to get the Canadian government to return the child. They even went down to D.C. to consult with some of Gilead’s most powerful Commanders on how to get it done.

It didn’t work. Despite tricking June when she wouldn’t cooperate, all Serena got out of this was a brief visit with Nichole and a face-to-face meeting with Luke. The experience did seem to sway Serena somewhat in the direction of the rebels, though. Moreover, it quietly tied up one of the few loose ends left from the original The Handmaid’s Tale novel when she gave Luke a cassette tape that June recorded to tell her story. (The novel is revealed to be a transcription of an old cassette found in Canada, detailing daily life in Gilead before it collapsed.)

That was enough to drive Serena Joy to consider all of her options. Perhaps she and Fred could strike a deal. The American ambassador, Mark Tuello, had been pushing for her to help them out. Maybe they could meet with him and make an exchange.

Or perhaps Serena Joy could exchange Fred for her baby. 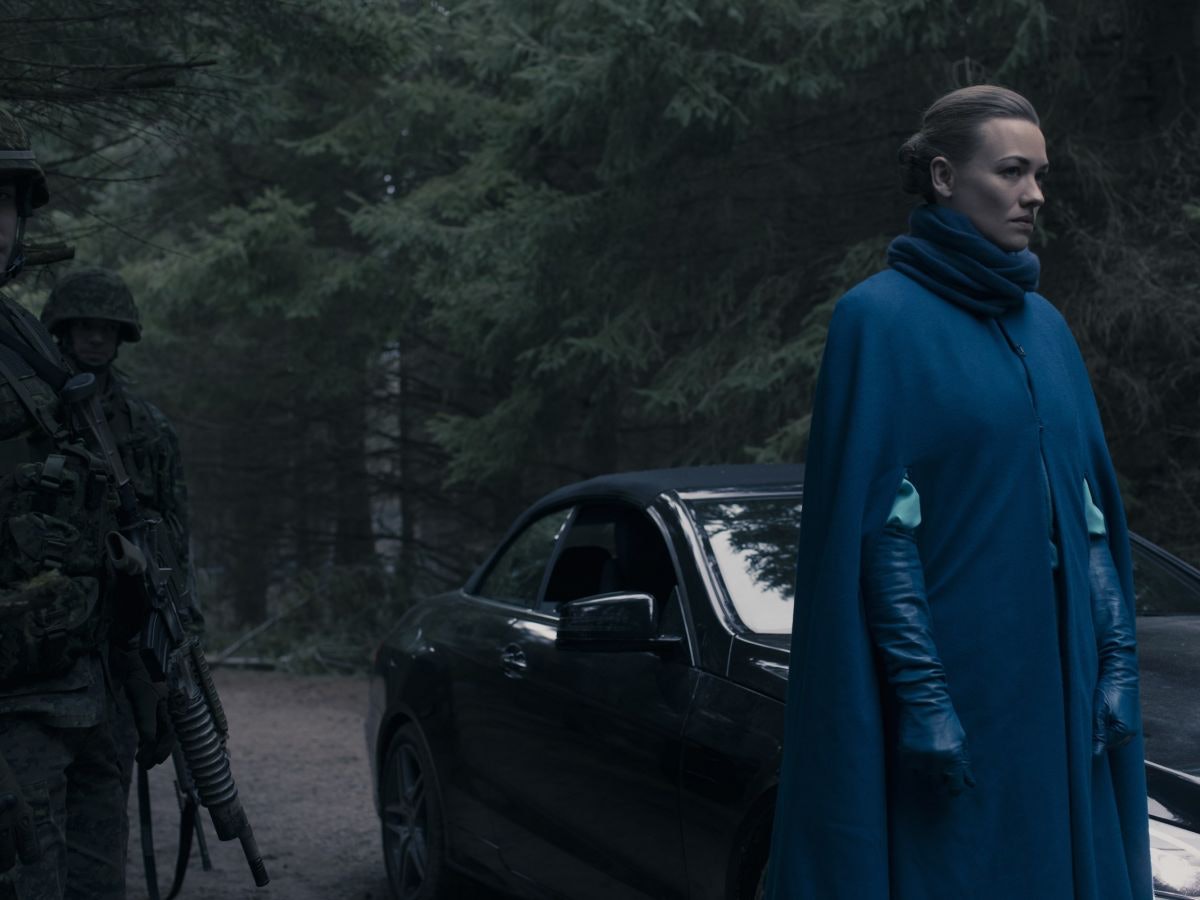 It was a brilliant deal, one Fred never saw coming. She and Tuello tricked him into crossing the Canadian border, where he was arrested for war crimes. It seemed likely the plan would be to put him on trial as part of the public move against Gilead’s government.

It looked like Serena Joy had finally flipped sides. She was alive and well, living in Canada, with visitation rights to Nichole, while Fred languished in jail. But just like he wouldn’t let their marriage end, Fred wouldn’t go down without taking Serena Joy with him. He, in turn, ratted her out for abusing June and being complicit in helping him rape her. As Season 3 ended, Serena Joy once again lost Nichole and was dragged away to prison.

Will there be a public trial for these two? Or will Fred and Serena Joy team up once more and find a way to get free? The Handmaid’s Tale will hopefully reveal their fate when it returns.

The Handmaid’s Tale Season 4 premieres on Wednesday, April 28, 2021, on Hulu with three episodes.