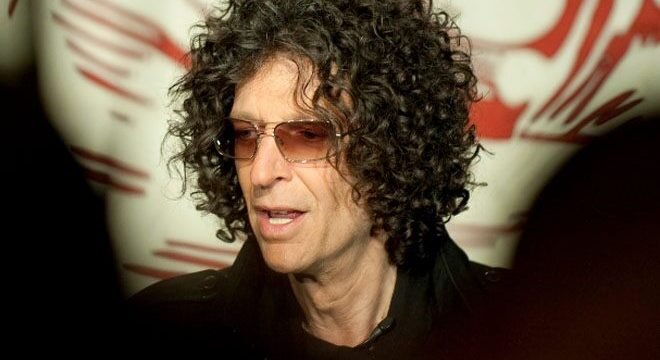 Fox News Flash top headlines for May 21 are here. Check out what’s clicking on Foxnews.com

Longtime radio shock-jock Howard Stern shared some of his favorite Donald Trump anecdotes Tuesday night during an appearance on "The Late Show with Stephen Colbert."

Stern is out promoting his new book, "Howard Stern Comes Again," a collection of his most memorable interviews. He told Colbert that Trump appears in the book 11 times.

"One of the top five guests of all time," Stern said, referring to the president.

"He was wild — I thought I was wild," Stern said. "A great guest because he would say anything that came into his mind. He was completely unfiltered. He was talking about his daughter [Ivanka Trump] being the most attractive woman he'd ever met and how much he thought she was hot. … It was wild every time."

"[Trump] was completely unfiltered. He was talking about his daughter [Ivanka Trump] being the most attractive woman he’d ever met and how much he thought she was hot."

Stern said Trump called him regularly throughout the 2016 presidential campaign to "touch base" and sought Stern's endorsement, which the radio host didn't give because he considered himself a "big supporter" of former Secretary of State Hillary Clinton.

"So Donald said, 'Would you please come to the Republican Convention and speak on my behalf?' And I went, 'Oh my God,'" Stern recalled. "You know, it's a weird thing because here a guy is asking — Who asks me to do a thing like that? — and it was very nice, but I had to find a way and say 'Look, I can't do this.'"

The host of "The Howard Stern Show" then said he didn't believe Trump really wanted to be president. According to Stern, the only reason Trump ran in 2016 was that he was seeking a pay raise from NBC for "The Apprentice."

"What did he say? 'I'll run for president, I'll get a lot of press,' and I really believe that Donald … This was a gimmick to get NBC to raise up his salary and to keep 'The Apprentice' on," Stern said. "And I would bet the farm on that."

Stern later joked that had he endorsed Trump, he would have become "Chief Justice on the Supreme Court" or "the head of the FCC."