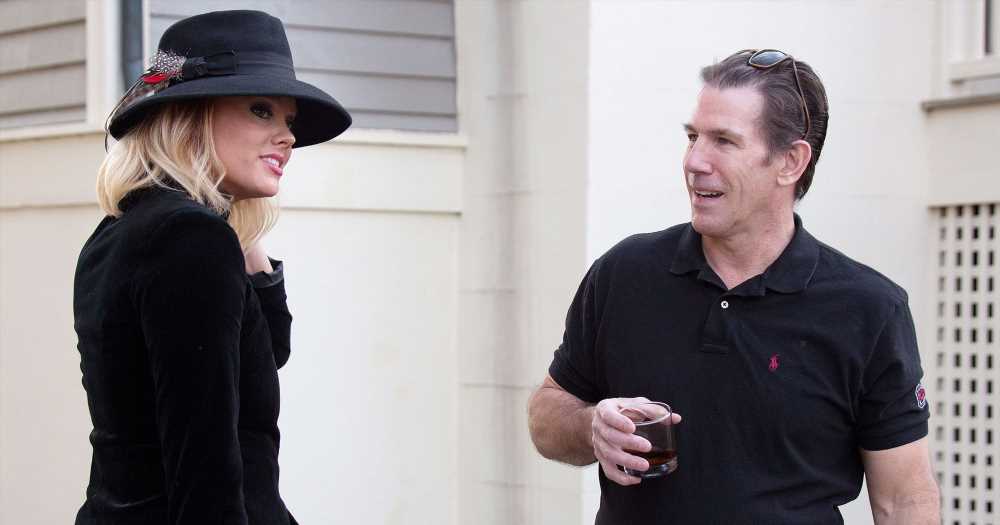 The Blast reported on Friday, May 3, that the Southern Charm alum, 56, claimed in court documents that Dennis, 27, allows the country singer to watch daughter Kensie, 5, and son Saint, 3, when she is not present. Ravenel also reportedly alleged that Price stays overnight when the kids are at her home.

The former politician further asked that Dennis’ visitation time be reduced until her boyfriend moves out, according to the website. The development, part of the exes’ ongoing custody battle, comes after the Bravo personality requested that Ravenel’s on-again, off-again girlfriend, Ashley Jacobs, not be allowed to see the children or post photos of them on social media.

Dennis lost custody in 2016 after struggling with substance abuse. A court-appointed doctor advocated for the duo to coparent in 2017, and the reality star mom was later granted 50/50 custody.

However, the legal tussle reignited when Ravenel was arrested in September 2018 for assault and battery in the second degree after an alleged incident with the children’s former nanny. Dennis filed to modify the previous agreement the following month. He denied “any and all allegations of sexual assault” in a November 2018 filing.

Amid the messy court case, Ravenel accused Dennis in November of habitually leaving “the minor children with their maternal grandmother so [she] can party and socialize” and failing “on numerous occasions to take the minor children” to school and appointments.

Dennis, for her part, claimed that her ex “delegated their [children’s] health care to the nannies.” She alleged that, as a result, the “former Nanny provided inaccurate information for medical doctors that was false and caused the children to incur substantial therapy while under the custody of the Defendant.”