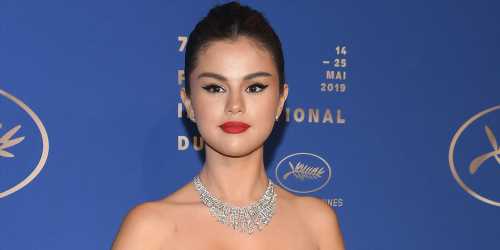 Selena Gomez poses with Chloe Sevigny for pictures while arriving for the Gala Dinner during the 2019 Cannes Film Festival on Tuesday night (May 14) in Cannes, France.

The two The Dead Don’t Die actors were joined by their co-stars in the film, Luka Sabbat, Sara Driver, and Bill Murray, at the event.

PHOTOS: Check out the latest pics of Selena Gomez

Earlier in the day, Selena made her festival debut in a Louis Vuitton dress with her castmates.