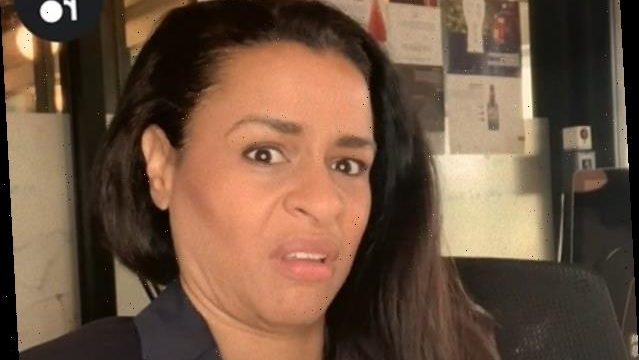 Comedian Sarah Cooper, who was recently named to TheWrap’s Innovators List, shared what’s the biggest bet/hunch that paid off for her despite what everyone told her. Watch the full clip above.

“Oh wait, these things are things that paid off,” she added.

The 42 year-old comedian quit a cushy job at Google, where she met her husband (to whom she is very much still married), in 2014 to pursue comedy full-time.

When asked what her biggest mistake was, and what did she learn from it, Cooper told TheWrap, “Probably the biggest mistake I made was thinking that networking and community wasn’t important and from that I learned how to rationalize the fact that I didn’t have any friends.”

In terms of how this year forced her to innovate in ways she didn’t expect, Sarah Cooper said, “Being stuck at home during the pandemic really forced me to try new things, and one of the things I tried was taking this nightmare that the country was hit with and lip syncing him (Donald Trump).”

Even if you don’t know her name, you’ve definitely seen Sarah Cooper’s viral TikTok videos lip-syncing to Donald Trump’s voice. But unlike the plethora of other Trump parodies on social media and late-night television, Cooper’s comedy hinges not on vocal mimicry or orange makeup and bad wigs, but on the inanity of replaying the president’s own words — and in doing so, the Jamaican American comedian has offered a subversive look at the presidency and earned millions of followers along the way. “Person, woman, man, camera, TV,” anyone?

Cooper isn’t just a one-trick pony, though: This fall, she will star in a Netflix comedy special directed by Natasha Lyonne and executive produced by Maya Rudolph that will touch on issues of race, gender, class and politics. She’s also signed to develop a CBS comedy based on one of her books, “How to Be Successful Without Hurting Men’s Feelings,” with Cindy Chupack (“Modern Family,” “Sex and the City”) as co-writer and showrunner.