Laurence Fox, 44, has blasted Twitter for slapping him with a temporary ban after posting a satirical image of a swastika made of LGBTQ+ flags. The Reclaim Party leader has since had his account reinstated, but it was initially locked after Twitter found the image to have violated their rules regarding “hateful” imagery.

In an exclusive statement to Express.co.uk, Laurence said: “While I’m pleased that my account has been reinstated, this temporary ban only served to reinforce the rank hypocrisy which Twitter is engaged in.

“Over the Jubilee weekend, I lost count of the number of posts comparing the prominence of Union Jack flags around the country to Nazi Germany.

“The prominence of the various pride flags and symbols throughout the month of June however not only goes unquestioned, but its acceptance and celebration are enforced with a sense of hectoring authoritarianism.

“My post was clearly meant to highlight this double standard – and the temporary ban which resulted from it effectively proved my point.” 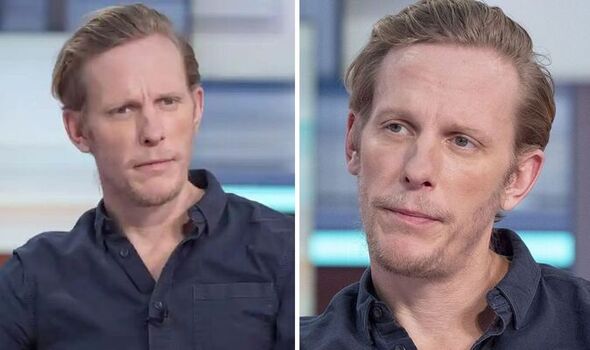 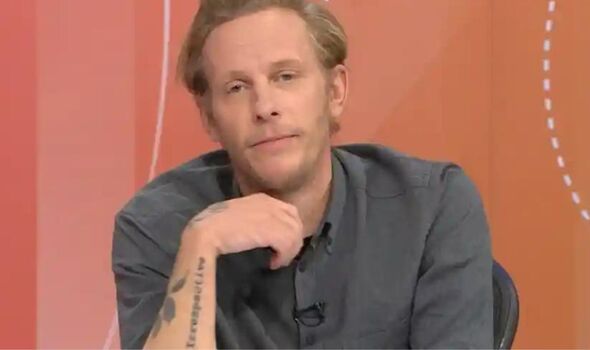 The former actor updated his profile picture on Sunday to the reconstructed flag.

“Oh blessed and most holy month!” Laurence captioned his profile picture update on Sunday, referring to Pride Month which occurs throughout June.

Responses to the star’s tweet were mixed on the social media platform. 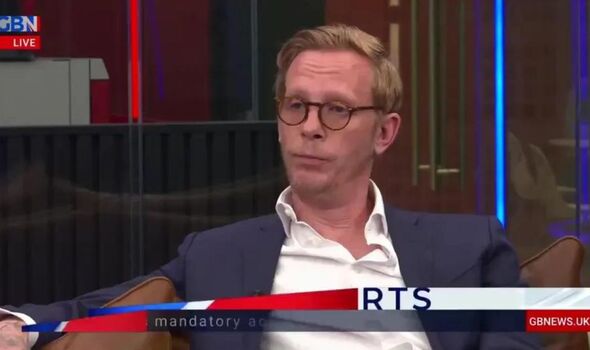 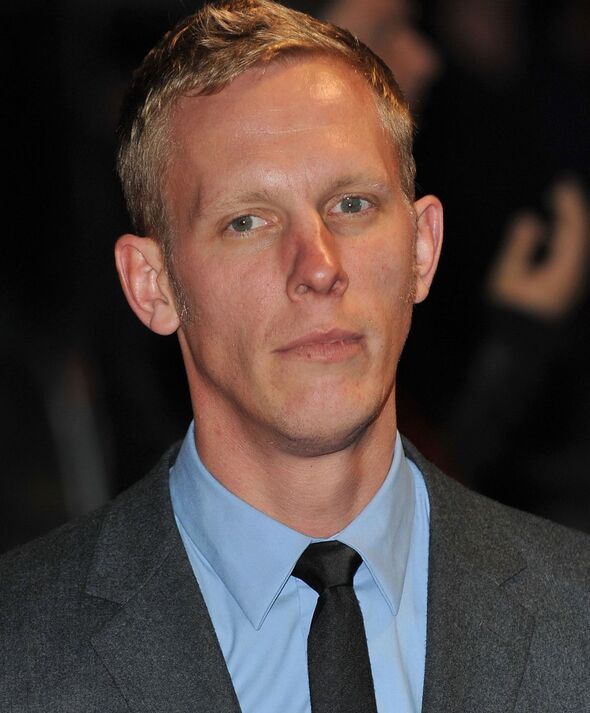 @Casperbryson wrote: “You do realise that the Nazis killed 125,000 LGBT people during the second world war?”

Laurence responded by saying: “Let’s not forget the six million jews they also killed, and the hundred million murdered in the name of Diversity, equity and inclusion (current incarnation of communism) since 1917.

“Also, please take off the “T” from LGB. Homosexuals fought hard for their civil rights.”

“More so coming 48 hours after the killings at an Oslo gay bar. In Pride month too.

“In some countries he’d go to jail for displaying a swastika.”

@LozzaFox after he changed his avatar to that of 4 of the LGBTQIABIPOC2S+ flags put together.

It comes after rows erupted following the Queen’s Platinum Jubilee in May, when Union Jack flags were decorated on Regent Street.

Some commentators took to Twitter to compare the display of nationalism to Nazi Germany.

@Biminibabes wrote yesterday: “People that use the British flag as a symbol for their intolerable views must forget what the ‘union’ Jack stood for.

“F*CK racist nationalist, homophobic morons. My Britain is for everyone.”

Following this, Regent Street has since changed the display to LGBTQ+ flags.

Laurence changed his profile picture in mockery of the decision to change the display.