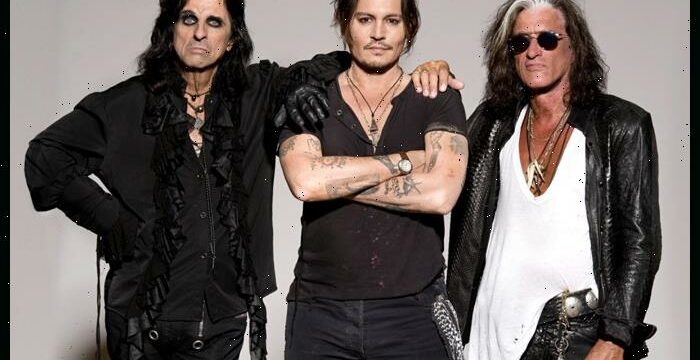 Johnny Depp is reuniting with the Hollywood Vampires, the rock supergroup he co-founded in 2012, for a six-stop European Tour next year.

The Hollywood actor will join Alice Cooper, Joe Perry and Tommy Henriksen at Rudolf-Weber Arena in Oberhausen, Germany, on June 20, 2023, to kick off the tour.

“The Hollywood Vampires are BACK!! We’re coming to Germany and Luxembourg Summer 2023! Tickets go on sale Monday 27 June at 11:00am CET. Keep an eye out for more to come…,” the band wrote on social media.

Depp and Jeff Beck are scheduled to release a collaborative album titled 18 on July 15.

Depp was recently awarded more than $10 million in damages in a defamation lawsuit against ex-wife Amber Heard.