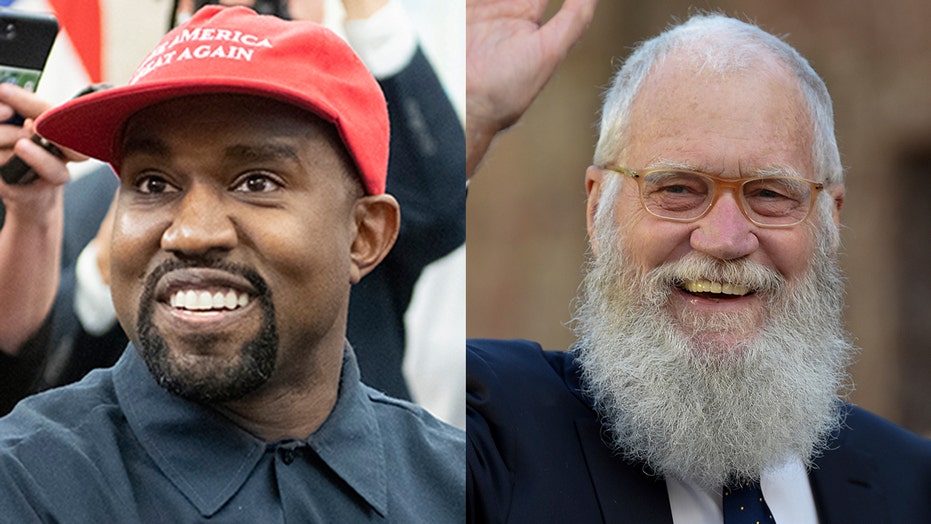 Fox News Flash top headlines for May 24 are here. Check out what’s clicking on Foxnews.com

Kanye West claimed liberals bully supporters of Donald Trump after being challenged on his political views by David Letterman on the comedian’s Netflix series.

West appeared in the new batch of episodes for Letterman’s interview series “My Next Guest Needs No Introduction,” where the duo sat down for an in-depth discussion on everything from fashion to music and politics. West has been an outspoken supporter of the president, even publicly wearing a “Make America Great Again” hat on “Saturday Night Live” and visiting the Oval Office last year.

According to The Daily Beast, West was the first to bring up his Trump support with Letterman in the midst of a conversation about the #MeToo movement.

“This is like my thing with Trump — we don’t have to feel the same way, but we have the right to feel what we feel,” he said.

The singer went on to explain that his decision to wear a “Make America Great Again” hat is “not about politics” but rather his way of showing people they shouldn’t be afraid to show their support for the president.

When speaking about Republican-led voter suppression efforts during the midterm elections, the host also questioned whether West’s support might be indirectly hurting the people he claims to help.

“So if I see a person that I admire talking about Donald Trump can think whatever he does,” Letterman said, “I wonder if those thoughts, indirectly, aren’t hurting people who are already being hurt.”

West responded by asking if Letterman had ever been beaten up in high school for wearing the wrong hat.

West has previously said that he is taking a step away from politics, but took to Twitter in January to voice similar views on how supporting Trump is more of an act of rebellion rather than an endorsement of his politics.

“Trump all day,” he tweeted. “One of my favorite of many things about what the Trump hat represents to me is that people can’t tell me what to do because I’m black.”

He continued: “Blacks are 90% Democrats. That sounds like control to me.”