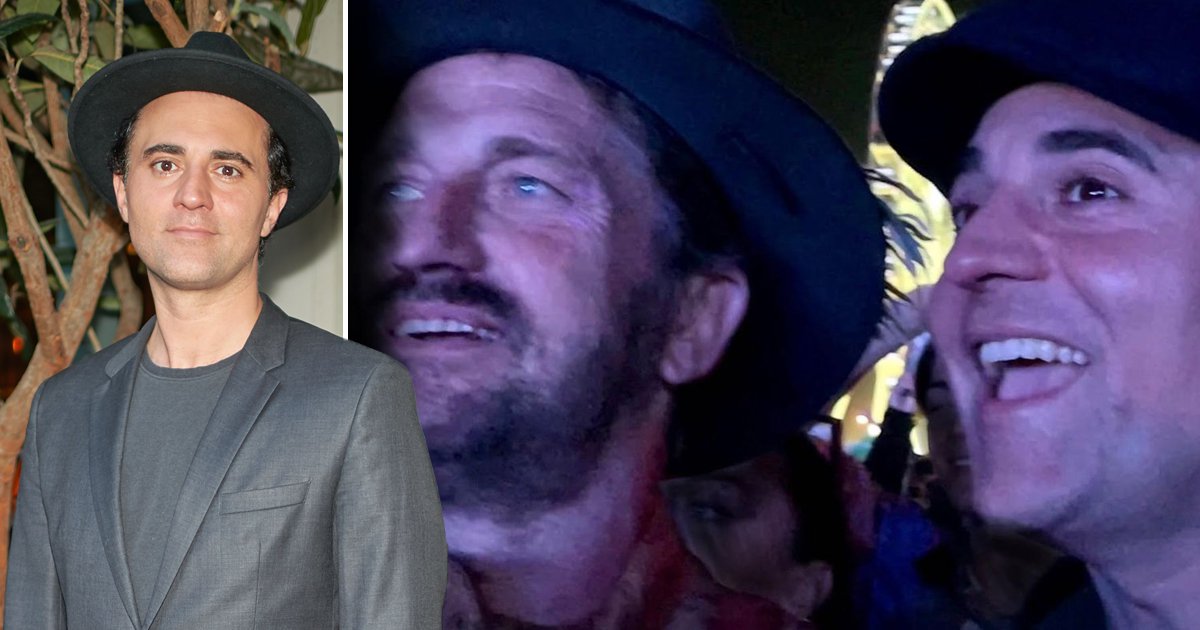 Gerard Butler has expressed his devastation following the death of Pop Idol star Darius Campbell Danesh at the age of 41, describing him as his ‘brother in arms’.

Earlier this week, it was confirmed that the singer had died after being found unresponsive at his apartment in Minnesota, US.

Tributes have flooded in from the artist’s fans, loved ones and fellow members of the music industry, with Simon Cowell saying in a statement: ‘His passing, for someone so young, is an absolute tragedy and my heart goes out to his family and friends.’

Weeks before his death, the late West End performer was photographed going for a stroll on the beach with Hollywood star Butler, in what’s believed to have been the final picture taken of him before his death.

In a lengthy statement shared on social media, the PS I Love You actor said he was ‘devastated by the sudden passing of my dear friend Darius, a true brother in arms’, as he shared a photo of them smiling together.

‘My thoughts and love go to his wonderful mum and dad Avril and Booth and his two brilliant brothers Aria and Cyrus,’ he wrote on Instagram.

Butler, 52, said that anyone who met Campbell Danesh were ‘deeply moved by his infectious laugh and barely containable zest for life’.

‘He was always armed with a smile, a booming voice, and a genuinely warm embrace that few could resist-nor would they want to!!!’

The actor paid homage to the singer’s ‘incredible talent’, with a voice that ‘touched your soul’, as well as being ‘an actor with great presence’.

‘But, most importantly, he had the heart of a lion. It was bigger and brighter than the sun and an energy so contagious he could light up a room in seconds,’ he stated.

Butler spoke of his late friend’s ‘dream to inspire others to better themselves’, saying that while he ‘talked the talk’, he also ‘walked the walk’.

‘He had such purity of thought, a deep wisdom and constant gratitude for people, for life, a compassion towards all,’ the Den of Thieves star shared, honouring Campbell Danesh’s ‘hilarious self-deprecating sense of humour’, which ‘allowed him to stay humble’.

Butler added that he was the ‘perfect friend’ who led by example’, as he had an ‘undying commitment to being of service to individuals – his family, his friends (none more so than me) and to the world at large’.

The actor wondered if there is ‘some meaning’ in the universe as to ‘why he left us so early’, before writing that ‘something tells me there will be way more waves created by our boy Darius further down the line’.

‘My heart aches heavily. But going forward, I will beat my drum louder and celebrate life and its every beautiful moment because my brother showed me that was a pretty awesome way to go about it,’ he concluded.

Following Campbell Danesh’s death, his hit song Colourblind, which first topped the charts 20 years ago, has soared to number one on iTunes.

A statement released by his family in the wake of his death read: ‘We ask that you kindly respect our wishes for privacy at this time whilst we come to terms with the tragic loss of our son and brother.’