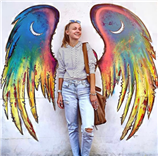 We have all been captivated by the disappearance of Gabby Petito.

The 22-year-old Instagrammer abruptly vanished, but it was the harrowing details before and after that galvanized the internet.

Amidst massive pressure on social media and elsewhere, law enforcement uncovered what they believe to be Gabby’s body.

While her “missing” fiance Brian Laundrie has yet to be found, the FBI has completed a search of his family home.

On Monday, the FBI conducted a search of Brian Laundrie’s parents’ home in North Point, suspecting it of being a crime scene.

This was part of a court-authorized search warrant related, they confirmed, to the Gabby Petito case.

Laundrie’s parents were escorted from the home before the search began.

Laundrie’s parents were then brought back into their home for questioning.

FBI investigators removed a number of items while carrying out the search warrant.

One item that was removed was a Ford Mustang convertible, which was towed away.

Brian Laundrie himself remains “missing,” but he very notably did not disappear at the same time that Gabby did.

Gabby Petito was confirmed by hotel staff as having stayed at a hotel near Salt Lake City International Airport on August 24.

Nicole Schmidt, Gabby’s mom, shared that Gabby had told her that they were traveling from Salt Lake City to Yellowstone National Park.

August 24 was when Nicole received her last FaceTime call from Gabby.

At that time, Gabby told her that she was in Grand Teton National Park, which is in northwestern Wyoming.

Text messages followed until August 30, the last one reading “No service in Yosemite,” but Nicole has doubts that the texts came from Gabby.

What we do know is that two days later, on September 1, Brian Laundrie returned to Florida without Gabby.

He did come home with the van in which he and Gabby had been living as part of their heavily Instagrammed nomadic lifestyle.

Six days later, on September 17, officials reported that Brian had also gone missing. He has not been seen since September 14.

Brian had previously declined to speak to investigators who were following up on the missing person’s report.

On the same day that Brian vanished, a TikToker named Miranda Baker claimed that she had picked him up on August 29 while he was hitchhiking in Grand Teton.

On Sunday, September 19, authorities discovered a body in Bridger-Teton National Forest that they believe to be Gabby Petito.

Obviously, forensic analysis by the medical examiner and others will be needed to identify the remains … and the cause of death.

Brian has yet to be located, but it is hoped that evidence recovered from his parents’ home will point investigators in the right direction.

One cannot ignore the role that social media has played in this investigation.

The abundance of information and the ease with which people can share their own side of things has helped.

For example, it was a pair of YouTubers who identified a camper van similar to Gabby and Brian’s on a personal video that they took in Bridger-Teton.

Social media has, in that way, allowed an unprecedented number of eyewitnesses to effectively work together to canvas for witnesses and evidence.

Of course, at the same time, the desire for clout and attention and views has led to inevitable false leads, potentially tying up vital resources.

Even so, it seems likely that Brian will be recognized and possibly even filmed if he appears in public in the near future.

We cannot ignore how this case has highlighted the failures of law enforcement before Gabby’s disappearance.

The actual 911 caller who reported a “domestic dispute” between Brian and Gabby described Brian as the physical aggressor.

They described him slapping and hitting Gabby. This was before police stopped them.

Police, in turn, identified Gabby as the aggressor.

Seemingly, the officers were not informed of the 911 caller’s description.

It is a very common tactic for abusers to portray their victims as abusers, often acting calmer than their victim while doing so.

In many ways, this case is a reminder of the horrors that people can face from those who are supposed to love and protect them.

Domestic violence is an insurmountable evil that ruins lives even when it does not end them.

Our society is ill-equipped to protect survivors, to help those who escape it, and often shames victims while leaving perpetrators unpunished.

Meanwhile, the public firestorm of this case further highlights inequalities in our society.

Not every missing young woman receives this kind of attention.

Gabby was an attractive, blonde, white girl whose family is social media savvy and were desperate to find her.

People without close family ties — or without family who speak English — deserve to be found.

Missing women who are less conventionally attractive, or who are not white, or lacked Instagram followings deserve the same level of effort.

But none of that systemic inequality baked into our instititions and culture is, or was, Gabby’s fault. And neither was her death.