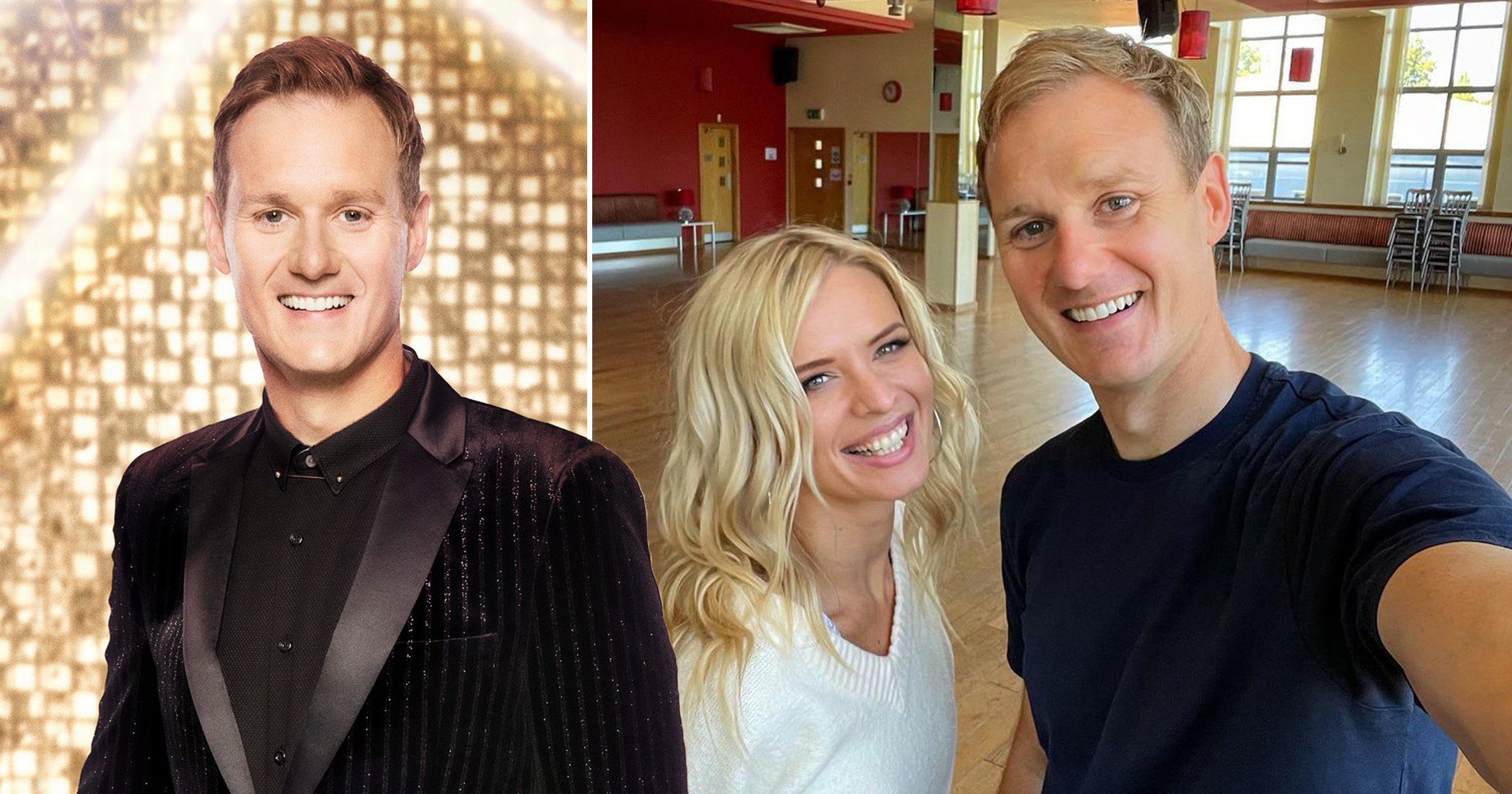 Strictly Come Dancing 2021 star Dan Walker has shared an update from rehearsals, showing off the bruise he recently sustained in a ‘stupid’ accident.

The BBC Breakfast presenter recorded a video with dancing partner Nadiya Bychkova after previously expressing how grateful he was that she stayed with him at A&E when he went to hospital.

Before Strictly kicked off, Dan revealed on social media that he suffered a painful head injury after accidentally walking straight into a glass door – leaving him with a rather nasty bruise on his forehead.

Now, he’s spoken to his social media followers to give them a taste of what to expect from their quickstep on Saturday’s show.

The video sees Dan speaking to Nadiya about their set-up in their Sheffield training base.

He also talks us through the cues Nadiya has been using to help during practise sessions, including the hand prompt ‘fish fingers’ and ‘snake’.

‘Training update… 4 days to go until the @bbcstrictly live show @nadiyabychkova is working me hard,’ Dan captioned the clip.

It’s a relief for Dan after he previously shared a health update with fans, and revealed he was feeling ‘wobbly’ after the incident.

Alongside pictures of himself in A&E, he told his followers: ‘Bit of head-based drama today!

‘After whacking my noggin on the big glass window yesterday I got sent to A & E today because I was feeling a little wobbly.

‘A lovely nurse at Barnet Hospital called Karina checked my vitals and 6ft 9 Consultant Erik Witt gave me a CT scan to check for a bleed on the brain. Thankfully… All ok.’

‘I’ve got to rest for a couple of days – so I’ll be a bit behind – but ready to dig in again next week,’ he continued.

Strictly Come Dancing continues on Saturday night at 7pm on BBC One.