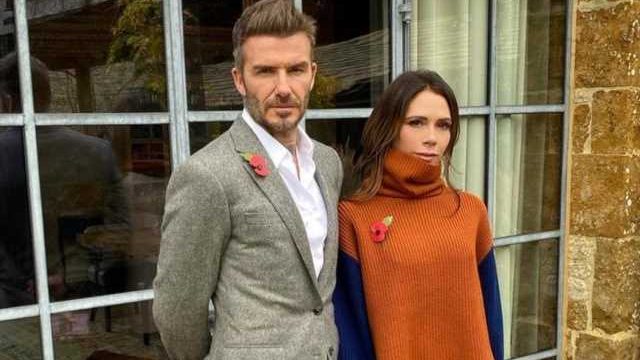 David Beckham and his designer wife are reportedly planning to build a special barn for bats and birds at their multi-million dollar property in English countryside.

AceShowbiz -David and Victoria Beckham are building a barn for bats and birds at their English country home.

The former soccer ace and the fashion designer have submitted a detailed ecological report with their planning application about the impact of the proposed outbuilding, according to the Daily Mail.

The Beckhams note the new “bat hotel” will provide “roosting and nesting opportunities for bats and birds” but they intend to pause construction until at least August (21) so as not to disrupt the local bird nesting season.

According to The Sun, the new structures will include the bat haven, a shed, and a large storage barn for tractors.

They first submitted blueprints to the West Oxfordshire District Council last month (May21), but local councillors have not yet greenlit the storage plans, citing concerns about local wildlife.

With their flying friends in mind, David and Victoria now intend to plant hedgerows and trees to protect native birds and install special lights that will not adversely affect bats.

The celebrity couple, which shares children Brooklyn, Romeo, Cruz, and Harper, purchased its home in the Cotswolds in 2016 for a reported $8.57 million (£6.15 million).

Early this year, it was reported David and Victoria Beckham were granted permission from local council to build a lake at their countryside property. The couple won approval to have the large water installation at their multi-million dollar estate in Cotswolds, England as long as they didn’t use motorised boats on it.

However, locals slammed the plans as they feared it could cause flooding in the area.