Oh no… All that healing time, and the wound is opened fresh again thanks to a single photo.

Alice Evans has been vocal for the past year about the pain of her husband Ioan Gruffudd leaving her and their daughters all of a sudden after returning to El Lay from filming in Australia. The wrath really ramped up, of course, when he decided to go public with his new girlfriend: a 30-year-old actress named Bianca Wallace. We say “new” but of course since she’d been on his TV show for a while it seemed clear he had left the family for the younger woman. That’s certainly what Alice took from it.

But it’s now been over two months since that pic tore open the Vampire Diaries alum’s heart. And on New Year’s Eve, Bianca ripped it right open again.

We told you about the Aussie’s post — which ended with an image of her and Mr. Fantastic’s shadows holding hands in France. That pic was just as harmful for poor Alice as you might expect. Tweeting with followers a few days later, the 50-year-old referred to “the recent ‘shadow picture’ in Nice,” writing about Bianca:

“She wants to put a stake in my heart. I’ve never seen such a lack of empathy.”

Ouch. She went on to reiterate there was a less cruel way to do this whole “leaving your wife for a much younger woman thing,” saying:

“Pity, because we could have all been friends if they’d played this right. I have no problems with forgiveness. But this is evil.”

She even posted — then deleted — a copy of the pic, saying:

“This has been causing me quite a big amount of stress. I’m so happy for them. It’s like one long holiday. It’s not that they don’t deserve it- I hear B only is on vacay so why should she change. It’s the hurt – the real pain that this photo causes me.”

She told another fan the Nice photo “was sick.” Why? Well, it turns out the South of France is somewhat special for Alice. 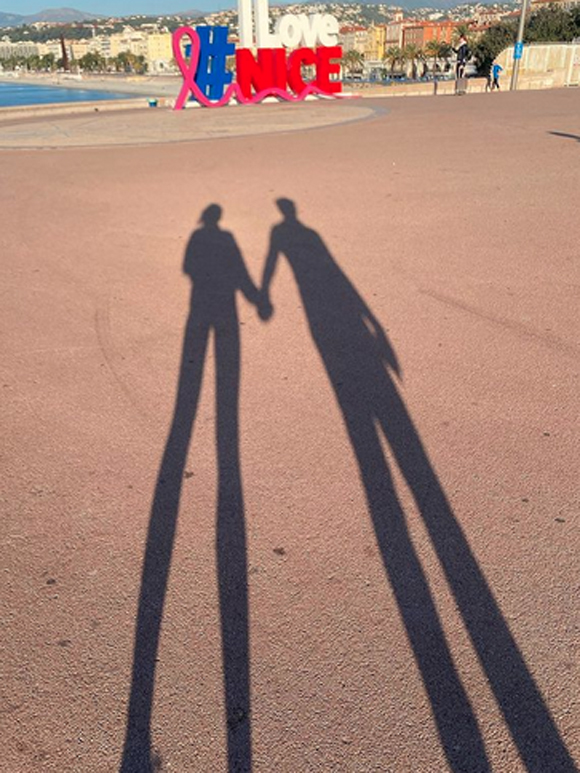 The actress explained that she had lived in France for 10 years and had been looking forward to going with Ioan when he went to film his new project:

“France is sort of my second country, so I as SO looking forward to experiencing it with him and showing him my favorite things about it. I was SO SHOCKED when I wasn’t invited…”

It was on that film set in France where Ioan and Bianca shared their first pic together. His trip to the country is clearly a very sore spot for Alice.

Speaking to other fans she rebuffed the idea her ex had expressed that he left her and not the kids, pointing out that he didn’t try very hard to take them with him. She jabbed:

“Or invite them to such man amazing place as the South of France? But no – he wanted to invite Bianca. They know that. of course they know that! How do you think they feel?”

Apparently it used to be a regular thing for the star to take the family along on these kinds of location shoots:

“Everywhere my husband used to have me bring the kids and boy they learned so much about different countries. Now it appears to be called The Neverending Holiday of Bianca. Cos now SHE FOLLOWS him and WE stay at home.”

“I will never take him back. However, I hope we find a way for his kids to love him again. At the moment it’s torturous because they don’t want to see him. And he wants desperately to see them in a public place (NOT our house) so they can get papped. it’s awful”

Oof. If that’s true it’s really gross. But their kids aren’t falling for it. Alice says:

“My kids don’t want to see their father. Please give me a break because it is EXTREMELY hard to be in the middle when nobody freaking understands. I am trying to encourage father to come to the house to facilitate. Trying to encourage them to meet him in the park too. NO go.”

The whole situation is fraught, but we hate hate HATE that kids are being hurt here.

Do YOU think there was a way Ioan could have handled this breakup and moving on with a younger woman that was less hurtful? Or was it always going to be torture no matter what??