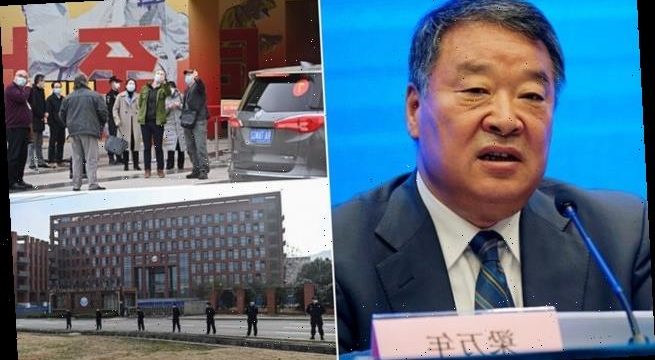 The theory that Covid-19 leaked from a Wuhan lab has been abandoned by WHO experts investigating the origins of the pandemic, a Chinese scientist says.

The joint WHO-Beijing panel is due to issue its politically sensitive report next week following a visit to Wuhan in January and February which raised further questions about China’s transparency.

The WHO says the report is not yet finished, but Liang Wannian, the head of the Chinese wing of the panel, told state media that the lab-leak theory had been deemed ‘extremely unlikely’ and would not be investigated further.

‘Future virus origins-tracing missions will no longer be focused on this area, unless there is new evidence,’ said Liang.

He added that the findings were the ‘consensus’ of WHO and Chinese scientists – denying that the report was delayed because of disagreements between experts. 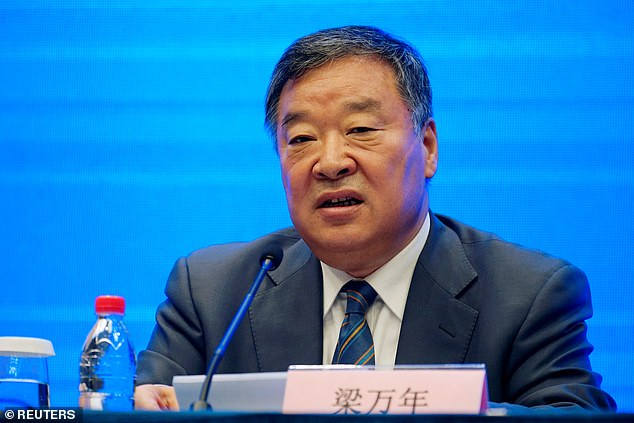 Liang Wannian, the head of the Chinese wing of the expert panel, says experts have agreed that it is ‘extremely unlikely’ that the coronavirus leaked from a Wuhan lab 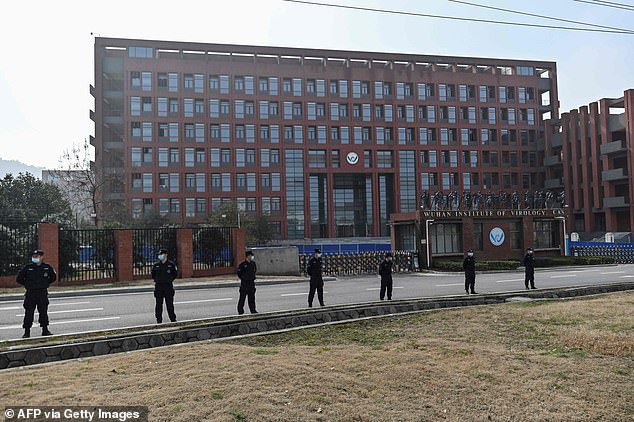 The Wuhan Institute of Virology, pictured, has come under scrutiny since the virus was first identified in the Chinese city in December 2019 before spiralling around the world

The highly-anticipated report is due to examine a range of theories about how the virus first jumped from animals to humans – with bats among the prime suspects.

But Washington and others have touted theories that the outbreak was not caused by nature but by a leak or accident at a secretive Wuhan virology lab.

The Trump administration claimed in its final days in office that some researchers at the lab had become sick in autumn 2019, before the first cases were confirmed.

China has always denied these suggestions, and has sought to sow doubt about whether the virus originated in Wuhan at all.

The WHO experts were tasked with finding answers but their mission to Wuhan was marred by claims of a cover-up by Chinese authorities.

The UK and US both raised concerns about China’s transparency during the WHO trip, which followed months of negotiations with Beijing.

Liang, the Chinese expert leading Beijing’s side of the panel, rejected the US claims by saying that no infections had been found earlier than December 2019.

Asked whether the report was delayed because experts disagreed, Liang said the results of the joint study ‘are the consensus of Chinese and foreign experts’. 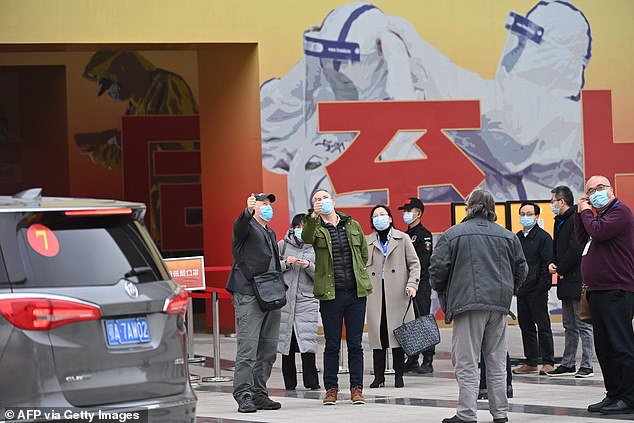 Members of the WHO’s expert panel arrive to visit a museum exhibition about China’s fight against Covid-19, on a visit which raised doubts about China’s transparency

‘We want to present a complete, rigorous and scientific report at the maximum level, so this process takes some time,’ he told the state-run Global Times.

‘It is hard to expect 30 or so scientists on both sides to give clear answers to all the questions in a month’s time.’

Liang asserted in his interview that ‘the virus is of natural origin’, saying ‘it is extremely unlikely that the outbreak was caused by a laboratory leak.’

He said the experts had visited the virology institute at the centre of the lab-leak theory and claimed they had ‘candid, deep communication’ with experts there.

‘After their field visits and study, the experts team agreed unanimously that it is extremely unlikely that the virus leaked from the lab,’ Liang said.

‘So future virus origins-tracing missions will no longer be focused on this area, unless there is new evidence.’

WHO spokesman Christian Lindmeier told reporters on Tuesday that the findings would likely be published next week, saying it was ‘simply not ready’ before then.

‘What we hear from the technical experts, from the mission members, is that the report most likely will come out now next week,’ he added. 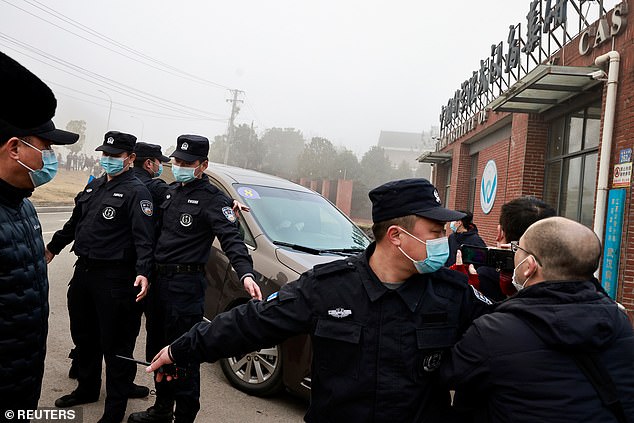 Lindmeier said that the team of experts, who are drafting the report with their Chinese counterparts, were still finalising the document.

‘They want to get it right. That is the important part.’

The team had initially planned to quickly publish a preliminary report, but that plan was shelved in February without a clear explanation.

WHO chief Tedros Adhanom Ghebreyesus had subsequently promised that the full report would be published sometime this week, promising to give member states an advance peek at the conclusions.

But the epeated delays have sparked renewed criticism of the UN health body’s slow response to a calls for a full and independent investigation.

It took months to select the 10 international experts, including epidemiologists and animal health specialists, amid diplomatic wrangling with China.

In the end, they arrived in Wuhan more than a year after the virus was first identified there before erupting around the world and killing more than 2.6million people.