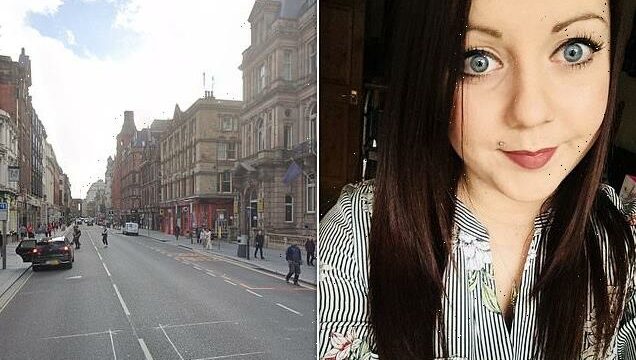 Woman, 29, is found dead in her Airbnb bathroom by heartbroken friends who she was celebrating a hen do with

A 29-year-old woman was found dead in her Airbnb bathroom by devastated friends who she was celebrating a hen do with.

Kay Reed travelled from Redcar, North Yorkshire to Liverpool via minibus on April 29 with a group of women she was celebrating an upcoming wedding with.

The group spent the following day playing crazy golf and celebrating before going back to their apartments on Dale Street, where Ms Reed began to complain of feeling unwell and went to bed.

She was found on the floor of her apartment bathroom at around 1:30am on May 1 by her close friend Louise Johnson. 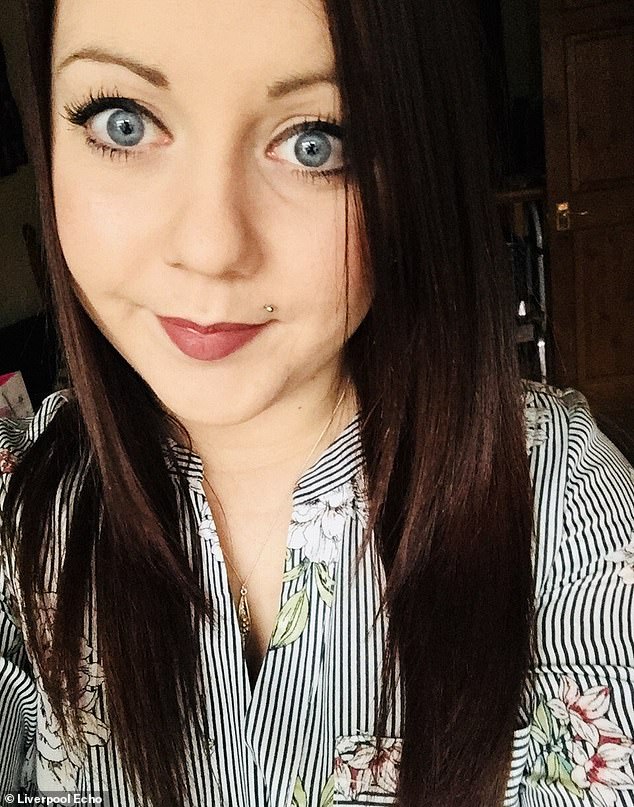 Kay Reed, 29, of Redcar, North Yorkshire, was found dead in her Airbnb bathroom by heartbroken friends who she was celebrating a hen do with

Friends called paramedics but Ms Reed could not be revived, her inquest in Liverpool was told yesterday.

The 29-year-old’s heartbroken friends set up a web page in her memory, sharing messages of love and grief.

Ms Johnson, who found Ms Reed’s body, said: ‘Enjoy the heavens my perfect Kay. I wish you could be here to see just how loved you are. 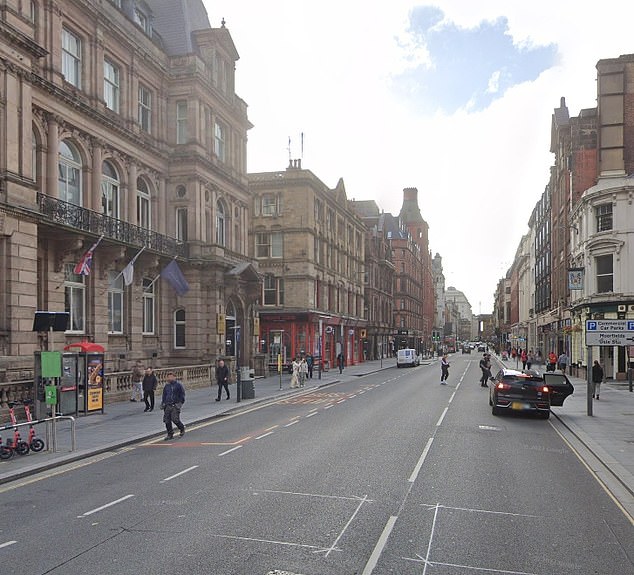 The apartment which the group of women were staying in while visiting Liverpool for a hen do was located on Dale Street, pictured, in the city centre

‘Make sure you have a pint waiting for me beautiful. I love you more than words could ever say, and actions could ever show. You are the light in my world and I will keep you with me forever.’

Meanwhile, the court was told that Ms Reed, a call centre operative from Redcar, had been out drinking with her friends in Liverpool’s city centre on April 29.

The group visited a Wetherspoons at 10:30am, played crazy golf at Junkyard Golf Club and ate at Five Guys before returning to Dale Street to prepare for their night out. 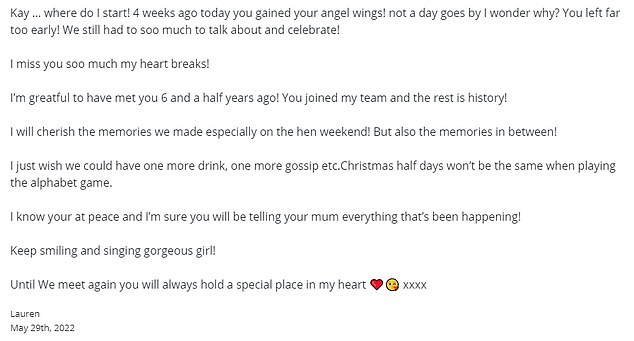 The women spent the evening at the Alma De Cuba bar on Seel Street before returning to their apartments at 12:30am.

Paying tribute to her friend, the bride of the hen do Lauren Kenny said: ‘Keep smiling and singing gorgeous girl! Until we meet again you will always hold a special place in my heart.

‘I’m grateful to have met you six and a half years ago! You joined my team and the rest is history!

Ms Reed’s friend Gemma said: ‘Kay, you had the ability to instantly put people at ease. From the moment we met, your positive bubbly personality just radiated and it was an absolute pleasure being around you.

‘I cannot believe how our weekend with so many amazing memories ended the way it did and I’m just so sorry. I am struggling to process what happened and life just seems so unfair but I know you will be reunited with your family in heaven.’

According to the Liverpool Echo, coroner Anita Bhardwaj said: ‘It’s more likely than not the alcohol consumed has rendered Kay unconcious. Kay has vomited and inhaled gastric acid into her upper airway, resulting in her death.

‘It’s something that a lot of people do, going out drinking. It’s not something that is unusual and she was clearly very unfortunate as to the results of what happened. I think this just demonstrates how dangerous alcohol can be.’