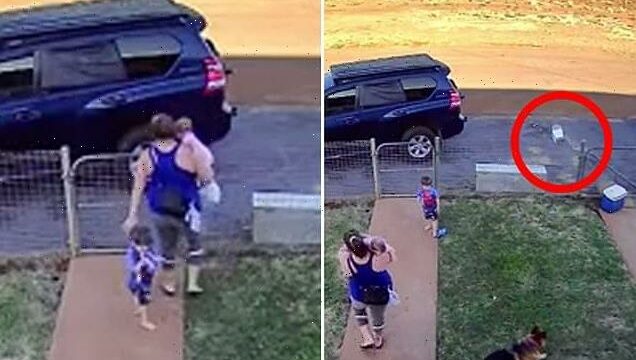 Watch the incredible moment eagle-eyed Aussie mum with a baby in her arms saves her young son from a massive snake: ‘Lucky mum saw it’

An eagle-eyed Queensland mum has saved her son from a potential snake attack after she spotted it slithering towards her young child.

The footage, posted to TikTok by Cloncurry local Christopher Crisp, showed their son Lucas playing with the family dog on the front lawn of their outback home on September 21.

Lucas, unknowingly metres away from the snake, ran around with the family’s German Shepherd before his mum Raquel walked out with a baby in her arms.

The footage showed Raquel stopping just short of their front gate after spotting the massive brown snake before she stepped in between the reptile and her son.

Raquel ushered Lucas inside with her free hand, clutching the baby with the other, while the snake slithered in the opposite direction.

Mr Crisp took to TikTok to explain how close his son Lucas was to harm.

‘The snake sat there for over a minute watching the dog and Lucas play in front of the yard,’ he captioned the video.

TikTok users weighed in on the video, with many praising Raquel for protecting Lucas.

‘Good eye Mumma!! I literally saw nothing till now,’ one commenter wrote.

‘You see the power of a mother, even the snake was like “nope I heard about mums when it comes to their kids”,’ another user wrote.

‘That’s crazy how it takes off fast after it sees mum,’ a commenter agreed. 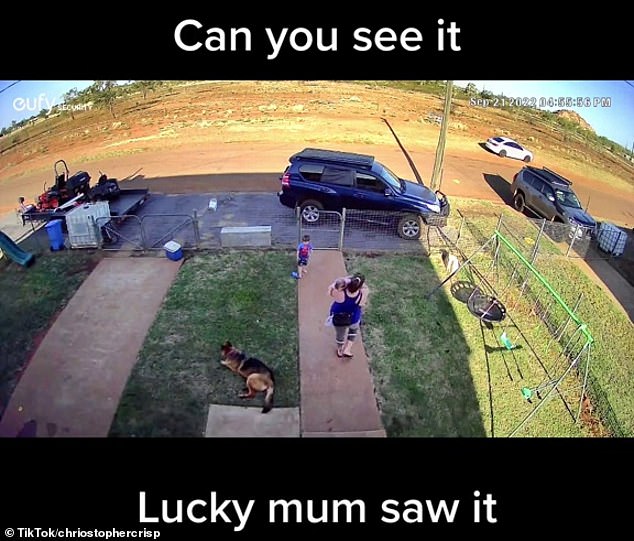 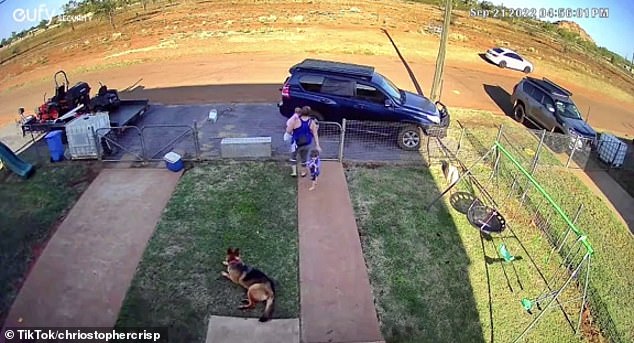 Raquel’s son, Lucas, is seen playing alongside their family dog in their front lawn, unknowingly meters away from the snake (pictured, Raquel standing in between Lucas and the snake)

After the video blew up, Mr Crisp uploaded the footage and zoomed in on the snake slithering away, with users theorising what type of snake was lurking nearby.

‘I think that this could be a venomous brown snake but the image is a little blurry,’ one user wrote.

‘Looks like a King brown, way too big to be an Eastern brown,’ another wrote.

Mr Crisp weighed in on social media, saying he thought the snake could be a non-venomous carpet python.

‘Hard to tell with the footage we caught,’ he wrote.

Both king brown snakes and carpet pythons are found in areas around Cloncurry and can grow up to 2.5metres long, however the snake in question has remained unidentified. 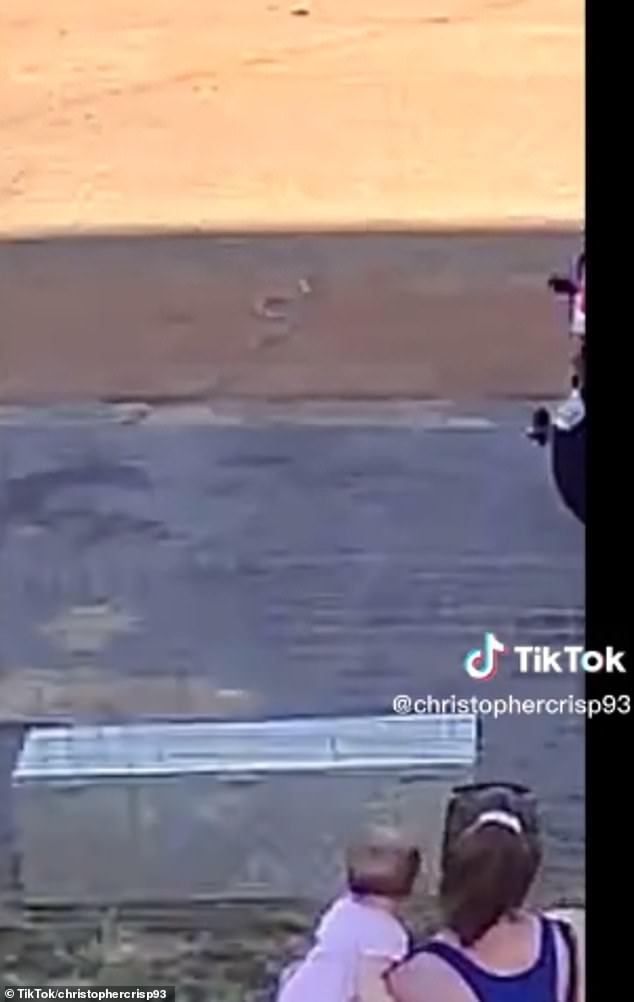 Users have praised Raquel for stepping in, with one commenter writing ‘Good eye Mumma!! I literally saw nothing till now’ (pictured, Raquel Crisp with baby in hand, watching the snake slither away) 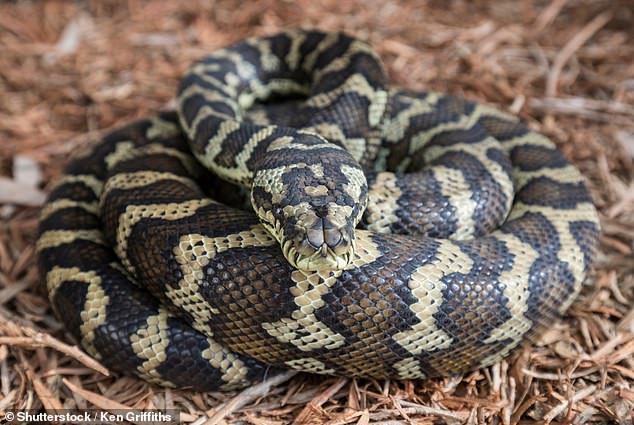 Christopher Crisp, Lucas’ father, believed the snake could be the non-venomous carpet python (above) but is unsure due to the video’s low quality