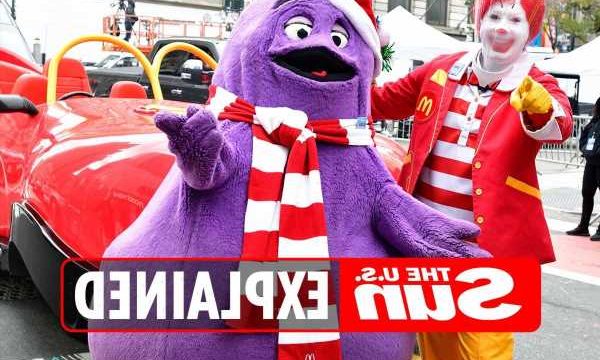 FOR several decades, Ronald McDonald has been joined by a trio of beloved characters, the Hamburglar, Birdie the Early Bird and Grimace.

However, there's one burning question that has eaten at Micky D's lovers – what exactly Grimace is supposed to be. 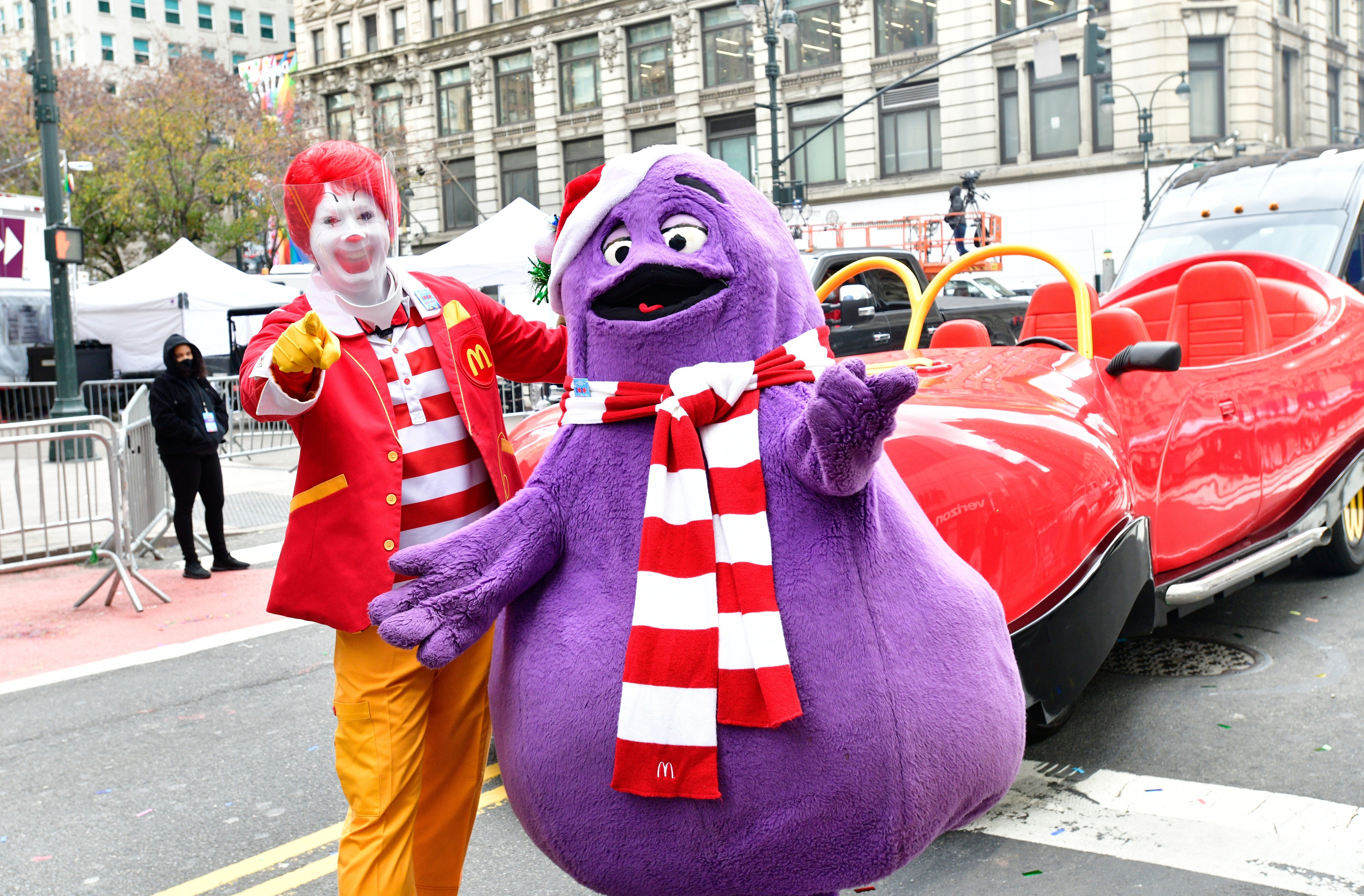 When was the McDonald's character Grimace introduced?

The lovable, spherical-shaped, purple character Grimace has always been one of McDonald's most recognizable faces.

Grimace was first introduced back in 1972 as "Evil Grimace".

Since the early '70s, Grimace has had the same purple shape with short arms and legs.

His most common expression is the word "duh" before every sentence.

At the time, Grimace appeared in McDonald's commercials, swiping all the cups from McDonaldland to stop anyone from having milkshakes or Coca-Cola.

What is McDonald's character Grimace?

Ronald McDonald is a clown, Mayor McCheese is a cheeseburger, Birdie the Early Bird is a bird, the Hamburglar is a thief, Mac Tonight is a Moon and the Fry Kids are fries.

However, after several decades since his introduction, a McDonald's manager may have finally revealed what exactly Grimace is.

Brian Bates – a manager of a McDonald's in Canada – revealed the answer to the biggest mystery, telling CBC News that Grimace "is an enormous taste bud, but a taste bud nonetheless."

Bates, who was recently named outstanding manager of the year CBC News reported, said the purpose of Grimace is to show the food tastes good.

This is not the first time the taste bud theory has been tossed around.

In a 2012 tweet, the corporate account for McDonald's noted in response to another use Grimace "is the embodiment of a milkshake, though others still insist he's a taste bud." 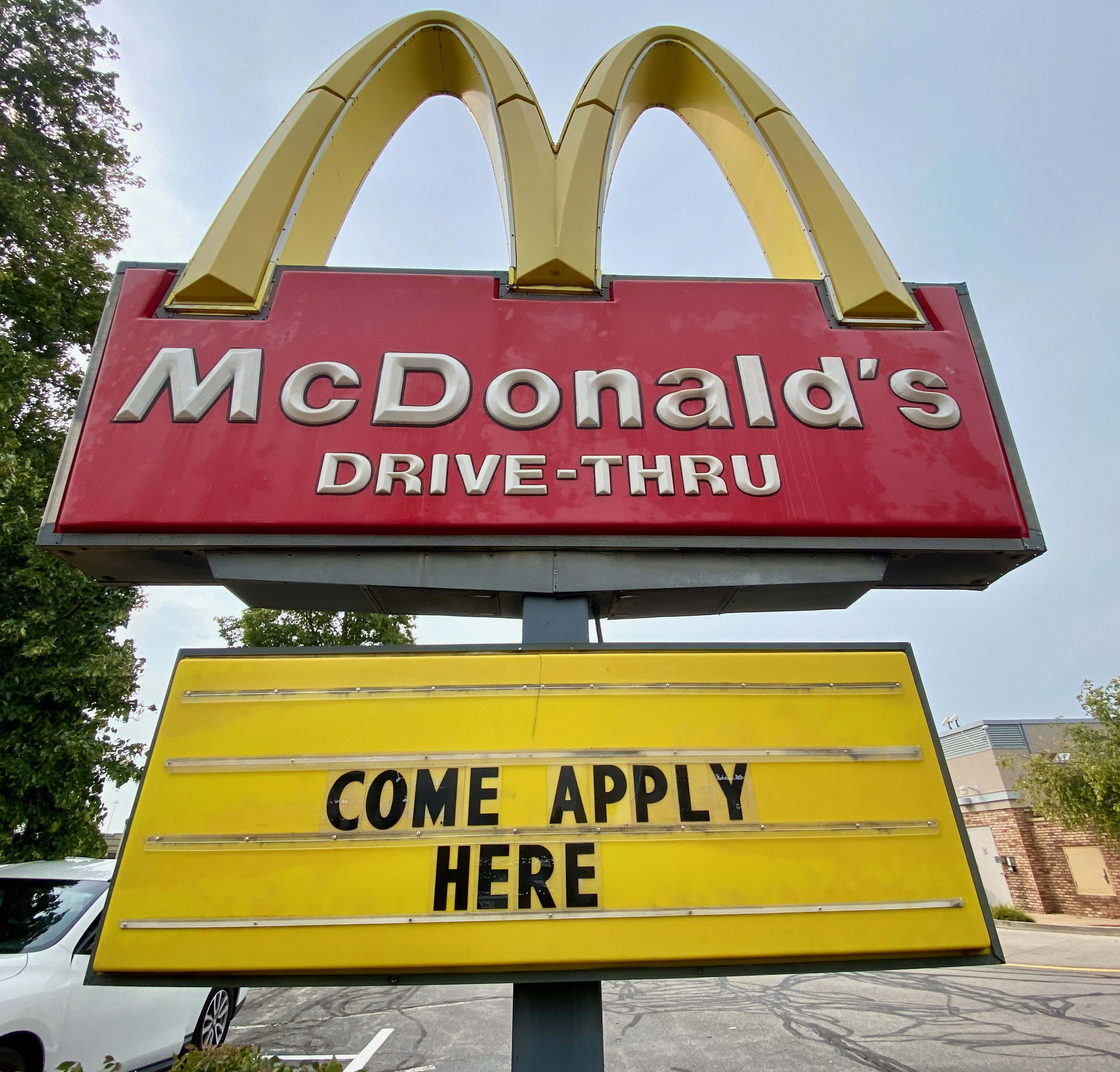 The revelation caused a firestorm on Twitter, as Mickey D's lovers were shocked to learn about Grimace's true stood for.

One person tweeted: "I was today years old when I found out that Grimace from the McDonald's franchise is meant to be a human taste bud."

Another Twitterer shared: "My entire world view has been upended. I mean, I never knew what the hell Grimace was, but I didn't think it was THIS."

A third person wrote: "In case you were wondering, Grimace is a taste bud. You are welcome."