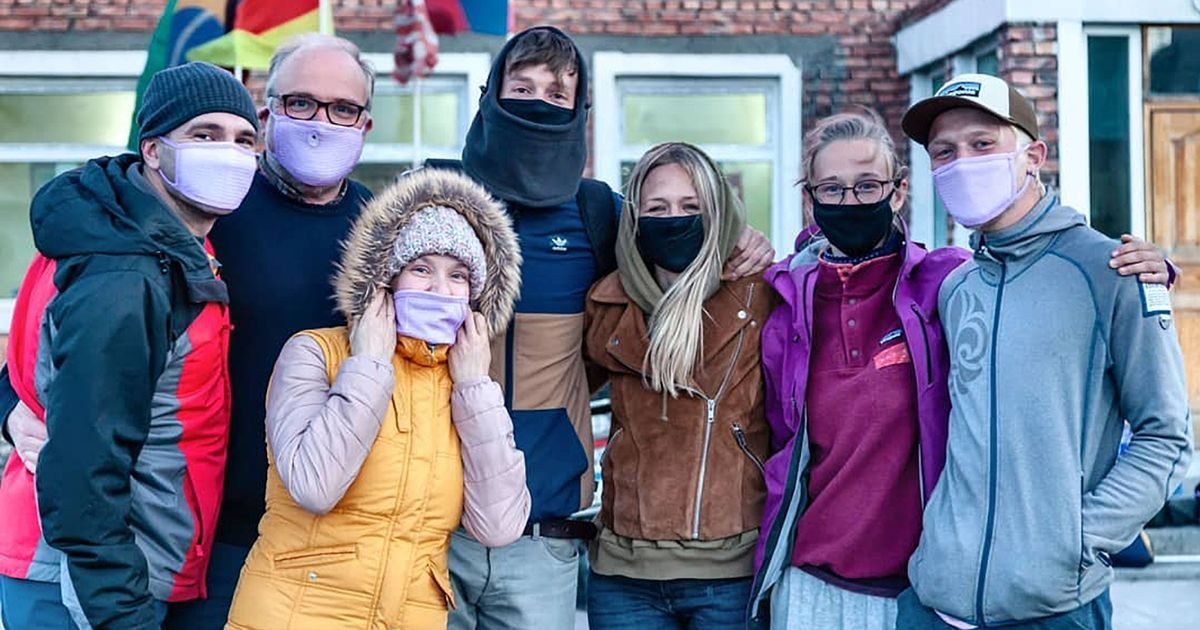 These are the first photos of Western tourists trapped in a city under lockdown due to a suspected deadly outbreak of bubonic plague.

Footage shows the tourists singing a song to desperately keep morale high amid claims they have been prevented from leaving Uglii, Mongolia, due to the Black Death bacterial disease.

It killed a husband and his pregnant wife, both in their 30s, last week.

The travellers are understood to be from US, Netherlands, Germany, Sweden, Switzerland, and South Korea.

The dramatic new photos show them wearing face masks in western Mongolia. The quarantine regime is a desperate attempt to prevent the spread of the bubonic plague.

The groups are marooned in hotels, reports say.

Other images from capital Ulaanbaatar have shown at least one aircraft being met by anti-contamination emergency workers in a bid to prevent spread of the disease.

The tragic Mongolian couple who reportedly died from the plague got infected after eating the raw kidneys of a marmot, it is understood.

The man named Citizen T, aged 38, died on 27 April after hunting and eating a marmot, then his pregnant wife, 37, died three days later.

Russian tourists told of the lockdown preventing the international travellers from leaving.

"The city is closed due to some plague-contaminated marmots," wrote traveler Elena Kovena from Kemerovo in Siberia.

"This is just so surreal."

She said: "Did you think that the plague was something from the Dark Ages?

"We were just about to leave Ulgii to go deeper into Mongolia, but all exits of the city were shut and we were not allowed to leave."

The tourists have been told they could be stuck for up to 21 days, reported The Siberian Times .

"We were told to wait for updates on Monday May 6," said one named as Timur Konev.

"Six nationalities got together earlier today to plan the escape route.

"We spoke to local administration, to local police, but they didn’t allow us out."

In Uglii, a total of 158 people who came directly or indirectly into contact with the couple are 'under supervision'.

The plague is a bacterial disease that is spread by fleas living on wild rodents such as marmots.

The disease can kill an adult in less than 24 hours if not treated in time, according to the World Health Organisation.

The plague is believed to be the cause of the Black Death that spread through Asia, Europe and Africa in the 14th century, killing an estimated 50 million people.