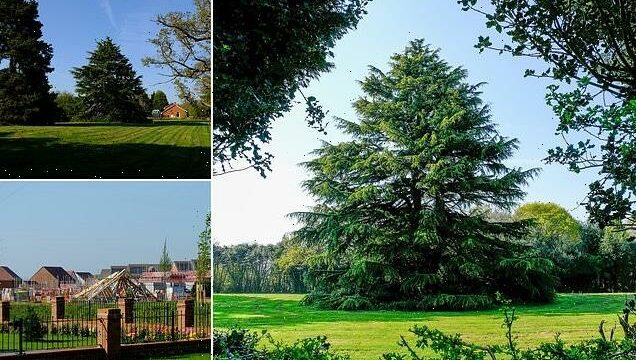 Villagers are locked in a planning row with housing developers as they fight to save a ‘majestic’ 140-year-old Victorian tree from being chopped down to make way for 500 new homes.

The 80ft cedar tree, valued by surveyors at £165,000, could be chopped down along with more than 100 trees expected to be felled as part of a new estate being built in Coventry.

Permission was given to Bellway Homes last year to build 550 homes but locals are furious that the giant cedar – which has a circumference of 160ft – is among those trees which will be lost as a result of the proposals.

They say the sprawling tree is home to tawny owls, hedgehogs, birds and other wildlife and also acts as sound barrier to passing traffic.

More than 60 residents have now signed a petition which has been submitted to Coventry City Council ahead of the local authority’s final decision on the plans in June. 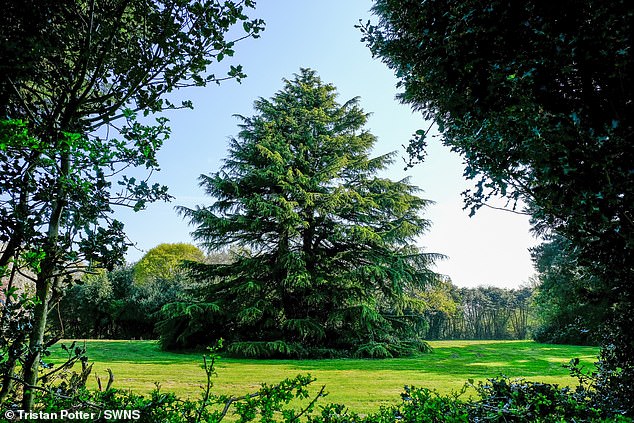 Villagers are locked in a planning row with housing developers as they fight to save a ‘majestic’ 140-year-old Victorian tree from being chopped down to make way for 500 homes. Pictured: The tree near the Tamworth Road in Keresley, Coventry

The campaign is being spearheaded by grandmother-of-one Ann Evans who has lived on the Tamworth Road in Keresley near the development for 36 years.

The 74-year-old says the tree could easily live up to a thousand years and is also concerned about pollution issues as the development begins to encroach onto nearby ancient woodland.

Mrs Evans added: ‘It’s such a beautiful, truly majestic tree and we are furious that they are trying to cut it down.

‘It’s a very important tree to residents. If it was anywhere else, it would have a plaque on it. It’s absolutely huge and a thing of beauty which should be protected.

‘The tree there was part of three plantations of trees. There was the cedar tree, three monkey trees and three Scots pines.

‘They were statement trees from the Victorian era, so they have been here a very long time.

‘We used to have a historian that used to be on the parish council, he said that land dated back to 1880 and he confirmed they are well over 100 years old.

‘We’ve seen tawny owls in there, the hedgehogs regularly hibernate in there during the winter, it’s also full of birds and other wildlife.

‘You just can’t replace a tree like that. Surveyors valued it as being category A1 which means it’s in exceptional condition and of exceptional value.

‘They even go as far as putting a monetary value on it, and this particular tree is aid to be worth £165,000.

‘You can go inside the tree and look up and it’s like being in a forest. It’s always green. Its colour stays all year round. Its glorious and we all love it.

‘We are also worried about pollution if this comes down, trees are very important for environmental protection but they just don’t seem to care.’ 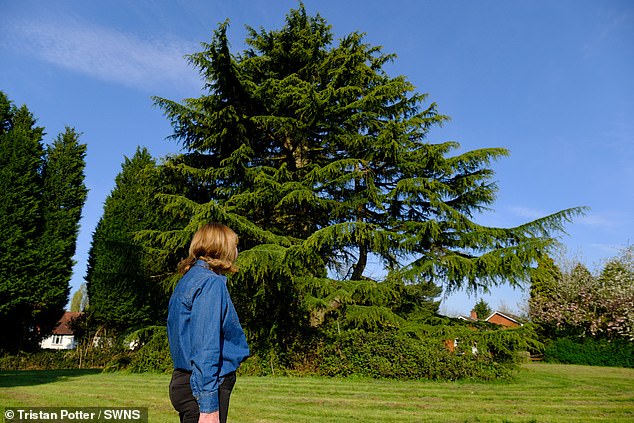 The campaign is being spearheaded by grandmother-of-one Ann Evans, pictured, 74, who lives on the Tamworth Road in Keresley and says the tree could easily live up to a thousand years 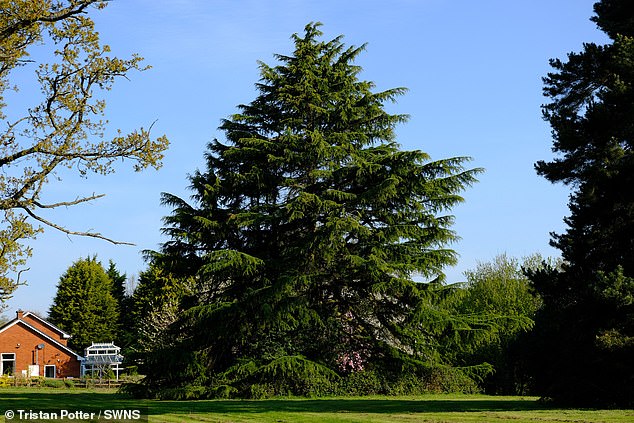 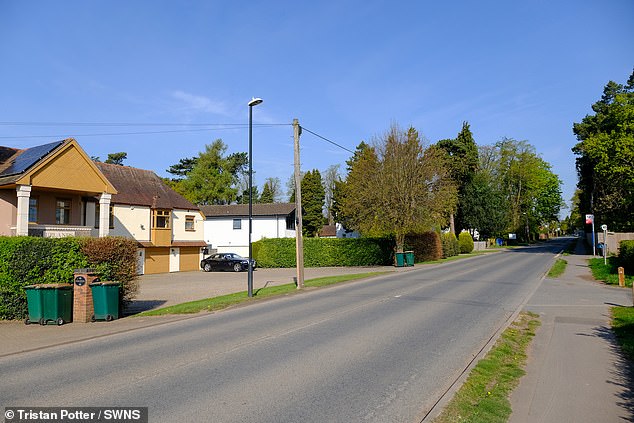 The housing development on Tamworth Road (pictured) in Coventry is also part of a wider 3,000-homes projects

Bellway Homes have promised to plant more trees to compensate for the losses but must have further details of their plan approved before work can begin on the homes.

The housing development on Tamworth Road in Coventry is also part of a wider scheme of projects that will see 3,000-homes built.

‘The whole area is part of a local wildlife belt. There are two woods here classed as ancient woods and they’re building a 20 metre buffer right up to the woods.

‘The Woodland Trust recommend a buffer of 100 metres, so we’re obviously concerned about the impact on other parts of our countryside.

‘We’re all conscious about the noise and pollution this could bring.

‘We’re trying our best but when you’re taking on big businesses like this it’s always difficult to succeed.’

Another local resident dad-of-three Jeremy Anderson, 55, added: ‘That tree is part of our community, it’s a stunning thing that improves the landscape.

‘It would be criminal of them to tear it down.’

Coventry City Council said the authority would not comment.