UVALDE, Texas — Uvalde school district police chief Pete Arredondo will not be sworn in as a newly elected Uvalde City Council member as planned on Tuesday, the city mayor announced.

Arredondo was elected to the City Council on May 7 and was slated to take the oath of office during a special called City Council meeting on Tuesday, according to a meeting agenda posted online. Uvalde Mayor Don McLaughlin said Monday that will not happen.

“Our focus on Tuesday is on our families who lost loved ones,” McLaughlin said in a statement provided to USA TODAY. “We begin burying our children tomorrow, the innocent victims of last week’s murders at Robb Elementary School.”

Arredondo led the law enforcement response to the Tuesday mass shooting at Robb Elementary School and prevented officers from confronting the gunman for more than an hour, according to Texas authorities, raising further questions about whether lives could have been saved. Nineteen students and two teachers were killed.

It was not immediately clear if Arredondo would be sworn in at a later time, or if it could be done privately. He was one of three council members scheduled to be sworn in Tuesday. 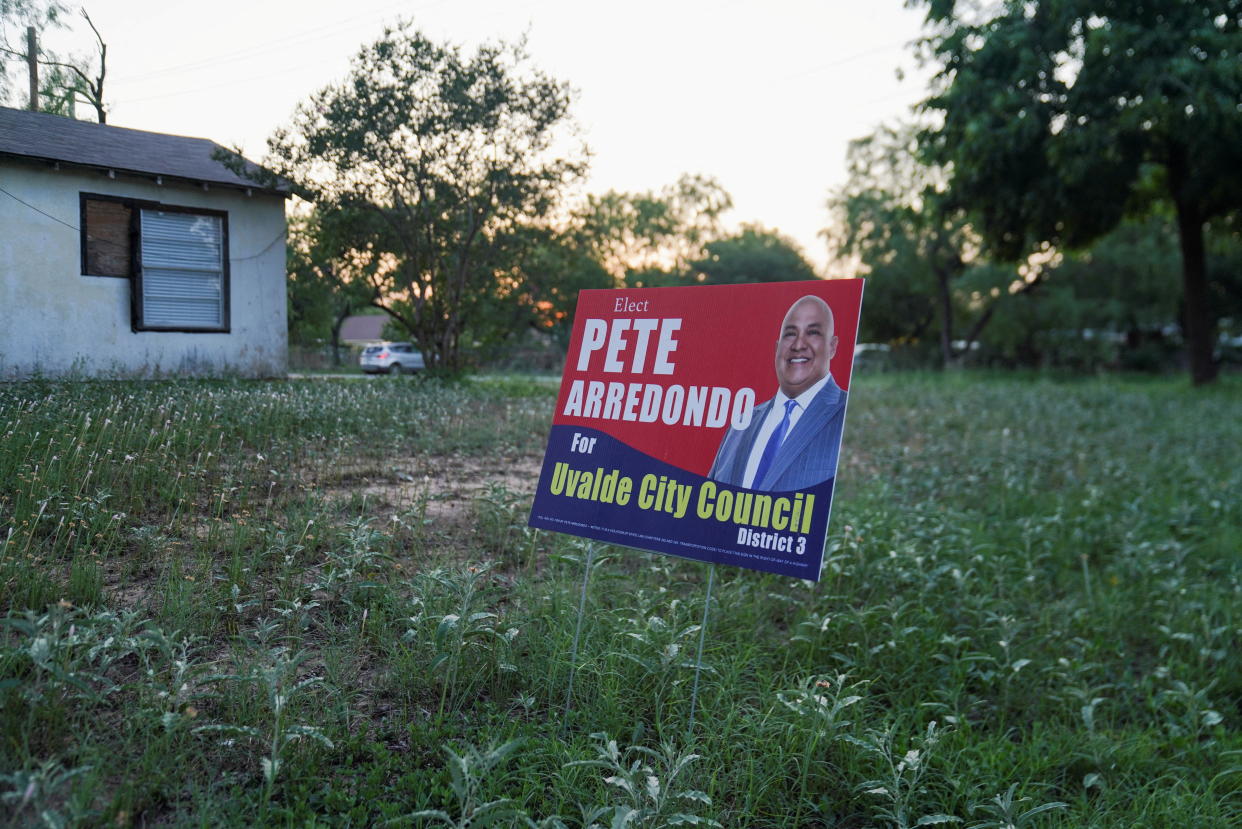 “Pete Arredondo was duly elected to the City Council,” McLaughlin said, “There is nothing in the City Charter, Election Code, or Texas Constitution that prohibits him from taking the oath of office. To our knowledge, we are currently not aware of any investigation of Mr. Arredondo.”

The Texas Rangers have intensified an examination of the police response to the shooting and the U.S. Justice Department also is conducting a review of police actions, at the request of McLaughlin.

“I trust the assessment will be fair, transparent, and independent,” McLaughlin said. “The victims’ families deserve answers, and the truth will be told.”

Arredondo, 50, who grew up in Uvalde and graduated from high school here, was set to be sworn in Tuesday to his new spot on the City Council after being elected earlier this month. He has spent much of a nearly 30-year career in law enforcement in Uvalde, returning in 2020 to take the head police job at the school district.

After his election to the City Council, Arredondo told the Uvalde Leader-News earlier this month that he was “ready to hit the ground running.”

“I have plenty of ideas, and I definitely have plenty of drive,” he said, adding he wanted to focus not only on the city being fiscally responsible but also making sure street repairs and beautification projects happen.

At a candidates’ forum before his election, Arredondo said: “I guess to me nothing is complicated. Everything has a solution. That solution starts with communication. Communication is key.”

‘IT WAS THE WRONG DECISION’: For 79 minutes, police failed to act as children died at Uvalde school

Ray Garner, the police chief of the district in Laredo where Arredondo worked, told the San Antonio Express-News in a story published after the Uvalde shooting that when Arredondo worked in the Laredo district he was “easy to talk to” and was concerned about the students.

“He was an excellent officer down here,” Garner told the newspaper . “Down here, we do a lot of training on active-shooter scenarios, and he was involved in those.”

After that news conference, members of the media converged at Arredondo’s home and police cruisers took up posts there. At one point, a man answering the door at Arredondo’s house told a reporter for The Associated Press that Arredondo was “indisposed.”