ABANDONED dogs have been left to roam Kabul airport after the US officially ended its war in Afghanistan and fled the country.

Heartbreaking footage showed pooches left at the mercy of the Taliban at the airport in the Afghan capital after the final US jet left on Monday. 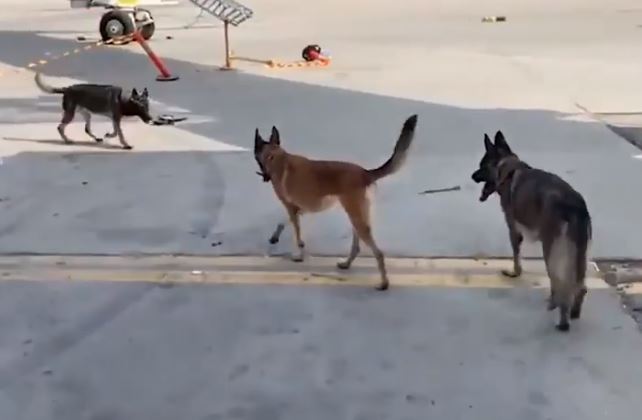 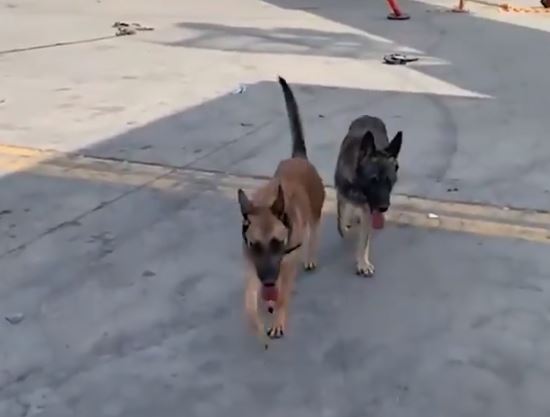 It's not clear who the collared dogs belong to and the Pentagon has been forced to deny claims the animals are US military working dogs that were abandoned by troops after the last American flight left.

The group said Charlotte Maxwell-Jones, founder of KSAR, had been forced to leave them at the airport as the dogs were not allowed on board military aircraft, and private charter aircraft were not allowed to land to rescue the animals.

But the SPCA said it hasn't been been able to confirm whether the US military evacuated the 46 working dogs and pets belonging to the fleeing Americans.

To add to the confusion, some of the 130 dogs could be former Afghan military working dogs, the Drive reports.

The SPCA said KSAR is attempting to track down the roaming dogs.

An animal rights group slammed the Biden administration after the US military was accused of leaving its contract dogs behind.

Dr Robin Ganzert, president of American Humane, said he was "devastated" after the dogs were left "to be tortured and killed at the hand of our enemies".

She said: "These brave dogs do the same dangerous, lifesaving work as our military working dogs, and deserved a far better fate than the one to which they have been condemned.

"This senseless fate is made all the more tragic, as American Humane stands ready to not only help transport these contract K-9 soldiers to US soil but also to provide for their lifetime medical care."

"Despite an ongoing complicated and dangerous retrograde mission, US forces went to great lengths to assist the Kabul Small Animal Rescue as much as possible."

It comes after Pen Farthing landed safely in London Heathrow on Sunday with his 173 dogs and cats.

But the Nowzad Dogs founder, 52, has said he feels "no joy just guilt" after fleeing Afghanistan without his staff as he revealed the Taliban stabbed one of his dogs.

Nearly 200 animals he was travelling with from Kabul will now have to quarantine under UK law – although some could be put down if they are found to have any diseases.

Haunted by the staff he was forced to leave behind, Pen said: "There was no joy just guilt. Guilt I couldn't get my staff out.

"Guilt that for whatever reason I couldn't persuade the powers-that-be to give me that paperwork a few days earlier. Guilt that I left them behind."

Pen also reiterated his apology after reportedly accusing Defence Secretary Ben Wallace of "blocking" efforts to evacuate him and his animals from Kabul and threatened to "destroy" him on social media.

He told the Daily Mail: "I've apologised for the language I used but that's it. I'm not worried about what some politician is saying about me.

"What's on my radar is that this ill-thought out withdrawal has destroyed a country overnight and cost countless lives." 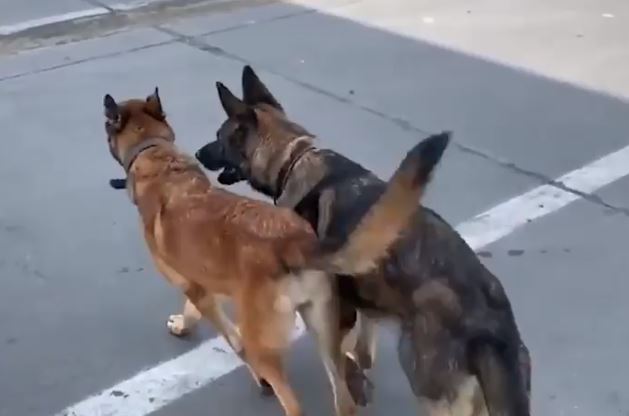 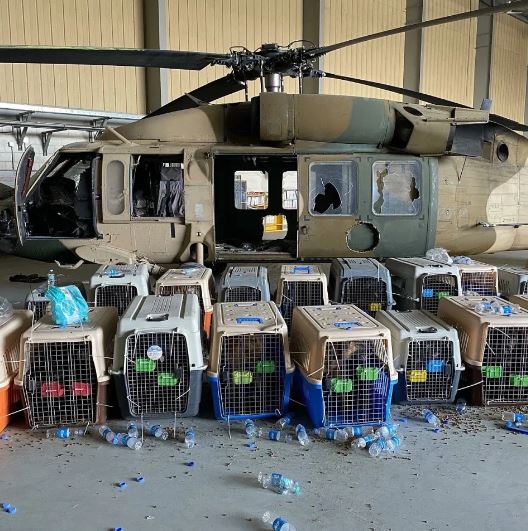