She called herself the CryptoQueen, and touted her purported new digital currency, OneCoin, as the next big thing.

But after convincing investors around the world to send her $4 billion, federal prosecutors say, Ruja Ignatova quietly hopped a flight to Greece and disappeared.

OneCoin, authorities say, was a scam. On Thursday, the FBI placed the alleged fraudster on the 10 Most Wanted list, days after Europol did the same. 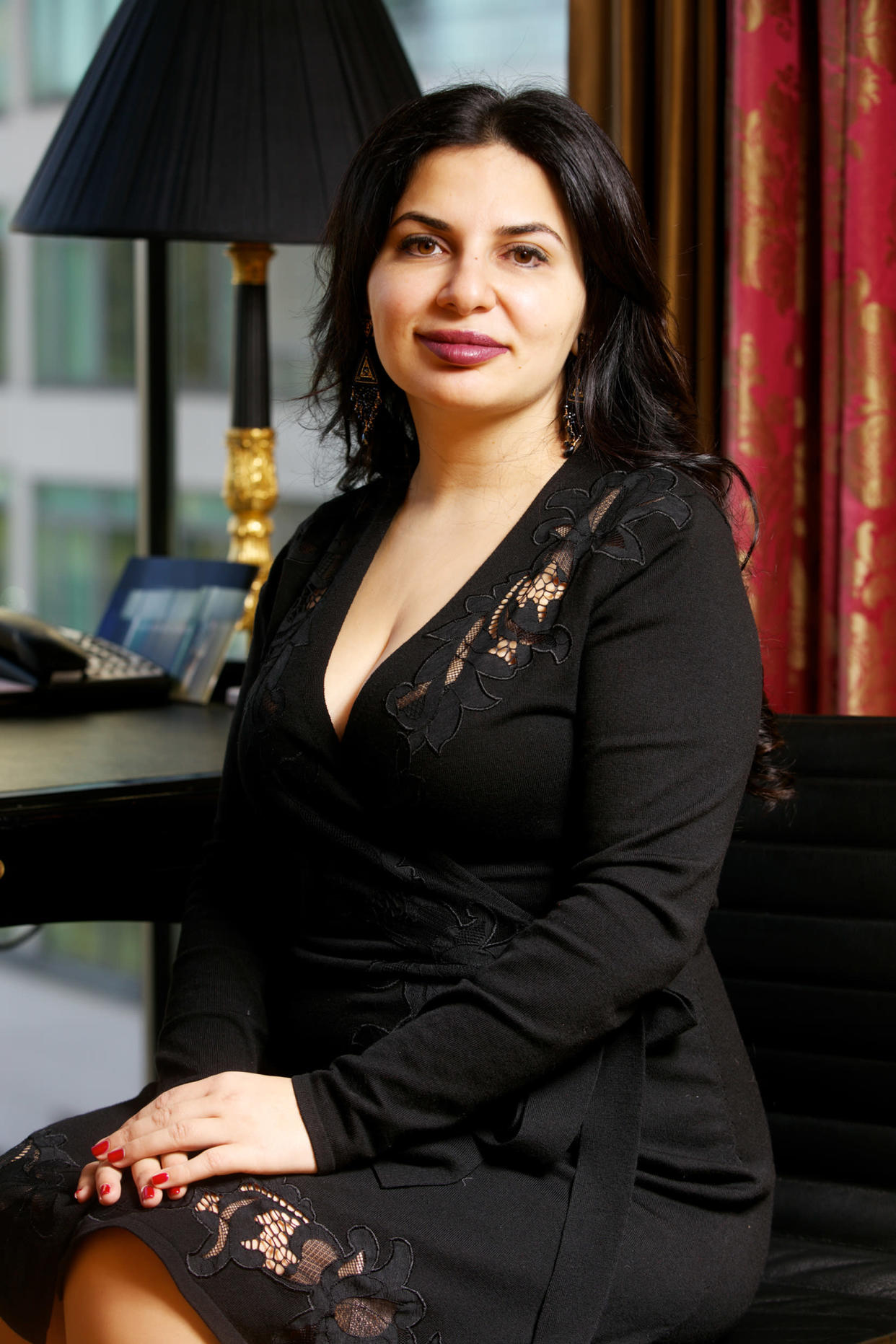 At a press conference on Thursday, Damian Williams, U.S. attorney for the Southern District of New York, called her “an international fugitive who allegedly masterminded a worldwide fraud.”

“Now she sits side by side on the Top Ten list with cartel leaders, murderers, and terrorists,” said Williams. “That’s no accident.”

Authorities say OneCoin was one of the largest pyramid schemes in modern history. Although Ignatova claimed it was backed by a blockchain, prosecutors said there was none — she made up the price. The coins were not traded.

When the Justice Department unsealed its indictment against Ignatova in 2019, then-then FBI Assistant Director-in-Charge William Sweeney Jr. said, “OneCoin was a cryptocurrency existing only in the minds of its creators and their co-conspirators. … Unlike authentic cryptocurrencies, which maintain records of their investors’ transaction history, OneCoin had no real value. It offered investors no method of tracing their money, and it could not be used to purchase anything. In fact, the only ones who stood to benefit from its existence were its founders and co-conspirators.” 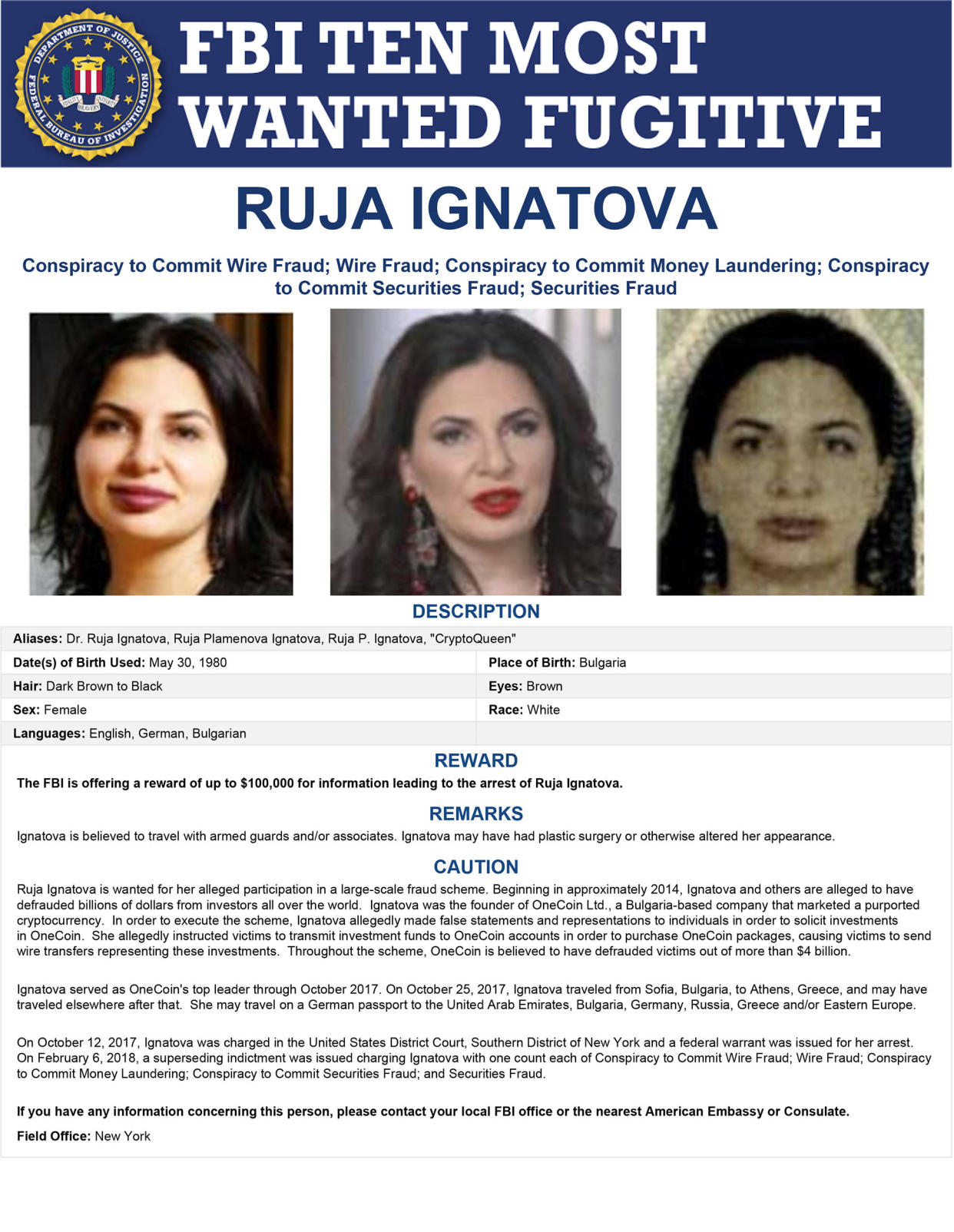 Court records say she lived a lavish lifestyle while the alleged fraud was ongoing, and steered money into everything from real estate in Belgrade to race horses in Abu Dhabi to an oil field in Madagascar.

Her brother Konstantin Ignatov, who also ran the business for a time, pleaded guilty to multiple felonies in 2019, and is free on bond while he awaits sentencing.

Another OneCoin co-founder, Sebastian Greenwood, is in jail awaiting trial on fraud charges. Mark Scott, a once-prominent lawyer who worked for OneCoin, was convicted of money laundering and awaits sentencing.

Ignatova’s boyfriend was cooperating with authorities, and when she discovered that, she fled, according to court testimony reported by the Wall Street Journal.