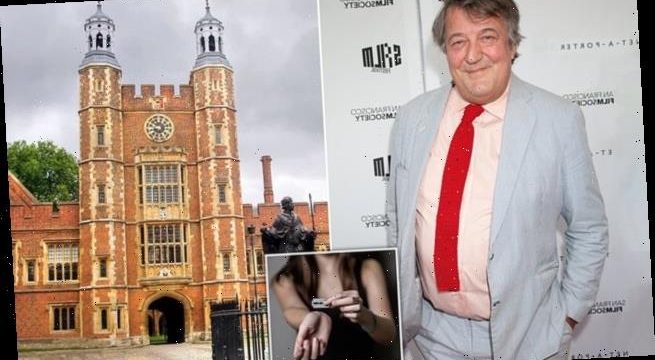 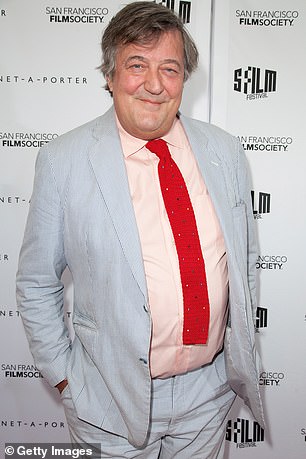 Stephen Fry said today Eton and private schoolchildren suffer from ‘inverted snobbery’ and are as likely to self-harm as youngsters from tougher backgrounds.

The actor and comedian, 63, said he had noticed a ‘general rise in unhappiness amongst the young’.

And he warned his visits to schools across the spectrum of backgrounds as part of mental health charity Mind showed him a ‘prevalence of self-harm’.

Fry, best-known for hosting QI and his roles Blackadder, has suffered from depression himself.

He said it is too easy to assume that youngsters from wealthy backgrounds are happier and less likely to commit self harm.

Fry said: ‘There is the general rise in unhappiness amongst the young which is manifested if no other way by the appalling epidemic of self-harm, which I don’t remember as a child. 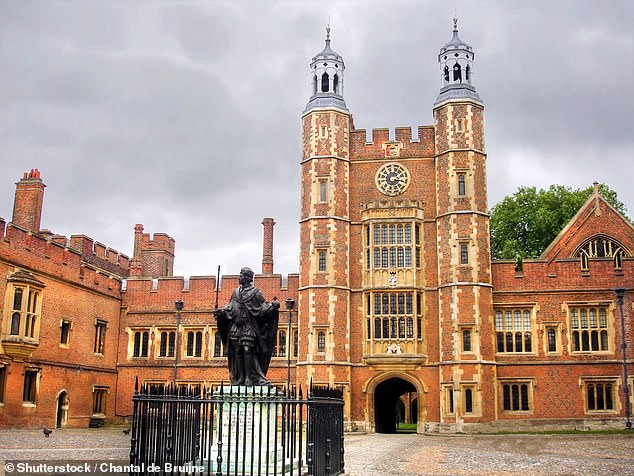 ‘It may just be we were protected from the notion or it may be that it didn’t exist in quite the way that it now does.

‘I’ve been to schools you might describe as sink schools.

‘It’s a horrible phrase but schools whose at pupils are drawn from very deprived and underprivileged areas and I’ve been to literally to Eton or other expensive private schools to talk.

‘What’s interesting is there doesn’t seem to be a difference in the prevalence of self-harm.’

He made the comments on the Blank podcast with Giles Paley-Phillips and Jim Daly. 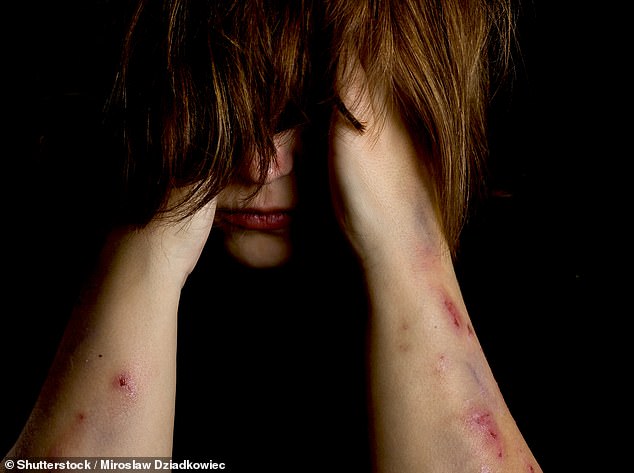 Stephen, who has been married to Elliott Spencer since 2015, has been vocal in the past about his struggles with mental health, admitting his ‘relentless’ battle with bipolar disorder is ‘incurable’.

Speaking in a BBC documentary, Stephen explained he had been diagnosed with psychothermia – which causes mood swings leading to disturbed behaviour – when he first started seeing the psychiatrist following his suicide attempt in Uganda in 2012.

He has since been diagnosed with bipolar one which can cause manic episodes of elevated high energy as well as periods of depression.

Blank features interviews with well-known names on how they got through difficult moments in their lives and careers went things went wrong.

Fry added to the podcast: ‘If you’d said to somebody 20 years ago ‘well children whose fathers are absent or drug addicts, who beat them or abuse them in other ways, who gamble the money away, who don’t give them books, who don’t make them feel loved – they seem to harm themselves a lot’, you might go ‘yeah I get that.’

‘But then you said: ‘they don’t harm themselves it seems any more than children whose fathers are chairman of companies, or aristocrats and send them to Eton’ – and you go ‘ah okay so there is something.’

‘It’s not to say that your life chances aren’t a great deal better if you’ve gone to Eton – we all know that’s obviously the case – but it doesn’t guarantee happiness.

‘The life of a child who happens to have been born to a chairman of a company and a rich aristocrat is not to be valued more lightly than any other child.

‘It’s easy to be inverted in your snobbery and say, “who cares about a load of privileged kids”.’