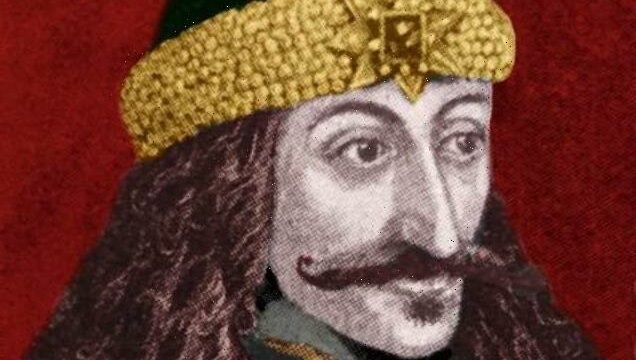 What was Dracula like? Genetic material taken from a letter written by Vlad the Impaler will reveal ‘health, lifestyle and nutrition’ of historic character

Genetic material extracted from a letter written by Vlad the Impaler will reveal previously unknown details about the historic character, scientists hope.

Vlad, also known as Vlad Dracula, was the three-time ruler of Wallachian (between 1448 and his death around 1477 ) and was later the inspiration for Irish author Bram Stoker’s famous vampire count in his 1897 novel Dracula.

Now, more than 500 years after his death, scientists have taken ‘historical biomolecules’ from missives written by the infamous warlord.

Gleb and Svetlana Zilberstein hope the genetic material left on the letters – such as his sweat, fingerprints and saliva – will given new insight into the man’s life. 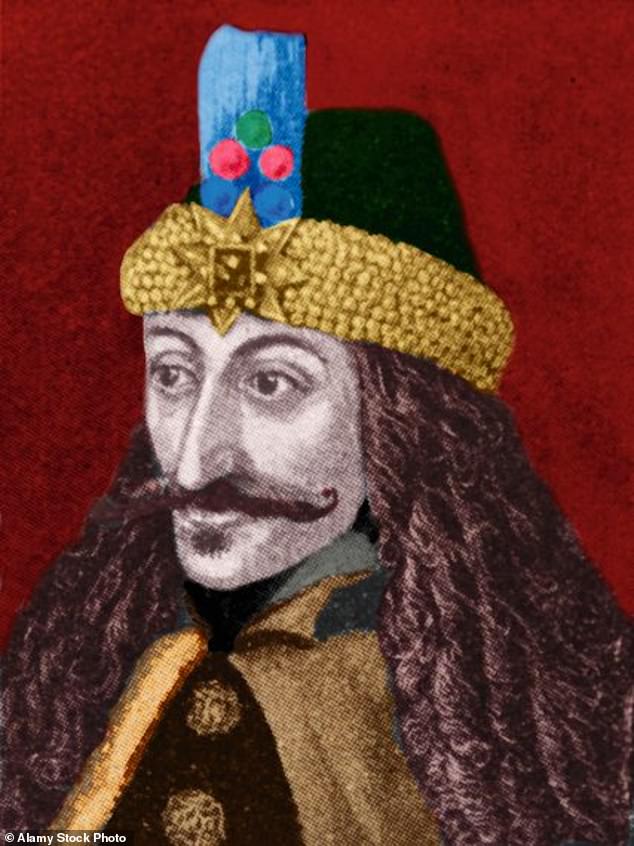 Genetic material extracted from a letter written by Vlad the Impaler (pictured) will reveal previously unknown details about the historic character, scientists hope

The pair, who have been dubbed ‘protein detectives’, say they can create a picture of not only the historical figure’s physical makeup, but also of his environmental conditions – such as his health, lifestyle and nutrition.

This, they hope, will give the world a better idea of how Vlad – famous for impaling his enemies on stakes – lived in 15th century Romania.

Gleb and Svetlana Zilberstein, who were born in Kazakhstan and who like to be known as ‘historical chemists’, said they extracted the genetic imprint in May this year, exactly 125 years since Stoker’s Dracula was published.

‘It was mystical that we were extracting Dracula’s molecules on the day that Bram Stoker’s novel was published 125 years ago,’ Gleb Zilberstein told The Guardian.

‘We did not specifically plan this date. All night, after the extraction of Dracula’s molecules, it rained, dogs howled and lightning flashed. It was really a very magical atmosphere. Count Dracula blessed his release from the Romanian archive.’

The letter is dated August 4, 1475, and was written to the burghers of Sibiu by a man who describes himself in the text as the ‘prince of the Transalpine regions’. He informed the residents of the town that he would soon be living in their village.

At the bottom, he signed his feared name: Vlad Dracula.

Mr Zilberstein told The Guardian that he and his scientific partner’s first job is to find any biochemical traces left from the time when the letter was handled by Vlad.

‘When “historical biomolecules” are found, we begin to analyse them. That is, to determine the molecular composition and age of historical molecules. We mainly determine proteins and metabolites,’ he told the newspaper.

While DNA – which is used to identify individuals from historic remains – stays the same throughout a person’s life, it degrades poorly over time.

Therefore, researchers are also interested in finding proteins, which are the molecules DNA encodes. While DNA provides a static record of a person’s ancestry, proteins provide a historic commentary on our health and habits.

Such molecules – which metabolise our food, for example – are more stable than DNA and provide better information about things such as ‘environmental conditions, health, lifestyle, nutrition of the historical person to whom the historical molecules belonged,’ Mr Zilberstein told The Guardian.

In their first experiment, they extracted genetic material from a manuscript of The Master and Margarita by the Soviet writer Mikhail Bulgakov.

The scientists found traces of morphine and kidney pathology proteins in the letter’s pages, he said, proving he wrote it while taking drugs used to relieve kidney pain.

In the case of Vlad, Zilberstein told the newspaper there they expect to ‘receive a snapshot of a molecular portrait of [him] when he wrote or signed these letters.’