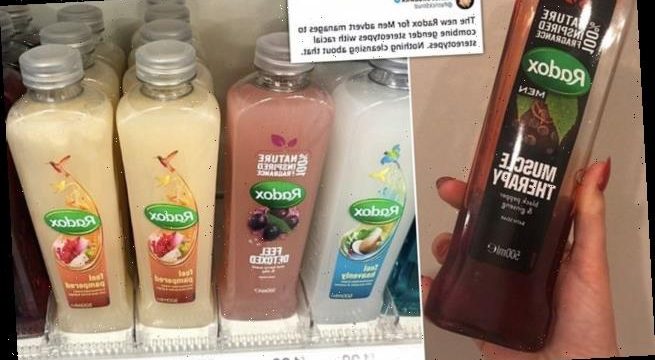 Radox will remove the ‘for men’ label from one of its product ranges after complaints online that it is sexist and ‘completely inappropriate in today’s society’.

Yesterday Unilever said it would remove the label, but said the words ‘for men’ would remain on some other shower gels.

The announcement was welcomed as ‘good news for female fans of Radox’.

Others criticised the move as unnecessary and said the brand should trust customers to use their common sense. 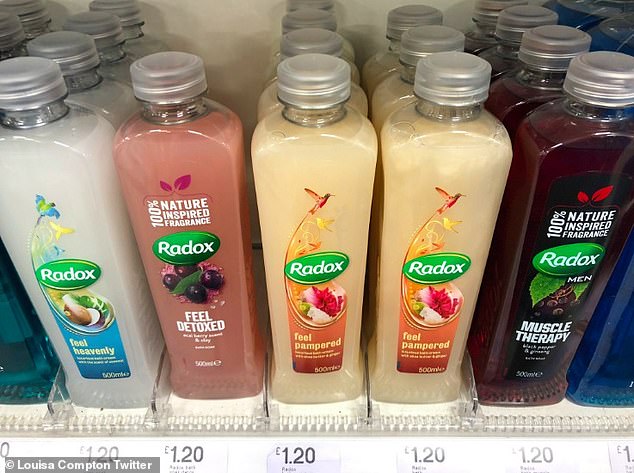 Most Radox bubble baths don’t have any gender branding – but its muscle therapy product is targeted ‘for men’. The Unilever company is now set to remove the branding

Mark Lehain from the Campaign for Common Sense said: ‘Radox can obviously brand their products any way they like – but they should also trust their customers to use their own common sense when buying stuff.

‘I’m a middle-aged guy and not averse to some ‘feel heavenly’ bubbles every now and again – and there will be plenty of women who can look past a ‘for men’ brand and enjoy a muscle soak.’

Another customer asked: ‘Does it matter? As long as it smells of what you want it to and does the job just use it.’

The brand offers a range of products aimed at men and women, but faced criticism for the branding on the range in question, as Felicity Cross asked: ‘how come only men need muscle therapy?’

Others have poked fun at the branding before.

Another user, named only as Beth, said: ‘Here I am completely subverting gendered norms by bathing in Radox muscle soak (for men).’ 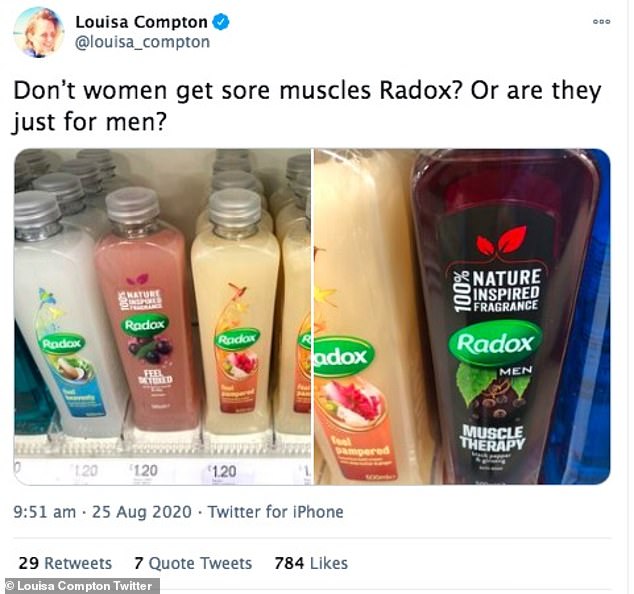 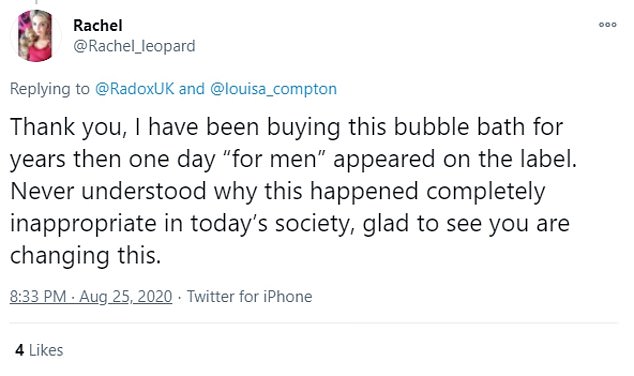 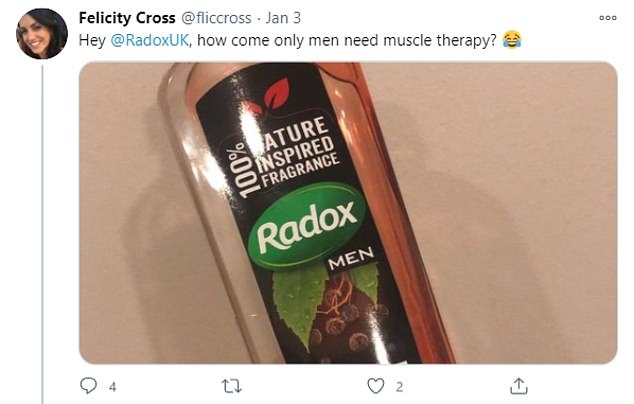 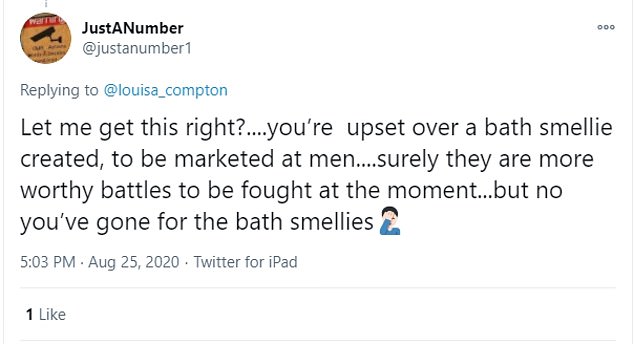 Complaints in recent months have led Radox to assure customers it is removing ‘men,’ from some of its packaging. But others are not fussed about the branding

Rachel Leopard said: ‘I have been buying this bubble bath for years then one day ‘for men’ appeared on the label.

‘Never understood why this happened – completely inappropriate in today’s society.’

And Louisa Compton – Head of News and Current Affairs and Sport at Channel 4 – Tweeted in August: ‘Don’t women get sore muscles Radox? Or are they just for men?’

Radox replied: ‘We hear you Louisa. You’re right, women buy our Muscle Therapy bottles for their sore muscles just as much, if not more than men.

‘We’re aware we have some legacy packaging still in stores, but later this year we’re removing ‘For Men’ off our Muscle Therapy bath soaks for good.’

Despite the pledge in August, there were still complaints yesterday, prompting a fresh assurance from the bathing brand. 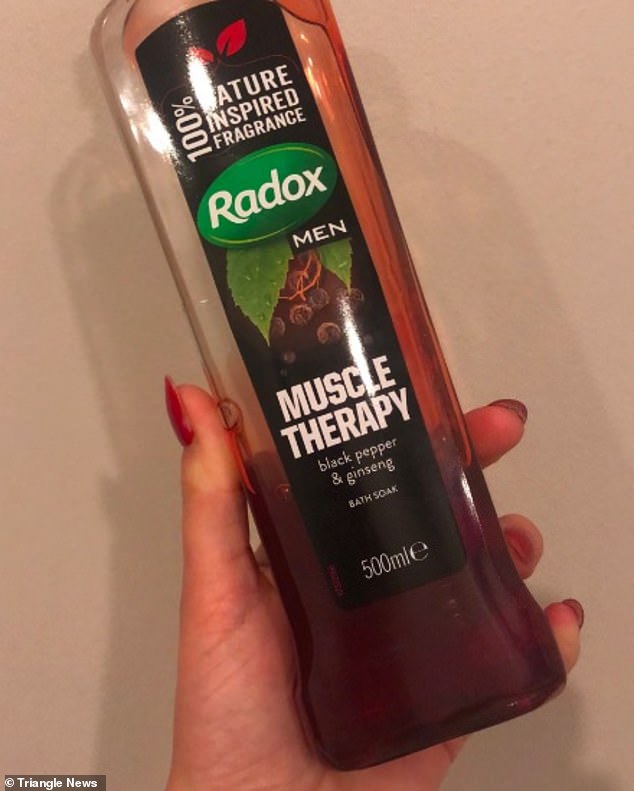 Radox received complaints after selling one of its brands ‘for men’. The label will be removed – but stay on some shower gels, the company said yesterday

A Radox spokeswoman confirmed the change last night, but said it would stay on some shower gel products.

She said: ‘We can confirm we’re removing the ‘for men’ label from the packaging of our Radox Muscle Therapy Bath Soak whilst continuing to use it on some of our shower gel range.

‘At Radox we always try to design products that clearly explain their benefits and how they make you feel and smell, and have a wide range of products available that can be used by both men and women.’