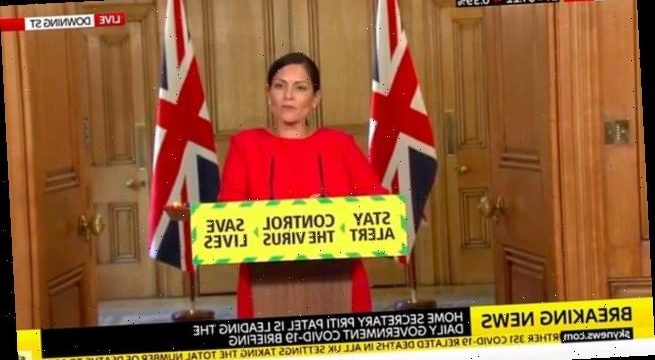 Holidays on hold: Priti Patel says EVERYONE arriving in UK will be ordered to self-quarantine for 14 days from June 8 to ‘protect against imported coronavirus cases’ triggering a ‘devastating resurgence’ – with £1,000 fines for those who refuse

Priti Patel today confirmed all travellers returning to the UK will face a mandatory 14 day period in quarantine as she said Britain must now guard against importing cases of coronavirus.

The Home Secretary said the UK needed to protect the ‘hard won progress’ it has made in the fight against the deadly disease and that tougher border controls will help to prevent a ‘devastating resurgence’.

Everyone coming into the country from abroad will now have to give an address to public health officials of where they will be self-isolating.

Those officials will then be carrying out spot checks, with anyone found to be breaking the rules facing a fine of £1,000.

Any foreign national who declines to comply with the measures at the border could be refused entry. Ms Patel said a ‘reckless minority’ would not be allowed to undermine the UK’s efforts to stop the spread of the disease.

The restrictions will come into force on June 8 and will then be reviewed every three weeks.

Critics immediately demanded to know why tougher border controls had not been introduced earlier in the crisis as Ms Patel faced accusations of having been ‘too slow to act’.

The Home Secretary decided to press ahead with the move despite a mounting backlash from airlines over fears it will destroy the industry and scupper plans to resume flights.

Virgin Atlantic has warned the quarantine requirement means passenger services cannot resume until August at the earliest and it has urged the government to rely on screening measures instead.

The specific details of the new system are not expected to be finalised until the House of Commons returns from its latest recess at the start of June.

Transport Secretary Grant Shapps has previously raised the prospect of ‘air bridges’ being put in place at a later date in order to connect the UK to low-infection countries.

The confirmation of the plans comes after Australia became the first country to push for an exemption. Australian PM Scott Morrison is believed to be seeking for his country to be left out of the curbs after it almost wiped out the virus. 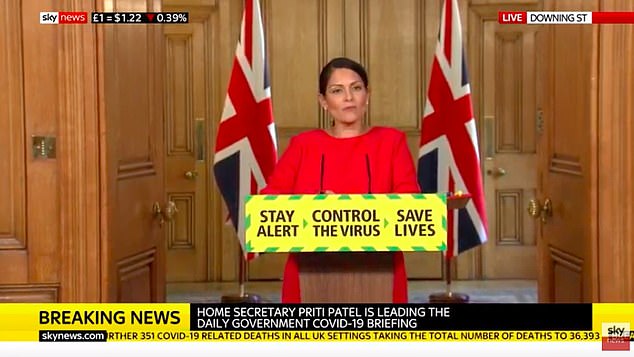 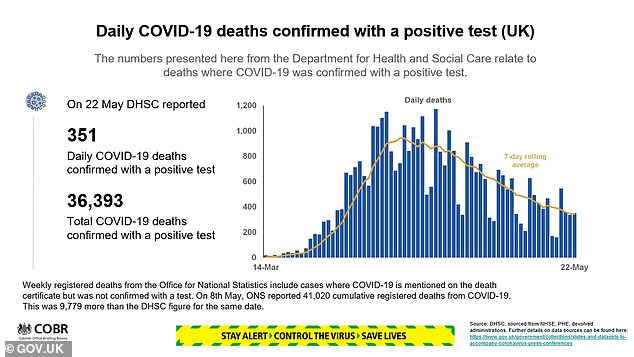 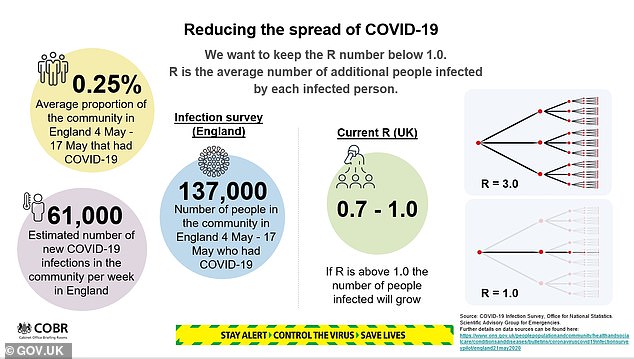 The R number, showing the rate of transmission, remains the same at between 0.7 and 1.0 with an estimated 61,000 new infections in England every week 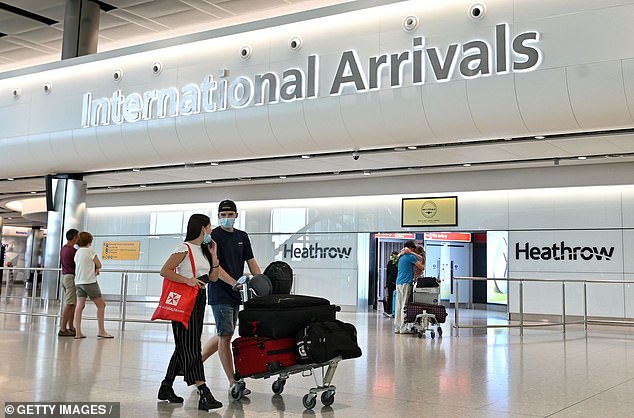 Heathrow has started trials of temperature screening to spot passengers with coronavirus.

Travellers passing through Terminal 2’s immigration hall are being monitored with thermal detection cameras which can read a person’s temperature in seconds from a distance of 8ft.

The airport is in talks with Border Force and Public Health England (PHE) over what action can be taken if a passenger with a fever is identified.

The traveller could be asked to quarantine or be prevented from boarding the plane.

The trials have been set up to ensure the technology works before proper regulations are introduced.

The move follows anger over the country’s failure to screen the 15,000 passengers continuing to arrive into Britain every day.

Heathrow says the measures could form part of an internationally agreed system of biosecurity to restore confidence in air travel.

Speaking at the daily Downing Street press conference, Ms Patel said: ‘The answer as to why we are bringing these measures in now is simple. It is to protect that hard won progress and prevent a devastating resurgence in the second wave of the virus.

‘We are following the science and introducing public health measures that are supported by SAGE.

‘This will require international arrivals to self-isolate for 14 days, that is the incubation period of the virus, so that if people have become infected overseas we can limit the spread of the virus at home.

‘Passenger arrivals have been down by 99 per cent compared to the previous year, now we are past the peak of this virus we must take steps to guard against imported cases, triggering a resurgence of this deadly disease.’

Ms Patel said that as the domestic rate of transmission continues to fall and the number of people coming to the UK rises, ‘imported cases could begin to pose a larger and increased threat’.

‘This is of course a different story from when domestic transmission was at its peak and when overseas travel was at an all time low,’ she added.

Ms Patel said she believed the ‘vast majority’ of people will ‘continue to act responsibly’ and comply with the rules.

But she warned: ‘We will not allow a small minority, a reckless minority to endanger us all so there will be penalties for those who break these mandatory measures.’

People who break the rules could be slapped with a £1,000 fixed penalty notice. Anyone who fails to pay could then face prosecution and even an unlimited fine.

Ms Patel said the Government will be ‘unafraid’ to increase the value of the fine if people flout the rules.

Critics responded to the announcement by demanding to know why ministers had not imposed such restrictions earlier on during the outbreak.

The SNP’s shadow home secretary Joanna Cherry QC said that ‘as usual the UK is behind the curve’ and other countries have had similar measures in place ‘for months’.

‘The UK is finally catching up only to find other countries are in the process of moving on,’ she said.

‘The result is that hundreds of thousands of people have already arrived in the UK without any public health measures in place at ports of entry, to the annoyance and bemusement of the British public.

‘Priti Patel needs to fully explain the scientific advice underlying her inaction to date and the action she now intends to take.’

Under the plans, travellers arriving at all ports and airports will be ordered to go into self-isolation for a fortnight and to provide an address and contact details.

There is likely to be a small number of exemptions for truck drivers and some other critical roles while transit passengers who do not formally enter the UK will also be exempt.

Public health officials are expected to conduct approximately 100 spot checks every day to ensure people are sticking to self-isolation. Those checks will start from the middle of June.

Despite Ms Patel insisting the policy will be reviewed every three weeks, Whitehall sources have played down hopes that the measures could be lifted before the summer holiday season.

‘The safety and security of our people and our customers is always our top priority and public health must come first,’ a spokeswoman said.

‘However, by introducing a mandatory 14-day self-isolation for every single traveller entering the UK, the Government’s approach will prevent flights from resuming.

‘We are continually reviewing our flying programme and with these restrictions, there simply won’t be sufficient demand to resume passenger services before August at the earliest.’

The airline instead called on the Government to introduced a ‘multi-layered approach’ with targeted public health and screening measures to allow the safe restart of international travel.

There are signs of discontent among Tory backbenchers at the proposals with former Conservative leader Sir Iain Duncan Smith telling the Telegraph: ‘The Government needs to rethink this quickly and not go into quarantine.’

Airlines have urged the Government not to go ahead with the plans. They believe thermal imaging could be used instead to prevent the spread of the disease 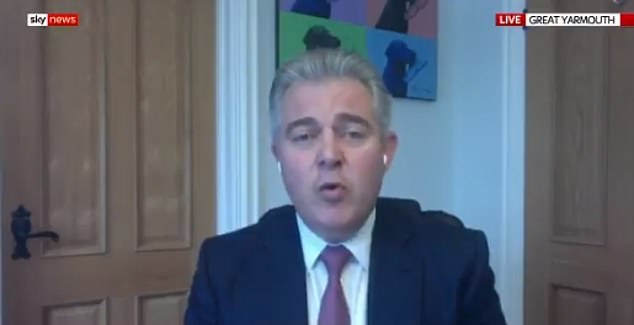 However, a former head of Border Force said today he was ‘surprised’ quarantine measures had not been brought in at UK borders sooner.

‘I did live through a number of pandemics in my time in government, including Sars and bird flu, swine flu.

‘The normal response is that there would be a significant introduction of public health into the ports and borders. That is what we would normally expect.’

‘The airports do have the capability working with the Border Force and with the airlines to isolate flights, to segment passengers into more remote areas of the airport and to conduct testing if such a thing is medically proven as being worthwhile.’

Mr Shapps on Monday raised the idea of ‘air bridges’ with popular tourist destinations such as Spain.

Madrid yesterday signalled it might be prepared to welcome UK tourists from July without asking them to self-isolate for 14 days.

Heathrow chief executive John Holland-Kaye said: ‘We need to find a way that the vast, vast, vast majority of people who don’t have a disease can still fly.’ 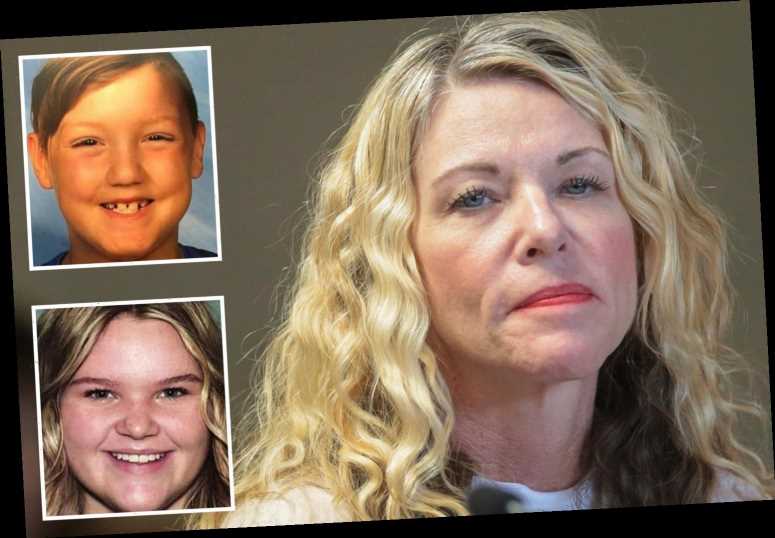 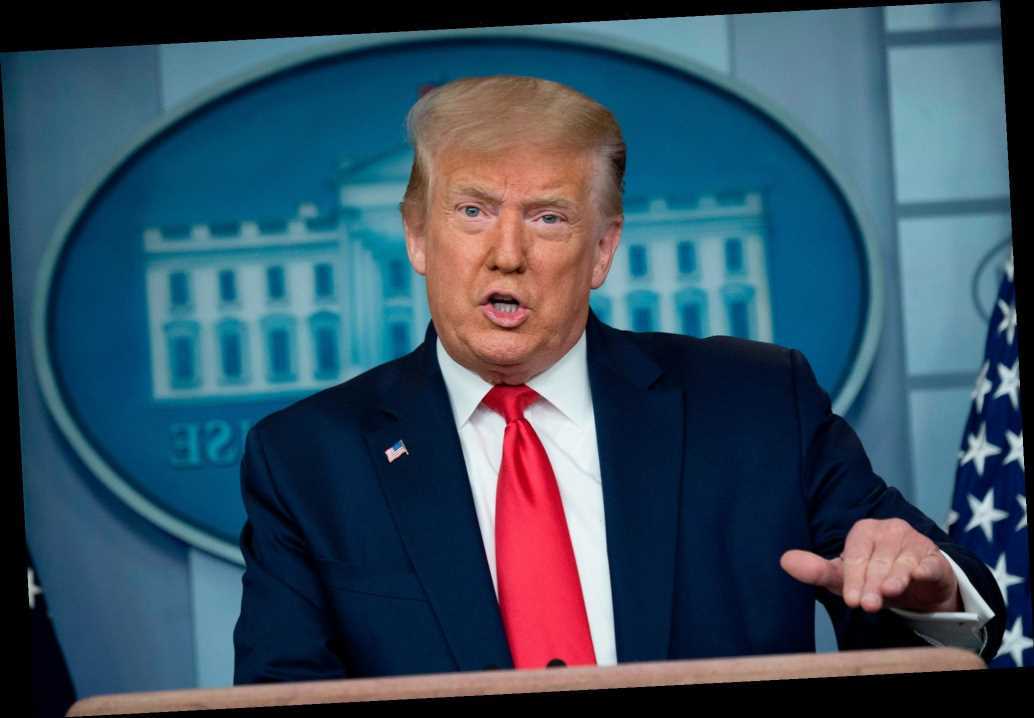 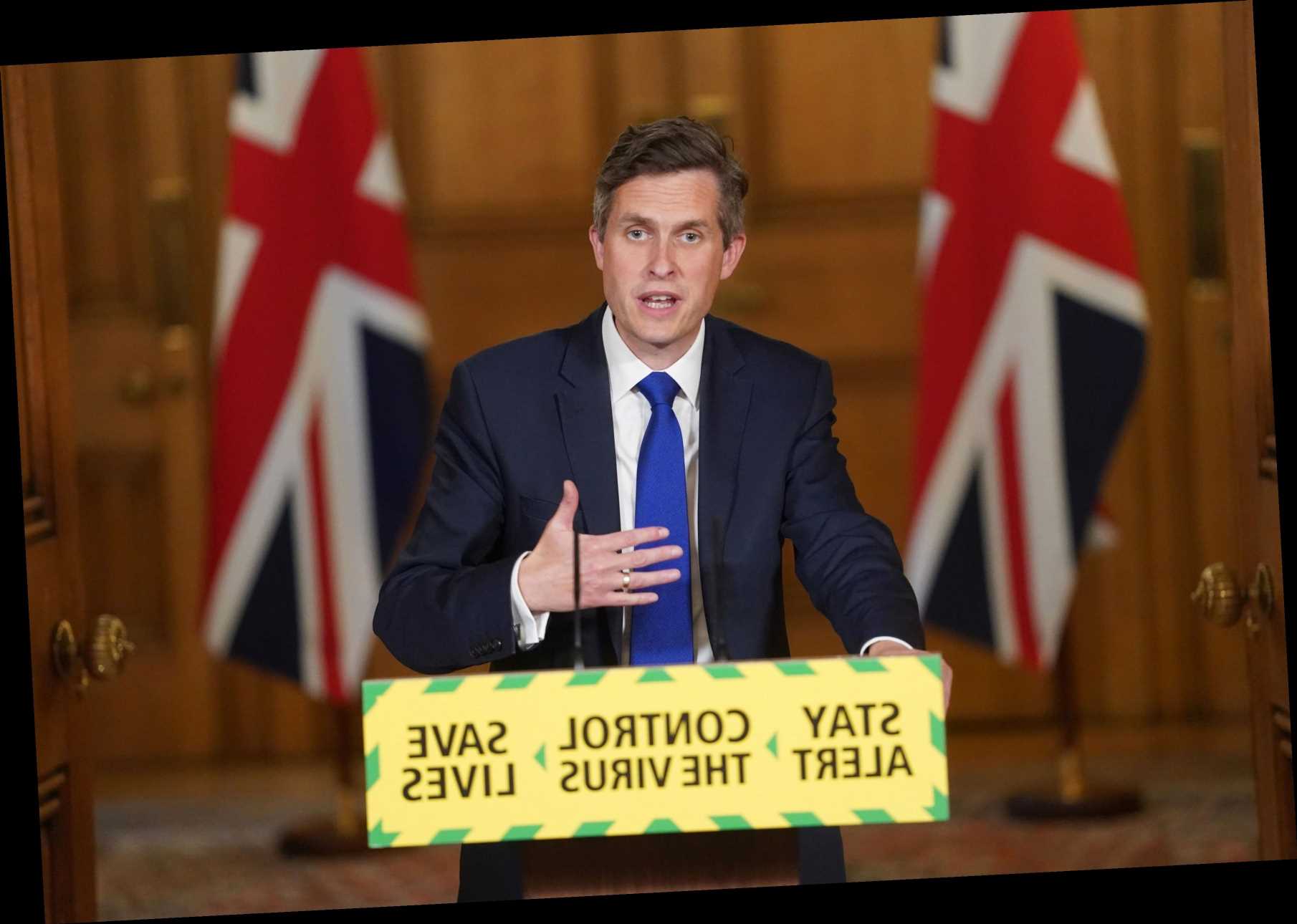 Is there a coronavirus press conference today? Time, who's speaking and what to expect
TV & Movies 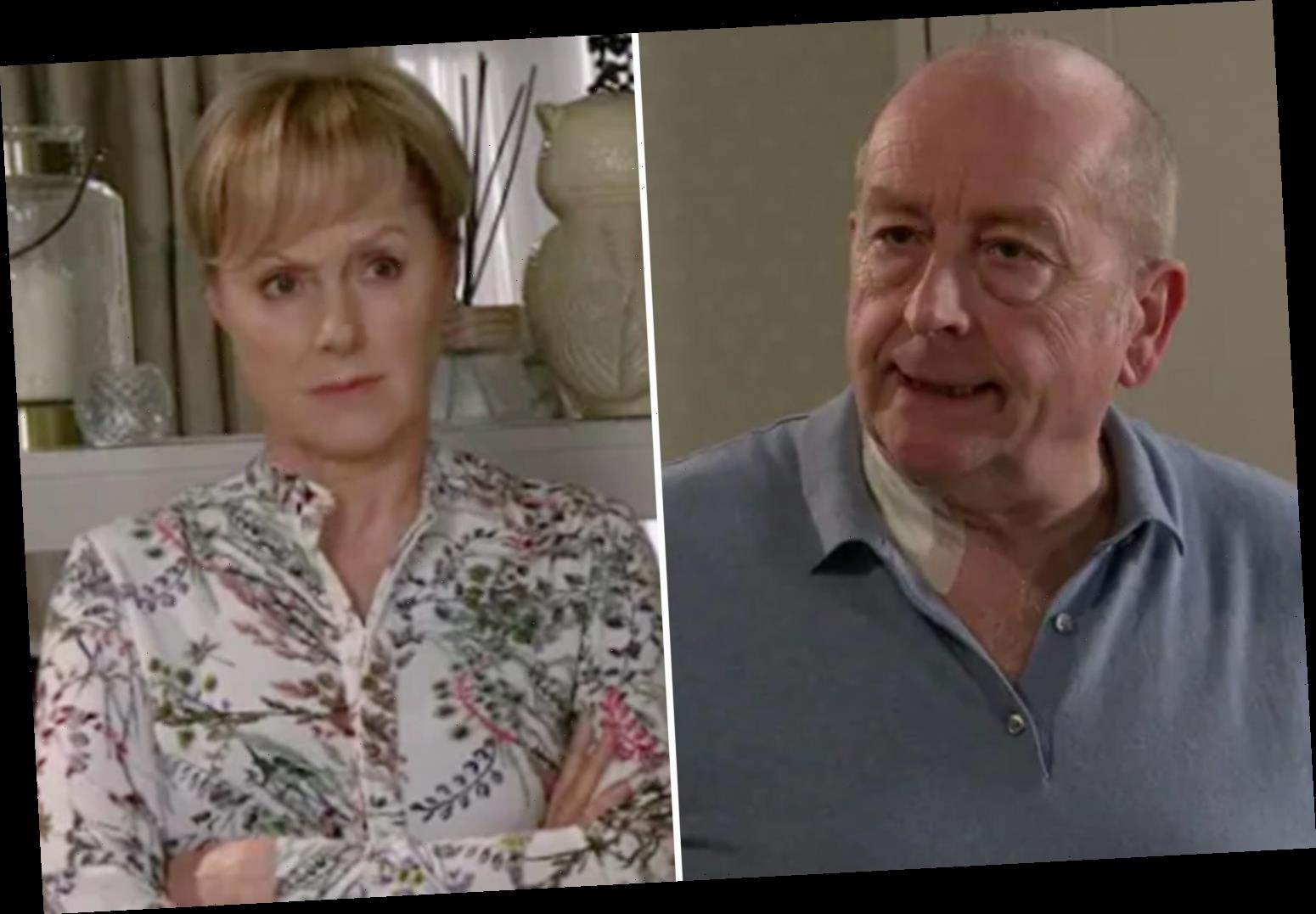 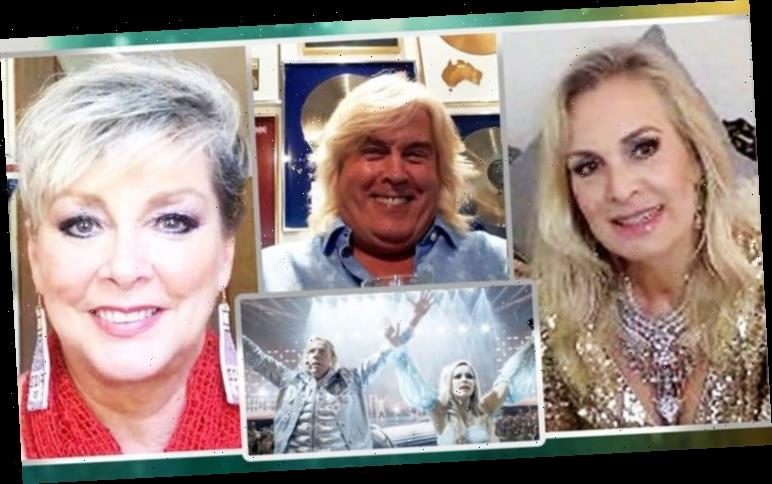 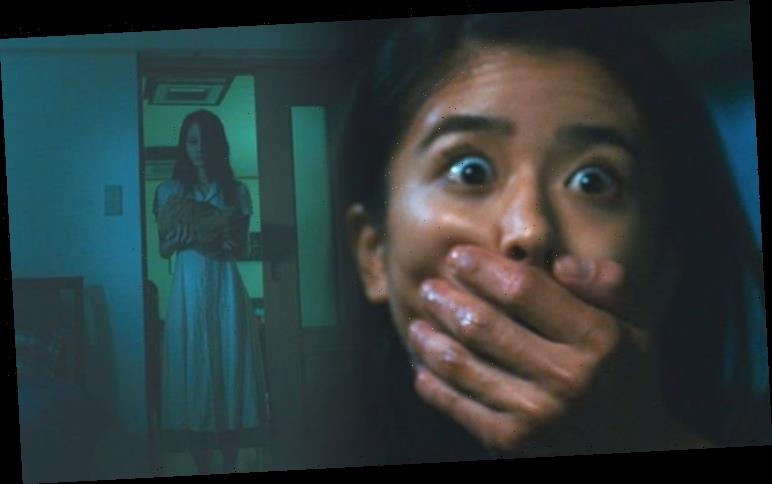 Ju On Origins streaming: How to watch Ju-On The Origins online and download
Celebrities 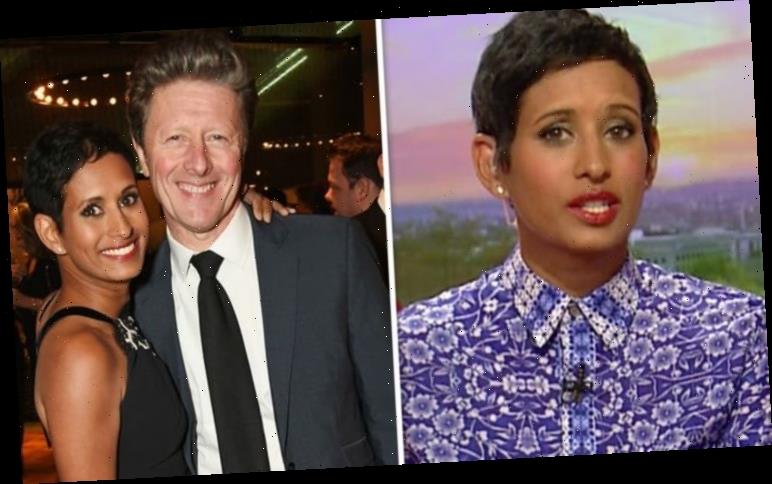 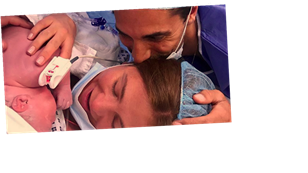 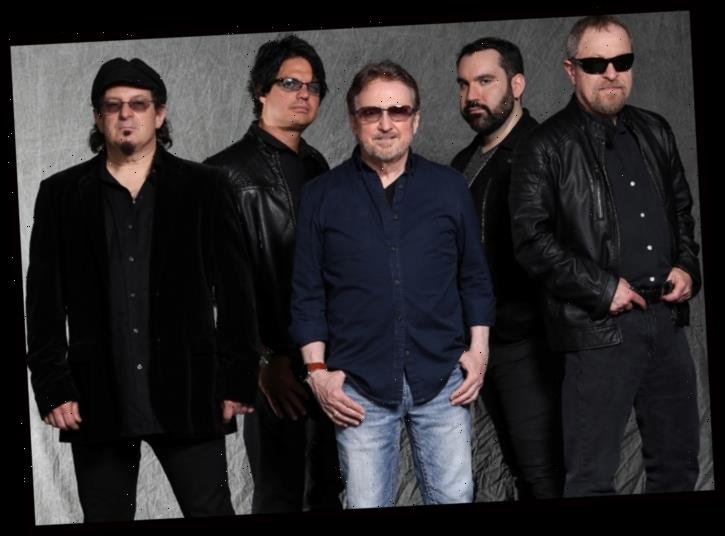