Federal police have seized properties and cash worth $1.6 million over an alleged scheme to use the Melbourne property market to funnel millions of dollars of funds from a Malaysian government entity to corrupt officials. 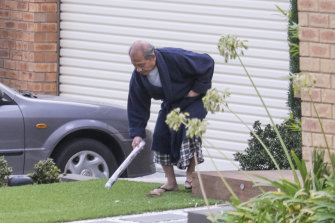 Property developer Dennis Teen has had property and cash seized as part of an international bribery investigation.Credit:Luis Ascui

The August 18 seizure of properties linked to Mr Teen marks one of several rare but important wins for federal agents in the battle against Australian businesses bribing overseas officials or using offshore tax havens to allegedly engage in serious international financial crime. Among the cases was the guilty plea secured by the AFP of a Sydney businessman who bribed officials on the island of Nauru to win mining concessions.

The case against Mr Teen involves the Australian end of a sophisticated alleged bribery scheme involving offshore accounts and numerous overseas officials who are yet to face justice. The Age and The Sydney Morning Herald have obtained a leaked draft report by auditors Ernst and Young prepared for the Malaysian government which alleges multiple serving and former officials — including a powerful Malaysian political figure — may have extracted bribes worth up to $23.5 million by laundering funds via a number of Australian property developments including a student accommodation block called Dudley House in Caulfield.

The charging of Dennis Teen and the seizure of his property was sparked by a 2015 investigation by the newspapers who first revealed the alleged bribe payments funnelled through various Australian properties. The alleged victims were poor rural Malaysians, who were meant to benefit from taxpayer funds held by the Malaysian government agency involved in the alleged bribery scheme. But a number of Victorian small businesses who helped build one of the properties involved in the bribery scheme were also ripped off after money they were owed for work they did was siphoned to offshore bank accounts.

“It is alleged $4.75 million dollars was paid to entities in Malaysia who were either linked to a Malaysian public official or officials, or to agents acting on their behalf, in return for the officials’ arranging for the Malaysian government-owned entity to purchase the property,” the police said. “Bank accounts held by the accused’s wife and the accused’s associated companies were also restrained.”

AFP Acting National Manager of Criminal Assets Confiscation Stefan Jerga said the seizures were part of nationwide efforts by the AFP to seize assets linked to alleged criminals. “In the past financial year, the CACT has restrained criminal assets in excess of $250 million, a tremendous result,” Mr Jerga said.

AFP Commander Financial Crime Paul Osborne also flagged further arrests and seizures linked to foreign bribery plots involving Australians. He told The Age and Herald that the AFP was “determined to investigate, prosecute and confiscate the assets of those Australians who bribe foreign officials.”

Court records reveal that self-professed international trade executive Mozammil Gulamabbas Bhojani indicated in August he would plead guilty to conspiring to bribe officials on Nauru after the AFP arrested him in 2018 and accused him of paying unnamed Nauruan mining officials bribes of more than $100,000 to secure benefits for his business Radiance International.

And in July, as part of another unrelated international bribery investigation, the federal police asked the US government to block the sale of a multi-million-dollar New York apartment as part of a long-running and politically sensitive probe into Australian mining company Getax. 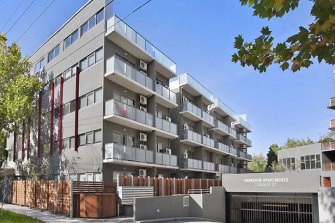 The three separate bribery probes have all been running for years, highlighting the difficulty facing the federal police in chasing international money trails and bribery payments.

High-profile investigations that remain on the AFP books without a result include the alleged bribery of Iraq’s former oil ministry in 2010 by Leighton Holdings (now CIMIC) and Rio Tinto’s alleged bribery in Guinea, West Africa in 2011.