Nearly 4000 licensed venues in Victoria have not renewed their liquor permits in 2022, leading to concerns venues are either serving alcohol without a licence, or have closed their doors during the pandemic.

Data from the state’s liquor regulator, the Victorian Gambling and Casino Control Commission, indicated that 3925 licence holders have not paid their 2022 annual renewal fees, which were due on December 31. Venues had been given until March 31 to pay. 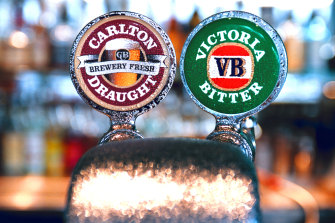 Liquor regulator chair Fran Thorn said some licensed venues may have closed due to the impact of COVID-19.Credit:Louie Douvis

There are around 25,000 liquor licences issued in Victoria. Those that remain unpaid account for more than 15 per cent of venues that held a permit before the pandemic. The regulator said the reason some businesses hadn’t paid the fee was unclear.

Liquor regulator chair Fran Thorn said business owners had been reminded that if they hadn’t paid their renewal fees, they should stop selling or supplying liquor immediately or face potential fines.

“During this time, some licensed venues may have closed due to the impact of COVID-19,” she said.

“Our VGCCC compliance inspectors are proactively visiting and calling venues/licensees who have not paid their 2022 renewal fees to determine whether they are still operating or supplying alcohol.”

The commission said licences may be in the process of being transferred, with the new business owner not supplying liquor until the transfer is granted, and that licensees can elect to cease the sale and supply of alcohol until they pay their renewal fee.

After two years of meagre trading opportunities and extended lockdowns, licensees were exempt from paying their renewal fees in 2020 and 2021.

Restaurant and Catering Australia chief executive Wes Lambert said there was often a lag in venues renewing their licences but continued uncertainty in hospitality and lower CBD office occupancy were hampering the recovery of restaurants and cafes. 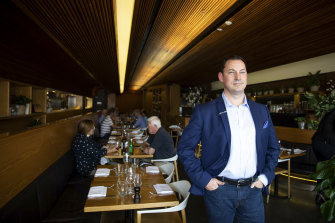 “Due to the Omicron variant and continued uncertainty in the hospitality industry, particularly in Victoria which has mask mandates and redundant checking in with no tracking and tracing, many businesses, primarily in the CBD, may either not reopen their doors or have yet to have the cash flow to renew their licence.

“As Melbourne continues to lag behind all other CBDs with only 31 per cent occupancy in their offices, it’s no surprise that businesses are finding the cost of renewal difficult.”

If a venue fails to pay before June 30, they forfeit their licence and have to reapply.

The licence categories range from smaller venues like cafes and restaurants, to pubs and hotels, to larger late-night venues like nightclubs.

Australian Hotels Association Victoria chief executive Paddy O’Sullivan said he was not aware of any Victorian pub or hotel that went broke as a consequence of COVID-19 restrictions.

“During the COVID-19 challenge, AHA Victoria was able to engage with the Victorian government to ensure rent relief and business payments along with staff support in order for Victoria’s pubs and hotels to survive,” he said.

In February, the state government said they would reform rules to allow bars, restaurants and cafes to stay open until 1am without having to apply for a new licence in an attempt to overhaul laws to revitalise Melbourne’s night-time economy.