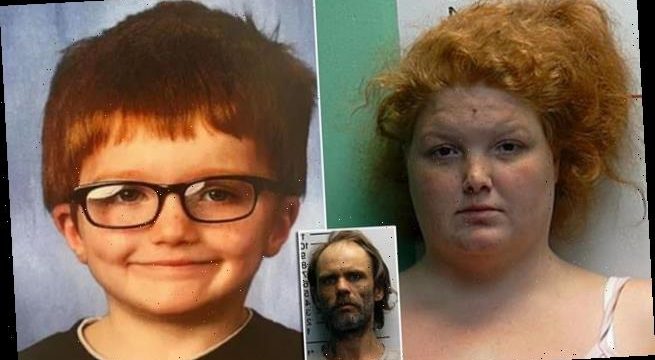 Mom-of-four, 29, is charged with murdering her 6-year-old son after ‘dragging him behind her speeding car after he grabbed bumper when she tried to abandon him’ – and then dumping his body in Ohio River

An Ohio woman accused of trying to abandon her 6-year-old son at a park, dragging him as she drove away and later dumping his body in the Ohio River was indicted Friday on charges including murder and corpse abuse.

The 16 counts against Brittany Gosney, of Middletown, also include involuntary manslaughter and multiple counts of endangering children, abduction and kidnapping. The reasons for those charges weren’t explained in further detail in the indictment.

Authorities have said she told investigators that her son, James Hutchinson, was killed at a park in southern Preble County when he grabbed for a vehicle door and was dragged as she drove away. 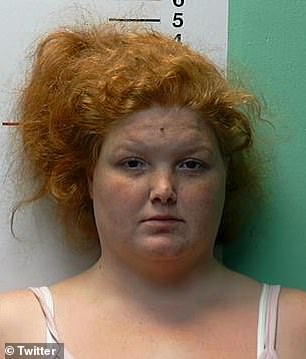 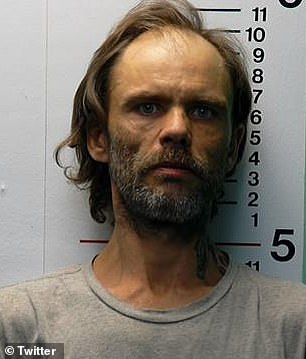 Brittany Gosney, 29 (left), has been charged with murder in the death of her six-year-old son, and both she and her boyfriend, James Hamilton, 42 (right), have been charged with abuse of a corpse and tampering with evidence 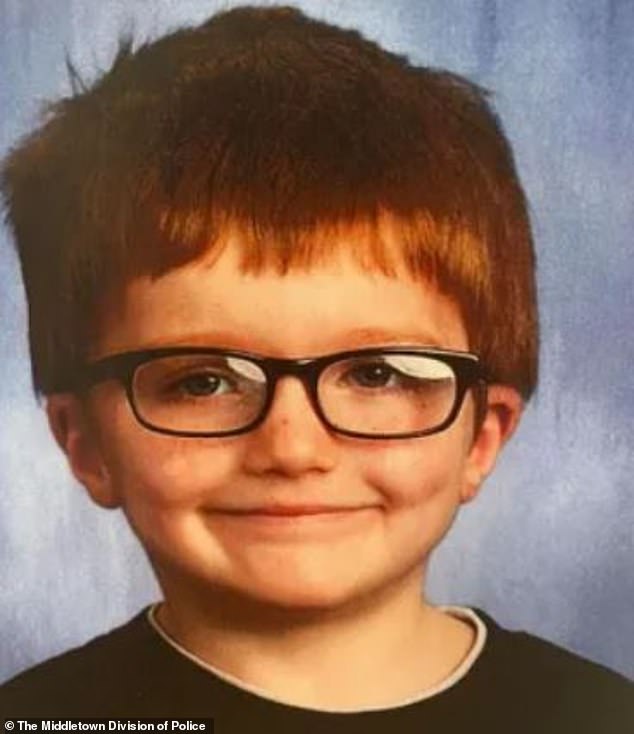 Gosney’s son, James Hutchinson, was reported missing by his mother on Sunday, but the woman later admitted he had been killed

Police believe Gosney and her boyfriend, James Hamilton, later dumped the body into the river near Lawrenceburg, Indiana, last weekend. Flood conditions this week have held up the search for the boy’s body.

Hamilton, 42, was also indicted on Friday on 15 counts, including corpse abuse, tampering with evidence, endangering children, kidnapping and abduction. No attorney was listed for him in online court records.

Authorities say two other children who lived in the Middletown home have been removed into foster care. Middletown officials have set up a memorial fund to support them in honor of their brother.

Middletown Police Chief David Birk said the couple confessed that James had been killed a few days earlier in Preble County, then brought back to Middletown, where the family live, and put into the river. 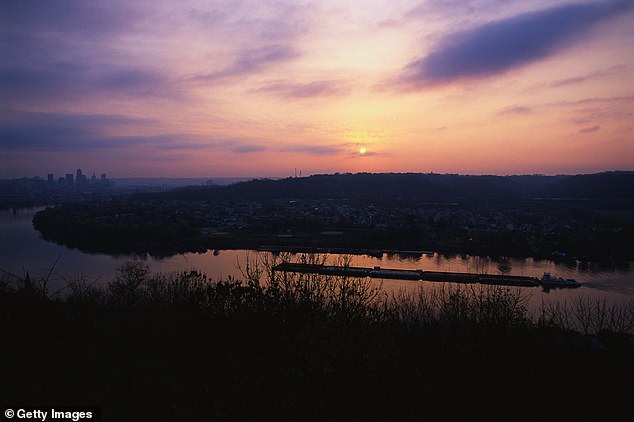 Court documents that were released on Monday allege that Gosney had taken her son to Rush Run Park in Preble County with the intention to leave him there, but when she tried to drive away, the child grabbed onto the car in an attempt to climb back inside, reported NBC4i.

According to police, the mother-of-four drove away, dragging her son at a high rate of speed.

Gosney returned to the park 30 to 40 minutes later and found James lying in the middle of the parking lot with injuries to his head. She said the child had died.

The following day, Gosney and her boyfriend allegedly took the boy’s body and dumped it in the river. 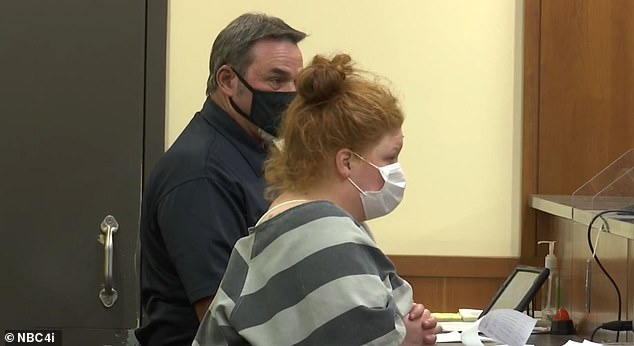 During Gosney’s arraignment on Monday, a prosecutor said the woman dragged her son with her car after trying and failing to abandon him in a park 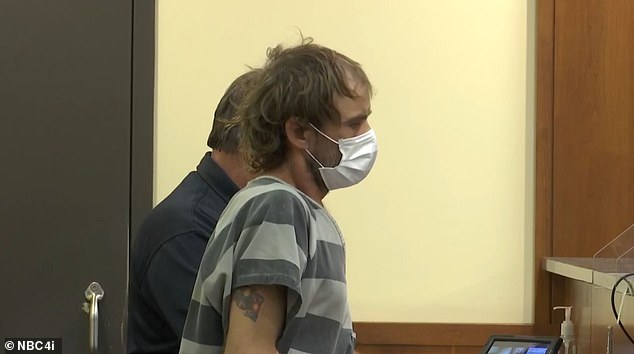 Police are working with trained searchers to find the child’s body.

‘The river is very high and treacherous, so we will not be disclosing the exact location in hopes of avoiding another tragic incident,’ Birk said in the release.

During their arraignments on Monday, a judge set Gosney’s bond at $1million on the murder charge, and Hamilton’s at $105,000 on the abuse of a corpse and evidence tampering charges.

During her hearing, Gosney tearfully complained that she did not understand the legal proceedings because she has a learning disability.

Both suspects are due back in court on Monday.

Investigators offered no motive or details for the boy’s killing. 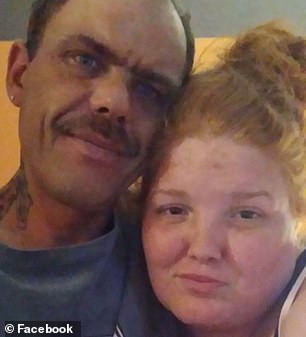 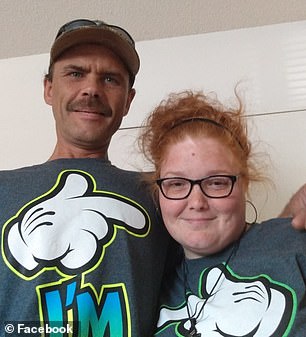 Gosney and Hamilton are jailed pending their arraignment on Monday. No motive has been given for the child’s killing 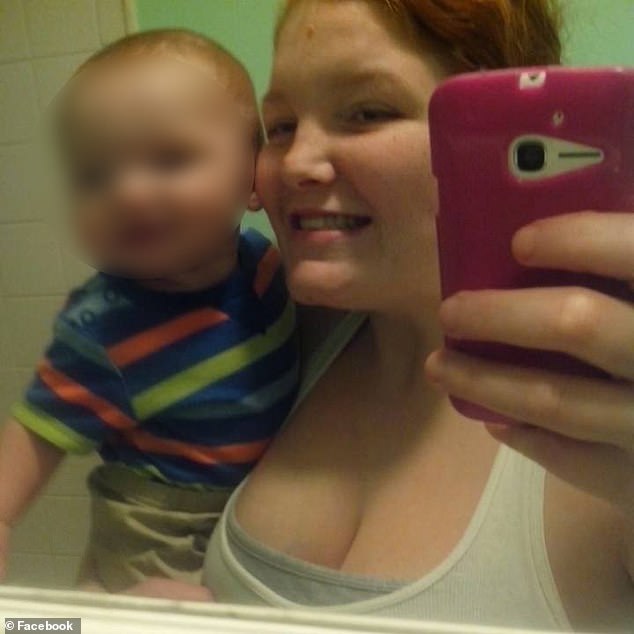 Gosney is a mother of four. She is pictured above with one of her sons

Birk also said two other children have been removed from the couple’s home.

Gosney described herself on social media as ‘Full Time Mommy!’ and regularly shared photos of her smiling children and Hamilton, whom she referred to as her ‘husband’ and her ‘everything.’ 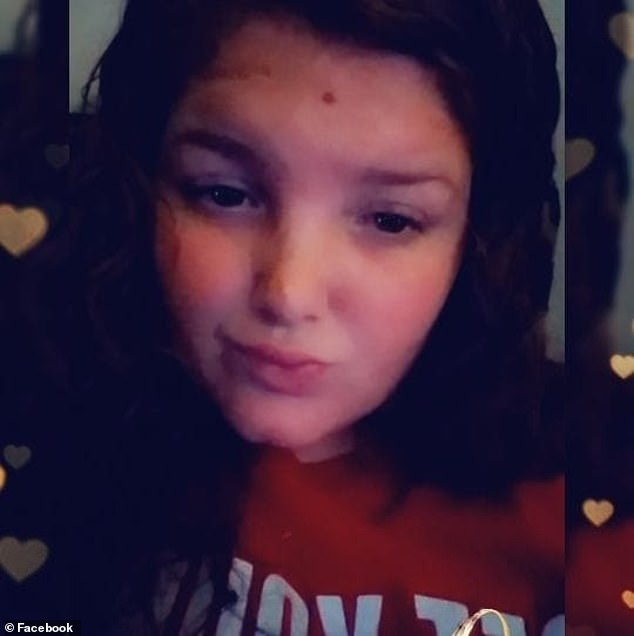 Gosney described herself on social media as ‘Full Time Mommy!’