A wildfire in Arizona has burned thousands of acres and remains "0% contained," according to officials.

The Horse Fire started in Prescott National Forest on Oct. 15 and quickly spread, burning more than 8,300 acres as of early Saturday. 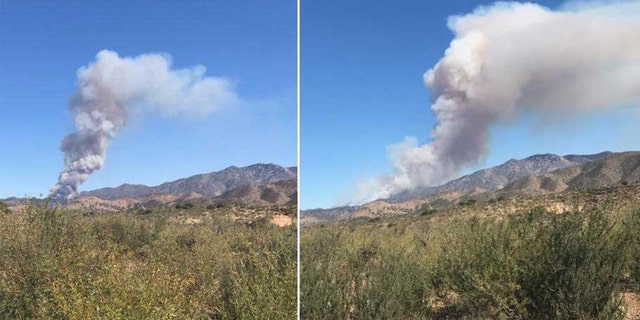 Firefighting efforts have been hampered by the remote location and rugged terrain, according to the Daily Courier.

The nearby town of Crown King issued a mandatory evacuation, forcing over 100 people to flee the area. Air tankers and helicopters are being used to battle the blaze.

"You know, there is a lot of high-value equipment up there that services the North Valley and some surrounding areas,” said Cory Carlson of the U.S. Forest Service. “I don't know the extent of the equipment, but a lot of stakeholders have stuff up on that mountain."

Visitors to Crown King had reportedly already departed the area prior to the evacuation order.

All roads leading into the area have been closed. The cause of the fire is under investigation.