New York City Mayor Bill de Blasio is facing questions about security concerns at one of the city’s most prominent prisons as two inmates have been mistakenly released from Rikers Island over the past two weeks, with police still hunting for one of them.

Christopher Buggs, 26, was mistakenly released March 10. His term for a minor contempt charge expired, but he was also meant to be serving time while awaiting trial for a murder charge.

An NYPD spokesperson confirmed to Fox News that Buggs remains on the loose after nine days, saying that there are “no updates” on the case and that “an investigation is ongoing.” 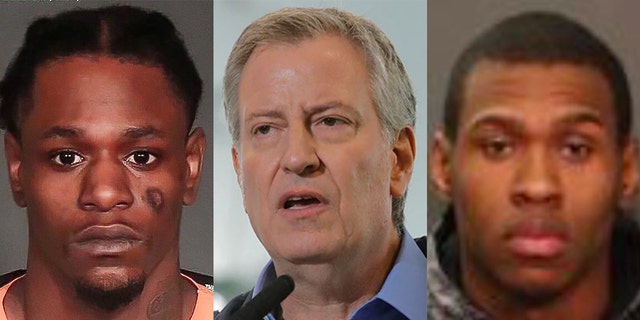 Another suspect, Nikim Meekins, had been accidentally released from Rikers Island following a court appearance on Monday.

Meekins, 22, was held on a $30,000 bail in connection to a shooting last summer. Meekins faced two charges, with one of the charges reduced to a $1 bail.

The clerk mistakenly marked him to be released on both charges, even though the other bail remained outstanding.

“The clerk annotated the paperwork as $1 bail on the gun case correctly but mistakenly indicated ROR [released on their own recognizance] on the attempted murder case,” a court spokesman told The New York Post.

A judge issued a bench warrant for Meekins following the error, and Meekins returned to prison at midnight on Thursday.

The two errors occurring in such a short timeframe raises questions over the security of the city’s prison system, especially as authorities have yet to recapture Buggs.

The mayor’s office did not return Fox News’ request for comment Friday.