Wellington: In the hope of luring more tourists, New Zealand is ditching a requirement for travellers to produce a negative COVID-19 test before arriving in the country.

On Thursday, COVID-19 Minister Ayesha Verrall announced New Zealand’s pre-departure testing regime would be axed for all arrivals as of Tuesday June 21.

Unvaccinated travellers will also be able, for the first time during the pandemic, to enter the country without quarantining.

The government’s shift comes ahead of the opening weekend of the ski season, with lifts already moving at South Island resorts following a large snow dump last week. 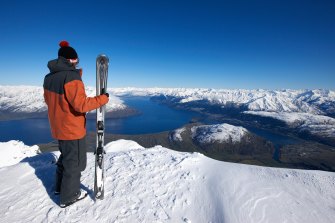 “For those people overseas who have been dreaming of international travel, my message is simple: New Zealand is open, and we’re ready to welcome you,” Nash said.

The ditching of testing requirements follows a similar shift from Australia in April, and the United States earlier this month.

Local tourism figures believe New Zealand was missing out on tourists – particularly short-term visitors – due to the requirement.

Verrall, an infectious-diseases physician, said the government believed “the challenges pre-departure tests pose to visitors are now no longer outweighed by the public health benefits”.

“Factors such as the availability of, and cost of, getting a test are increasingly becoming a barrier for people intending to travel here, especially as other countries wind back testing availability or the requirement for a test on entry themselves,” she said. 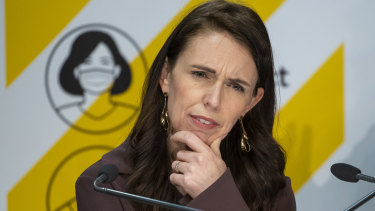 Professor Michael Plank, from the University of Canterbury, said pre-departure tests were “costly, onerous, and don’t provide any useful information about new variants”.

“They were a useful extra layer of defence in the past when prevalence of the virus in New Zealand was very low, but they have outlived their usefulness now,” he said.

New Zealand relentlessly chased an elimination strategy earlier than other countries in the pandemic, locking out COVID-19 for much of the first two years.

The arrival of the Omicron variant earlier this year proved a game-changer, with the government gradually relenting on many measures such as mandatory quarantine for local cases, contact tracing and vaccine mandates.

Mask-wearing rules remain for many indoor settings in New Zealand, including public transport and retail, with Verrall indicating this was unlikely to be reviewed during winter.

COVID-19 cases in New Zealand remain doggedly high but on the decrease.

The seven-day rolling average of cases was at 5777 on Wednesday, down from 6035 last week, and well down from the peak of over 20,000 daily cases experienced in March.

On Wednesday, there were 11 COVID-related deaths, with a seven-day rolling average of 13.

At the start of the year, New Zealand had a total of about 50 COVID-related deaths during the pandemic.

“We’ve taken a careful and staged approach to reopening our borders to ensure we aren’t overwhelmed with an influx of COVID-19 cases,” Verrall said.

“Our strategy has worked and as a result it’s safe to lift pre-departure test requirements much sooner than planned.”